January 15, 2014 at 5:30 PM ET by Megan Slack
Twitter Facebook Email
Summary:
The Next Generation Power Electronics Innovation Institute in North Carolina will bring leading companies, universities, and federal research together under one roof to help develop the next generation of power electronics.

President Obama made two stops during his trip to Raleigh today: the first to tour a company called Vacon, where workers design the drives that power everything from elevators to the giant fans that help cool buildings, and the second to deliver remarks at North Carolina State University, home of one of the largest undergraduate engineering programs in the country.

“The reason I came here today is because we've got to do more to connect universities like NC State with companies like Vacon to make America the number-one place in the world to open new businesses and create new jobs,” President Obama explained.

And, to help make Raleigh-Durham a magnet for the good, high-tech manufacturing jobs that we need to grow the middle class and keep this country on the cutting edge, President Obama announced today that the area will be home to the nation’s newest manufacturing innovation hub.

Like the hub launched in Ohio last year to develop and train workers in 3-D printing technology, the Next Generation Power Electronics Innovation Institute in North Carolina will bring leading companies, universities, and federal research together under one roof to help develop the next generation of power electronics.

“Folks at this hub are going to develop what are called ‘wide bandgap semiconductors,’” President Obama said. 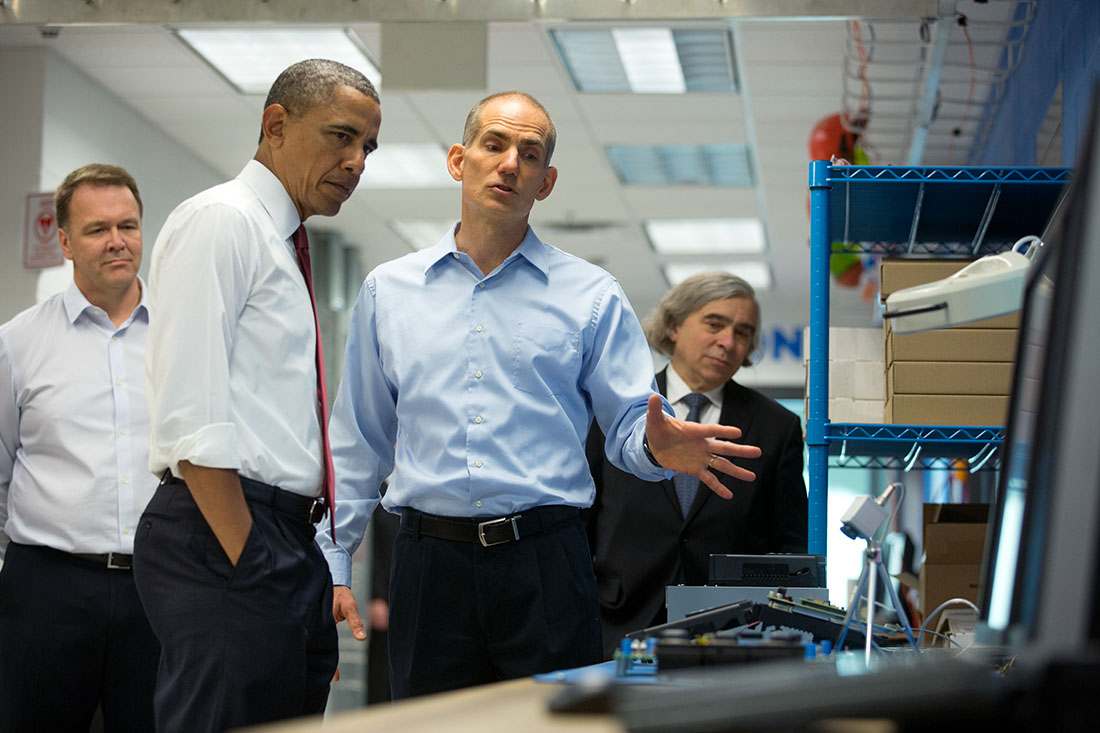 “For all you non-engineers out there,” he said, “here’s what it means in the simplest terms.”

Semiconductors, obviously, are at the heart of every piece of the electronics that we use every day -- your smartphone, your television set, these days everything … Wide bandgap semiconductors, they’re special because they lose up to 90 percent less power; they can operate at higher temperatures than normal semiconductors.

So that means they can make everything from cell phones to industrial motors to electric cars smaller, faster, cheaper. 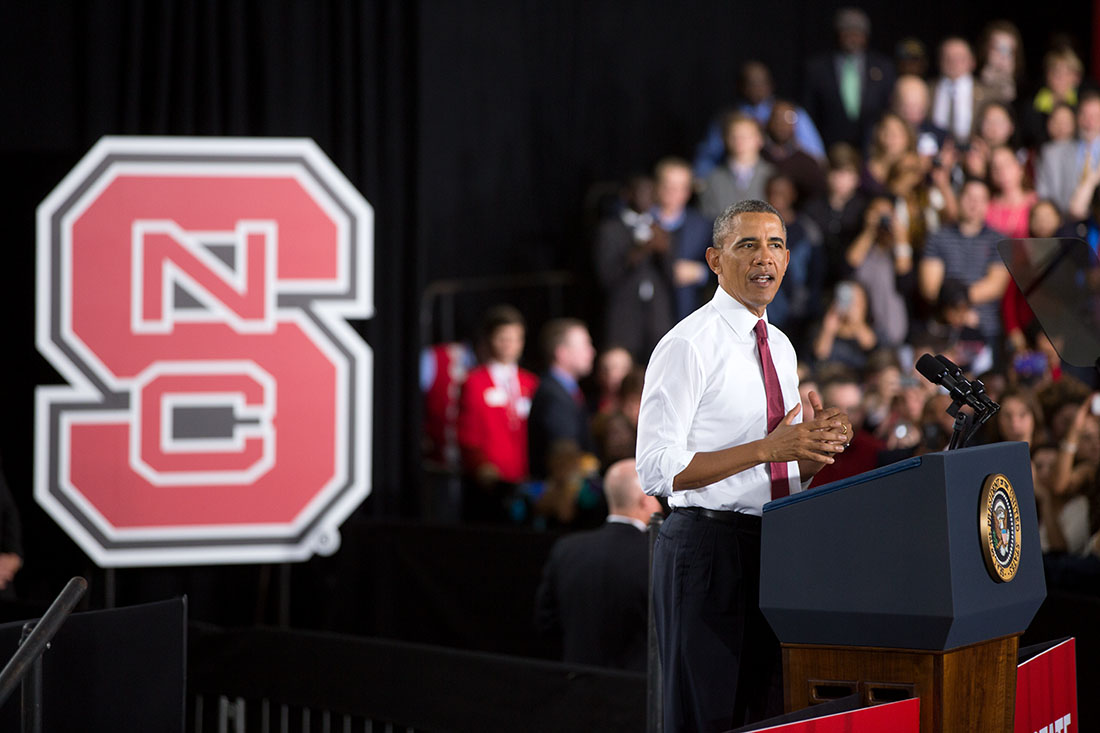 President Obama first called on Congress in his 2013 State of the Union to create a network of manufacturing hubs all across the country. Over the summer, he encouraged lawmakers to pass legislation supporting an even larger network of 45 hubs.

Absent Congressional action, President Obama has directed his administration to move forward where they can, and today he said that in addition to the hubs in Ohio and North Carolina, plans are underway to launch two more in the coming weeks.

Together, these hubs will “help build new partnerships in areas that show potential,” President Obama said. “They’ll help to lift up our communities. They’ll help spark the technology and research that will create the new industries, the good jobs required for folks to punch their ticket into the middle class.”

And that’s what America is all about. We have always been about research, innovation, and then commercializing that research and innovation so that everybody can benefit.  And then we start selling our stuff all around the world, we start exporting it.  And we create good jobs, and middle-class families then are able to buy the products that result from this innovation.  And you get a virtuous cycle where everybody is doing better, and nobody is left behind.  And that’s what we can do if we pull together the way those companies and universities have pulled together as part of this bid.