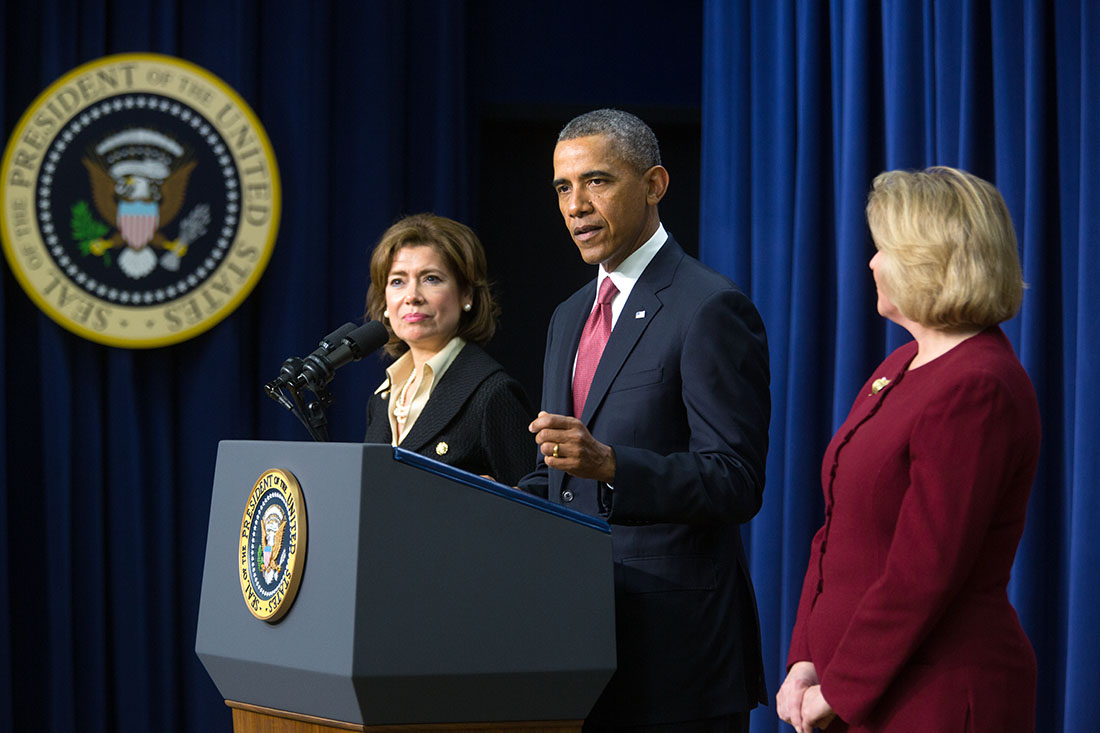 America’s small businesses are on the front lines when it comes to creating jobs and new opportunities. They are the cornerstones of our communities, and can help lead the way as we continue to grow the economy and add jobs in the coming year.

“They’re part of the pact that America makes -- the idea that if you work hard, if you take responsibility, then you can build something new,” President Obama said today.

“And that’s the dream that brought generations of hardworking immigrants to our shores, and that’s the idea that drives small business owners to create new products and expand their businesses every single day.”

Maria Contreras-Sweet, who President Obama announced this afternoon as his nominee to lead the Small Business Administration, knows first hand what it means to start a small business, and has a proven track record of helping other small businesses succeed.

She’s the founder of ProAmérica Bank, the first Latino-owned business bank in California in over 30 years. Its focus is small and medium-sized businesses in Latino neighborhoods. So not only did she start small businesses, but those have also been her customers, and she understands all too often that the lack of access to capital means a lack of opportunity.

As Secretary of the California Business, Transportation and Housing Agency, Maria was the driving force behind major job creation and major public investments in infrastructure and in housing.

As a consultant, she helped companies expand into the Latino market. She’s a champion of women-owned and family-owned businesses … And as someone who moved to California from Mexico as a young girl, and whose mother worked long hours to support Maria and her five siblings, she knows firsthand the challenges that working families and recent immigrants are facing.

“So as we work to keep our economy growing, Maria will be charged with looking for more ways to support small businesses,” President Obama said, “to help them get that good idea off the ground, to expand, to hire, to sell their products and ideas not only in our domestic markets, but also overseas.  And I’m absolutely confident that she is going to do an outstanding job as our Small Business Administrator.”