Three out of Four Americans Agree: It’s Time to Raise the Wage

Ed. note: This is cross-posted from Work in Progress, the official blog of the U.S. Department of Labor. See the original post here.

Today I went up to Capitol Hill, on behalf of the president, to join Leader Nancy Pelosi and Rep. George Miller in supporting an increase in the federal minimum wage to $10.10 an hour.

Even though we won’t recognize the holiday until Monday, today is actually Dr. Martin Luther King Jr.’s 85th birthday. And in championing this cause, we are carrying forward his legacy. In 1966, he said:

But it’s not just civil rights visionaries who have understood the imperative of wage growth. Exactly 100 years ago, no less a capitalist than Henry Ford took an unheard-of step — he doubled the wages of the workers on his Dearborn, Mich., assembly line, with this explanation:

If we can distribute high wages, then that money is going to be spent and it will serve to make storekeepers and distributors and manufacturers and workers in other lines more prosperous and their prosperity will be reflected in our sales. Countrywide high wages spell countrywide prosperity.

That’s why 75 percent of Americans − including so many business leaders I speak to − support a higher federal minimum wage. That’s why there’s a proud bipartisan history of raising the wage. 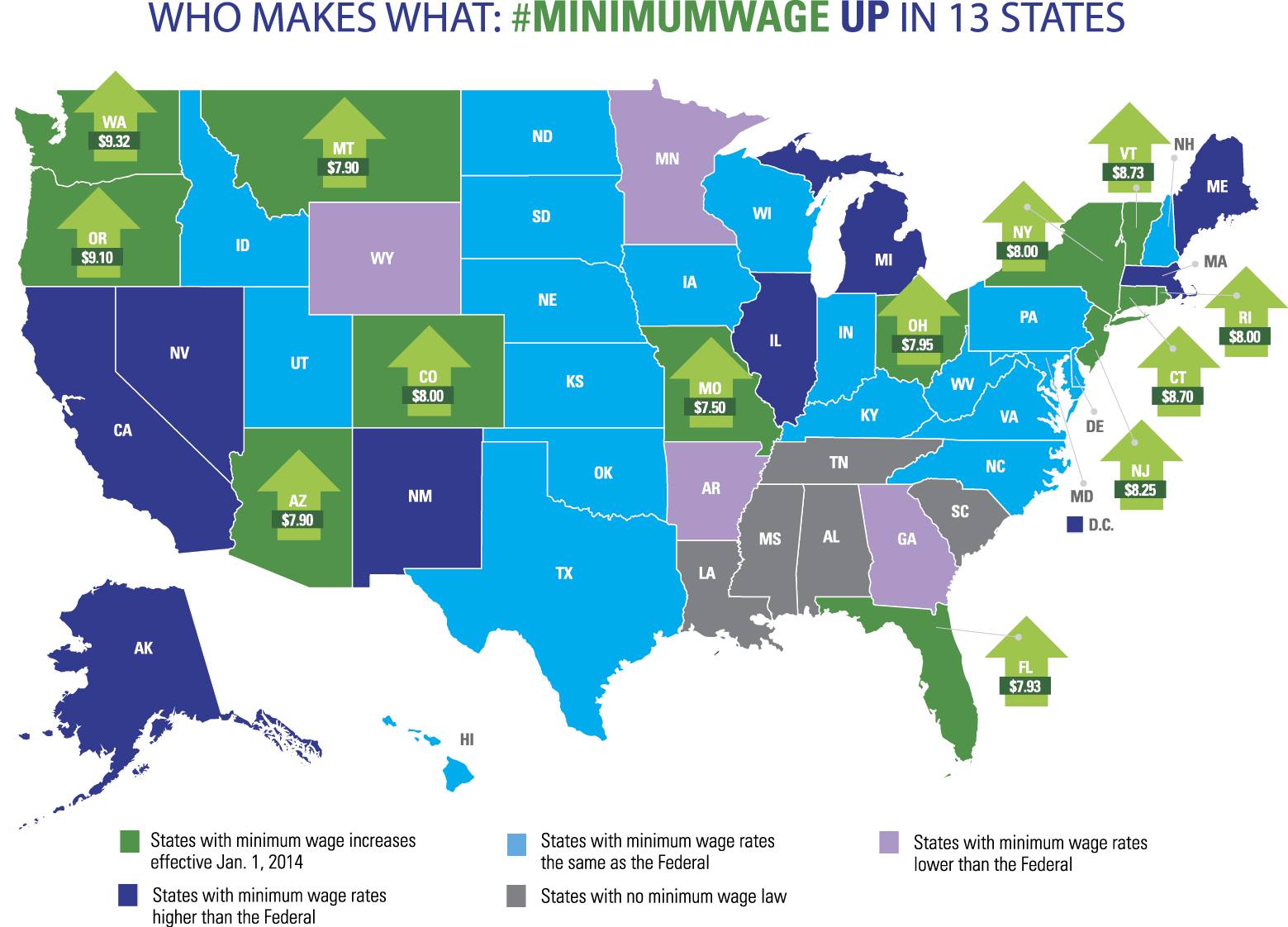 Who Makes What: #MinimumWage Up in 13 States (Department of Labor)

The typical minimum wage earner is a provider and a breadwinner – most likely a woman – responsible for paying bills, running a household and raising children. How can we expect her to get by on a wage that, in real terms, isn’t worth as much as it was in the 1950s?

The value of the minimum wage simply hasn’t kept up with the cost of living, including the essentials a family needs to survive: a gallon of milk, a gallon of gas, monthly rent, a pair of children’s shoes and more.

Wages also haven’t kept up with workers’ output. Since 1979, productivity has increased more than 90 percent, but real average hourly earnings have gone up only 3.2 percent.

President Obama believes that income inequality is one of the most pressing matters facing the nation. If we are going to be a country that provides ladders of opportunity and believes in a thriving middle class, then we have to raise the minimum wage.

But don’t take my word for it. In recent weeks, I’ve had the privilege of meeting with many low-wage workers – proud men and women who want nothing more than a fair day’s pay for a fair day’s work. I’ve looked into their eyes and seen their struggle and their sacrifice; their dignity and self-respect.