Honoring Those Who Continue to Serve on MLK Day 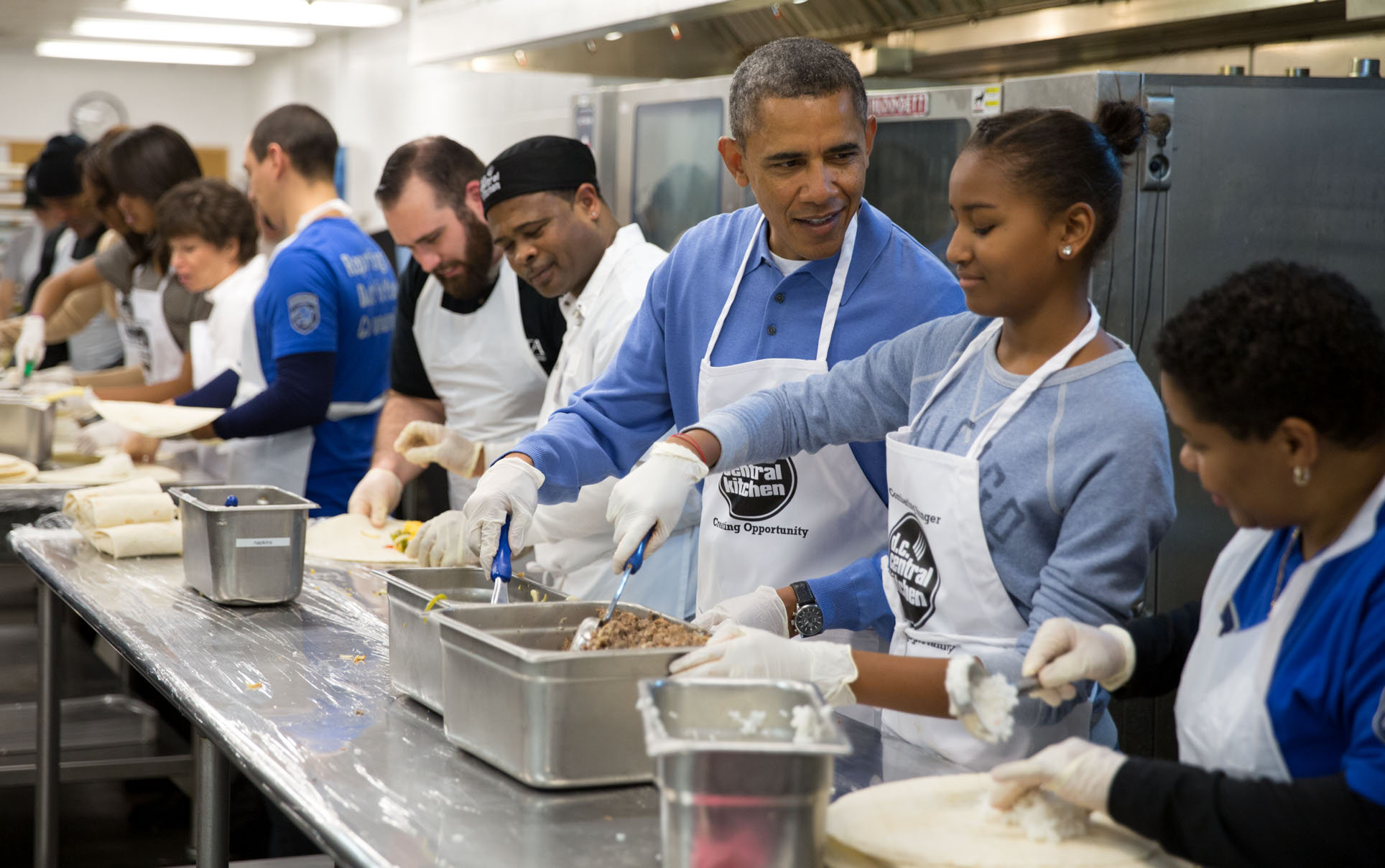 Today, on Martin Luther King, Jr. Day, we honor Dr. King, who believed in a nation of freedom and justice for all, by encouraging all citizens to make the effort to serve their community through volunteering.

The MLK Day of Service is a way to transform Rev. Dr. Martin Luther King, Jr.’s life and teachings into community action that helps solve social problems. To honor Dr. King’s legacy and those that continue to serve, the First Family participated today in a service project at the DC Central Kitchen, where they prepared meals for distribution to local shelters. They served alongside veterans who have continued to serve in their communities through programs and organizations such as DC Central Kitchen, AmeriCorps VISTA, The Mission Continues, Team Rubicon, Teach for America, and Team RWB. Joining Forces is proud to recognize DC Central Kitchen and the following veterans who continue to serve.

Celebrating its 25th anniversary today, DC Central Kitchen (DCCK) is the nation’s first and leading community kitchen. DCCK turns local produce and leftover food into 5,000 daily meals for struggling individuals and families. A portion of the meals are prepared by unemployed, severely at-risk men and women enrolled in the landmark Culinary Job Training program (CJT). CJT enrolls unemployed adults overcoming homelessness, addiction, and incarceration in a 14-week professional education program and prepares them for success in the kitchen and in life. DCCK has helped veterans with CJT, which has led to employment and entrepreneurship opportunities for them.

Aaron Parlier is a United States Army veteran who has continued his service through AmeriCorps. His optimism, determination, and passion for the outdoors has resulted in the first State Park bouldering and multi-use trail in Virginia. After serving in the United States Army as a paratrooper, Aaron joined the Virginia State Parks Interpretive Project AmeriCorps program while at Virginia Tech.

Yolanda Adams joined the United States Navy as a Fleet Marine Force Hospital Corpsman and served 24 years in the military. Yolanda earned a Mission Continues fellowship with The Bridge to Freedom Foundation, a young nonprofit that focuses on helping survivors of modern day slavery become self-sufficient and transition from slavery to freedom.

Anthony Bari, Jr is a United States Marine Corps veteran who has continued to serve both through a Mission Continues Fellowship and as a volunteer with Team Rubicon. Anthony earned a Mission Continues fellowship with The United Way Campaign, where he works with middle school students as a tutor and mentor. In November 2013, Anthony joined Team Rubicon’s Operation: Seabird to provide disaster relief in the Philippines following Super Typhoon Haiyan.

We encourage every American to follow the example of these veterans and organizations and find ways to serve their community. From volunteering at a local charity, to creating care packages for our overseas deployed service members, or working at a non-profit, there are many ways to serve.

To learn more about getting involved in your local community, visit serve.gov.

Commander Cara LaPointe, US Navy, is a White House Fellow in the Office of the First Lady