The Most Accessible and Interactive SOTU Yet

January 27, 2014 at 1:47 PM ET by Nathaniel Lubin
Twitter Facebook Email
Summary:
For the 2014 State of the Union, the White House is rolling out a series of new online features designed to improve accessibility and interactivity. 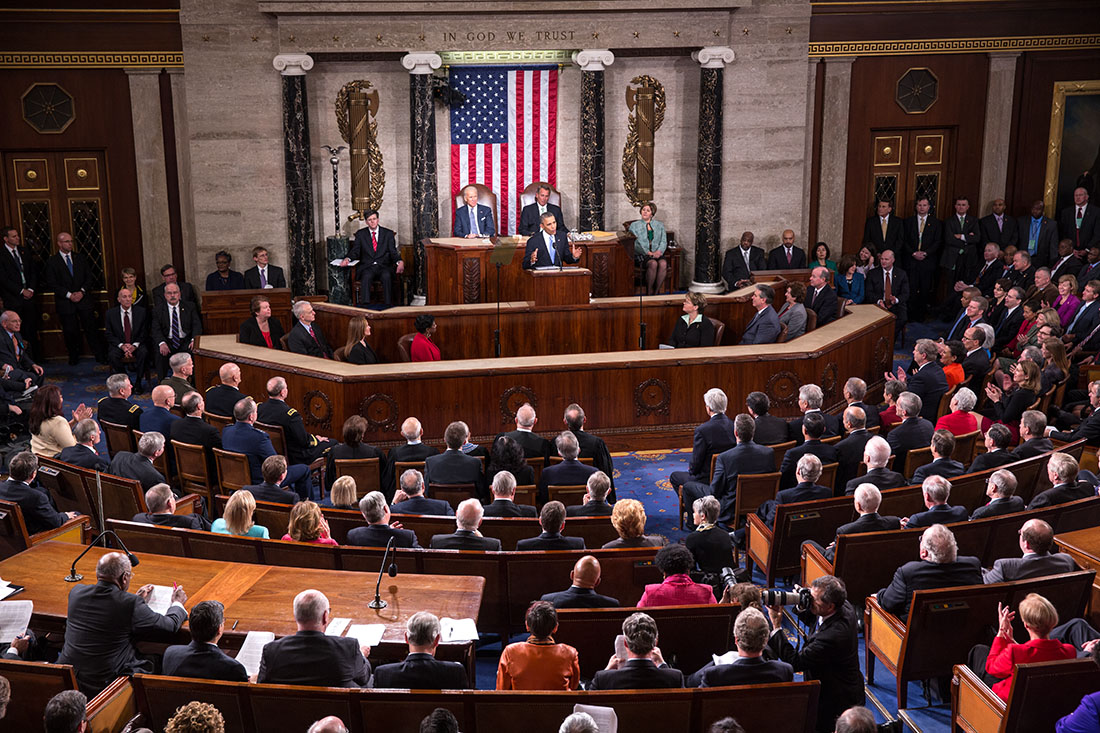 President Barack Obama delivers the State of the Union address in the House Chamber at the U.S. Capitol in Washington, D.C., Jan. 28, 2014. (Official White House Photo by Amanda Lucidon)

For the 2014 State of the Union, the White House is rolling out a series of new online features designed to improve accessibility and interactivity. We're making an effort to give you a look inside the State of the Union process – however you want to engage.

Last week, we launched WhiteHouse.gov/SOTU, a new, fully "responsive" page that provides desktop, tablet, and mobile visitors an identical experience, dynamically optimized for their specific device. Users can RSVP for the speech and receive dedicated updates, dig deeper and learn more with exclusive content like behind-the-scenes access on the speech-writing process, a series of "Day in the Life" Instagram "take-overs" from senior administration officials, and more. And we've made it easier than ever to share this content with your social networks – particularly during our exclusive enhanced live broadcast – to help you spread the word.

An "Enhanced" Speech with Live Sharing
Since 2011, we've streamed "enhanced" versions of President Obama's State of the Union on WhiteHouse.gov with official charts, data, and other graphics to illustrate the facts that explain why the President has taken specific positions. This year we've added a new live social media feature, so you'll be able to share these graphics and other dynamic content via Twitter in real time during the speech. Check it out – this will be your best option for where to watch the speech.

A "Two Screen" Experience
Watching on TV? No problem. You can still get an exclusive enhanced experience too. Check out WH.gov/SOTU with your tablet or smartphone, and click the "watching on TV?" tab to minimize the live stream, and optimize your view of the enhanced slides, live share functionality, and all the other exclusive White House content

Responsive Design
The 2014 State of the Union Address will mark the first time that a major event will be published in a responsive format on the White House website. The White House has developed responsive site features in the past, but this is our biggest undertaking to date. And in the coming months, we'll be extending this functionality across WhiteHouse.gov, with the goal of making the entire site fully responsive.

Other Ways to Watch
In addition to the live enhanced version of the speech on WhiteHouse.gov/SOTU, you can also tune in live on Facebook, YouTube, Google+ and through our mobile app.

Keeping The Conversation Going
It doesn't end just because the speech is over. Following the speech, the page will not only have the full, enhanced video of the speech, but all of the additional White House content published before and during the speech, optimized for sharing with your social networks. Then on Wednesday, January 29th, with a nod to history (and maybe the TV show the West Wing), the Obama Administration is hosting the first-ever virtual "Big Block of Cheese Day," during which dozens of White House officials will take to social media for a day long open house to answer questions from everyday Americans in real-time on Twitter, Facebook, Tumblr, Instagram and via Google+ Hangout. And on Friday, you can join the President on a virtual road trip across the country via Google+ Hangouts. Want to join in? Learn more about how you can ask questions and tune in.

Former Director for the Office of Digital Strategy