January 29, 2014 at 6:24 PM ET by Becky Fried
Twitter Facebook Email
Summary:
We convened a portion of the Nation’s geeky brain trust to discuss continuing the tradition of scientific breakthroughs and discoveries. 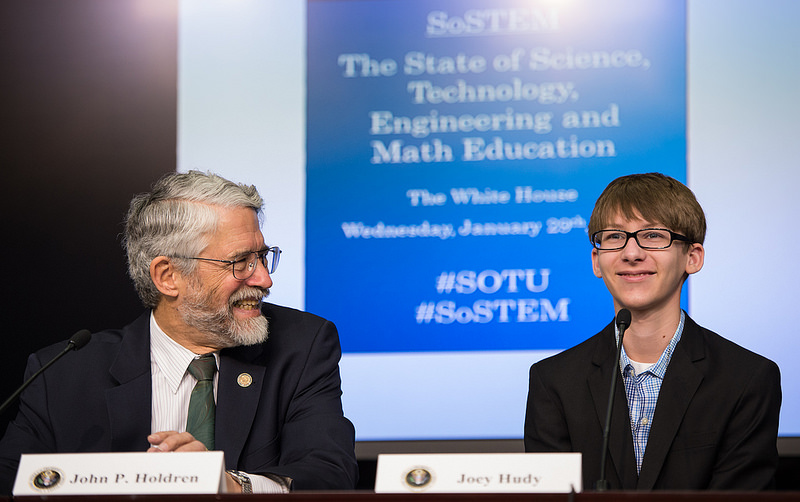 Dr. John P. Holdren, Assistant to the President for Science and Technology and Director of the White House Office of Science & Technology Policy, left, smiles along with 16-year-old Joey Hudy, a former White House Science Fair participant and self-described “Maker” at the annual White House State of Science, Technology, Engineering, and Math (SoSTEM) address, Wednesday, Jan. 29, 2014, in the South Court Auditorium in the Eisenhower Executive Office Building on the White House complex in Washington. (Photo by NASA/Bill Ingalls)

Then, so did nearly 100 inquisitive DC-area middle- and high-schoolers and five kid-reporters from Time Magazine for Kids, National Geographic for Kids, and Montgomery Blair High School’s Silver Chips online newspaper. Together, this cadre comprised the second-ever State of Science, Technology, Engineering, and Math – or “SoSTEM ” –  event at the White House.

Yes, this morning, in celebration of President Obama’s passionate STEM-centric messages at last night’s State of the Union address, the White House convened a portion of the Nation’s geeky brain trust, along with America’s next generation of innovators and budding reporters to discuss steps the Administration is taking to continue the tradition of scientific breakthroughs and discoveries that has long made our country great. 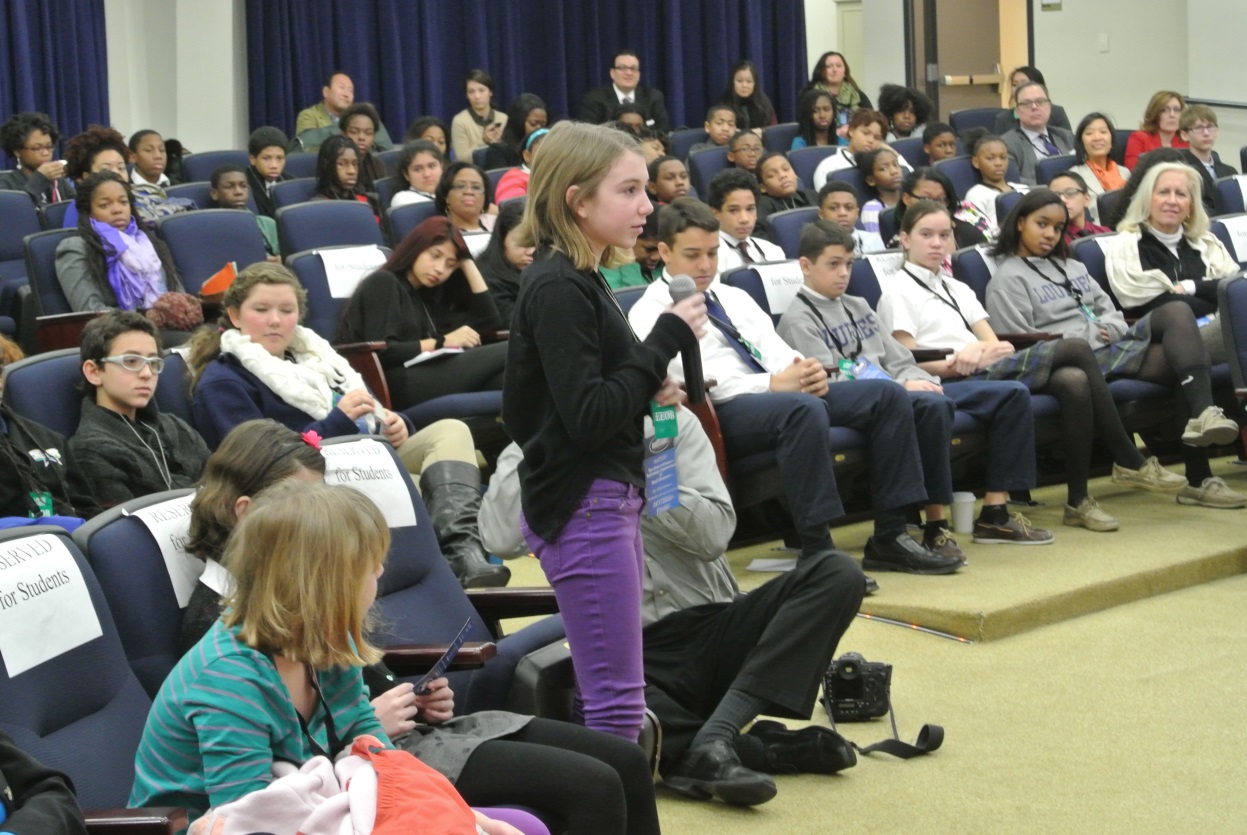 Nearly 100 DC-area middle- and high-school students raised their hands to ask questions of some of the Nation's top science and technology innovators at the second-annual White House State of Science, Technology, Engineering, and Math ("SoSTEM") event on January 29, 2014, in Washington, DC. (Photo by Lindsey Wagner-Oveson)

In his State of the Union address last night, President Obama said:

“We know that the nation that goes all-in on innovation today will own the global economy tomorrow. This is an edge America cannot surrender. Federally funded research helped lead to the ideas and inventions behind Google and smartphones. And that’s why Congress should undo the damage done by last year’s cuts to basic research so we can unleash the next great American discovery.”

At SoSTEM, the President’s Science Advisor, John P. Holdren, reiterated that point, making the case to students that it is indeed the responsibility of government to provide funding for basic science—science that is so fundamental and still so uncertain that no company hoping to make a profit would ever take a chance on it. These are the far-fetched and seemingly impossible ideas born in garages, and the almost-crazy notions that researchers are testing in the world’s most cutting-edge labs. Such efforts have a high chance of never panning out, but when they do, they are game changing.

Dr. Holdren also shared with students his personal passion for science—admitting, “I’m almost 70 years old, and I wish I could live for another 70 years,” just to see and know all that we will learn and discover about this planet and beyond.

Then, in a panel-style question-and-answer discussion that prompted more eager hand-raises than could possibly be called upon in 30 minutes, students heard from leading robotics expert at the Defense Advanced Research Projects Agency Gill Pratt about his earliest STEM inspiration (building a robot that could clean his bedroom); White House innovation expert Cristin Dorgelo about some of the coolest innovations inspired by public prizes (a way of cleaning up spilled oil from the ocean that’s four times better than any on the market); young environmentalist Tyrone Davis about how his energy-efficiency innovations landed him beside the First Lady in her State of the Union box; and kid “Maker” Joey Hudy about the Marshmallow Cannon that shot him to fame at the 2012 White House Science Fair.

The panel was followed by a passionate declaration by US Chief Technology Officer Todd Park of his continued love affair with open data and all of the mysteries and possibilities that “liberated data” can help to unlock. He encouraged his young audience to take full advantage of the data revolution, exclaiming, “Data has the power to fuel and launch your first company, and your second and your third and your fourth!” Then he scanned the room and issued a challnege: “Someone in this room will tap into our country’s open data treasure chest… who will it be?”

After a brief video message from astronauts currently orbiting 250 miles over the Earth, aboard the International Space Station (!!), students had the rare opportunity to quiz two astronauts with in-space experience – Joe Acaba and Leland Melvin (also a former professional football player – could this guy get any cooler?) – as well as the eight members of NASA’s 2013 Astronaut Candidate Class about what it takes to be an astronaut and what it feels like to float in “Zero-G.”

Acaba clued the kids in to what’s it’s like in NASA’s zero-gravity simulator, known fondly to astronauts-in-training as the “vomit comet,” and Leland stressed just how cool it is use one’s STEM knowledge as a ticket to space. 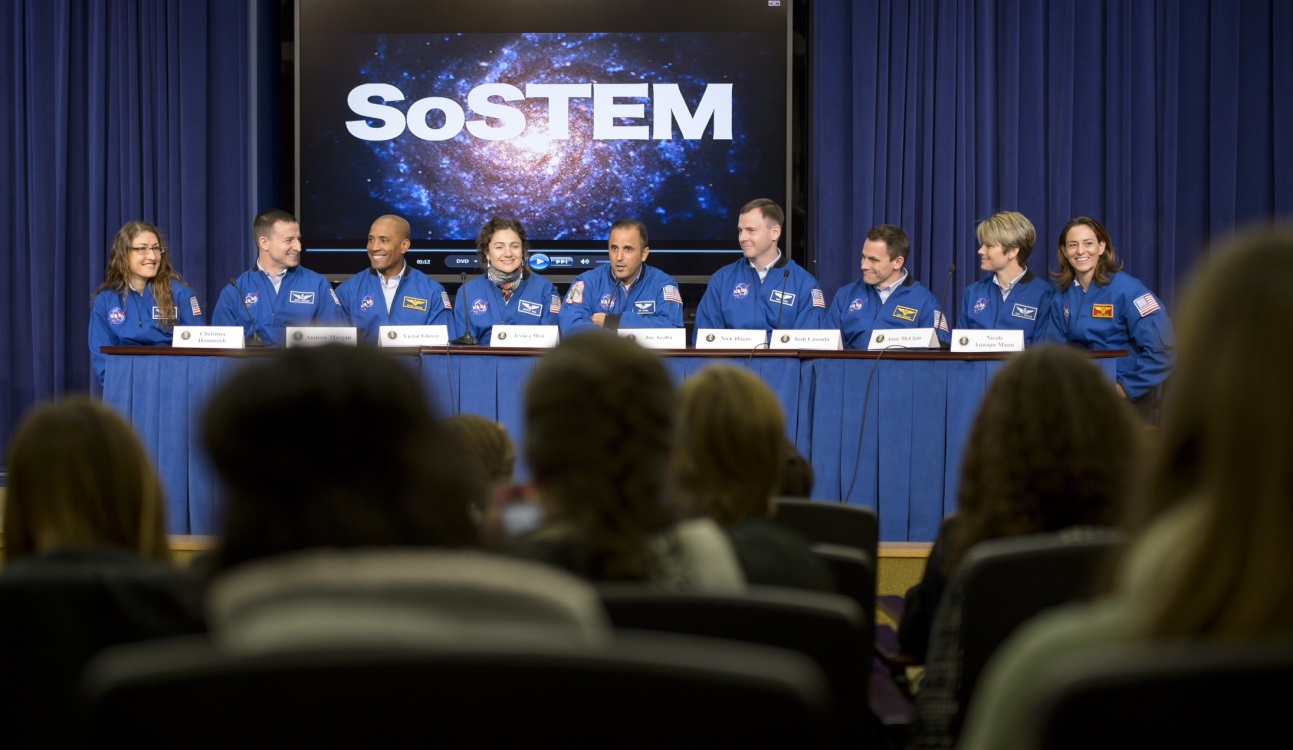 The astronauts-to-be were asked by students to share many kinds of advice, including for young girls who are interested in studying science or potentially one day going to space. Candidate Anne McClain was quick to oblige, offering, “every time you succeed at doing something scary, it will be less scary the next time... don’t be afraid to raise your hands and keep moving forward.”

Another student shared that she herself is a military kid and asked the candidates how military experience is helpful when training to go to space. Victor Glover, who in addition to  being a candidate astronaut is also a Lt. Commander in the U.S. Navy, answered that the military prepares you to face big challenges, use critical thinking, and most importantly – to learn how to lead diverse groups of people. All of those skills, he said, can help you in any line of work.

The final word of the day came from Astronaut Acaba, who surveyed the crowd and asked any teachers in the audience to rise and be acknowledged for all they do each day to keep America’s students engaged and inspired about the possibilities of STEM. Nearly a dozen stood to the sound of rousing cheers.

OSTP warmly thanks everyone who participated in #SoSTEM; we can’t wait to see you next year. 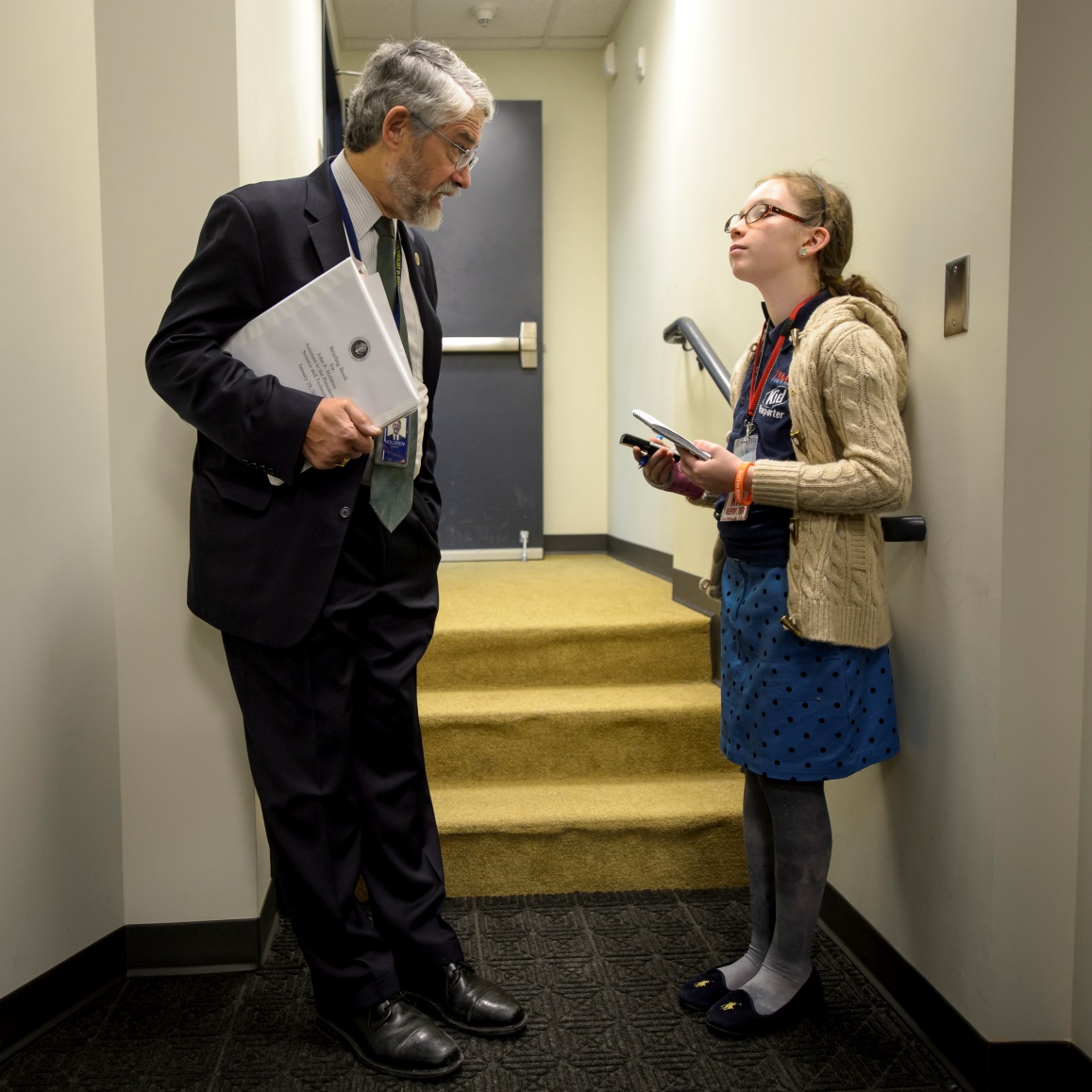 Dr. John P. Holdren, Assistant to the President for Science and Technology and Director of the White House Office of Science & Technology Policy, left, is interviewed by TIME for Kids reporter Grace Clark ahead of the annual White House State of Science, Technology, Engineering, and Math (SoSTEM) address, Wednesday, Jan. 29, 2014, in the South Court Auditorium in the Eisenhower Executive Office Building on the White House complex in Washington. (Photo by NASA/Bill Ingalls)

For more about what the Obama Administration is doing to inspire the next generation of STEM innovators, stay tuned right here, and follow @whitehouseostp on Twitter.

See more photos of the event, via NASA, here.