January 30, 2014 at 4:06 PM ET by Patricia Shiu
Twitter Facebook Email
Summary:
Getting to fair pay takes more than one agency or one advocate or one tool –- it’s everyone’s job.

Ed. note: This is cross-posted from the Department of Labor's (Work in Progress) blog. See the original post here.

President Obama demonstrated his commitment to equal pay with the first bill he signed as president: the Lilly Ledbetter Fair Pay Act on Jan. 29, 2009. In his State of the Union address five years later, President Obama again made a forceful argument for equal pay.

“Today, women make up about half our workforce,” he said. “But they still make 77 cents for every dollar a man earns. That is wrong, and in 2014, it’s an embarrassment. A woman deserves equal pay for equal work. … It’s time to do away with workplace policies that belong in a ‘Mad Men’ episode.” 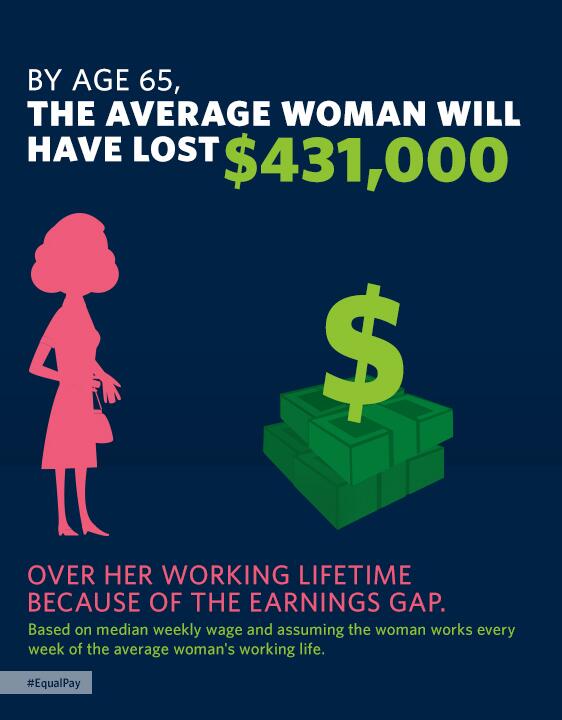 Lilly Ledbetter went for years without knowing she was the victim of pay discrimination. Unfortunately, her experience is all too common. So, at the Labor Department we are working to make it easier for women to learn about the pay gap and to take action to protect their rights. We’ve developed several tools to help women ensure that they’re receiving fair wages, such as the web and Smartphone apps developed in our 2012 Equal Pay App Challenge.

We’re also working very hard to make sure that employers abide by the law when it comes to paying their workers fairly. At the Office of Federal Contract Compliance Programs, while conducting audits we regularly collect and analyze data about how workers are being paid in order to find the “hidden discrimination” that they – like Ledbetter – don’t know about. Over the last four years, we have built up a pretty impressive record of fighting pay discrimination and winning, and winning and winning some more. I believe that trend will continue as we go forward.

Before I joined the Obama administration, I spent 26 years representing workers who had been affected by discrimination. And one thing I am sure of is that the best way to ensure equal pay is for workers to take an active role – to be their own best advocates.

With that in mind, here are three things every woman, and man, can do to mind the (pay) gap:

Closing the pay gap is not easy nor is it the job of any one entity. In other words, we can’t do this alone.

President Obama encouraged the nation to work together to address the economic challenges women face, saying: “This year, let’s all come together – Congress, the White House, and businesses from Wall Street to Main Street – to give every woman the opportunity she deserves.  Because I firmly believe when women succeed, America succeeds.”

At OFCCP, we will continue to make sure that employers understand and live up to their responsibilities under the law. We will also keep providing the information workers need to be their best advocates. Because getting to fair pay takes more than one agency or one advocate or one tool – it’s everyone’s job.