February 6, 2014 at 4:19 PM ET by Ricardo Zuniga
Twitter Facebook Email
Summary:
Haitian President Martelly's recent visit to the White House highlights the partnership between the United States and Haiti in aiding the nations recovery from the devastating 2010 earthquake. The visit served as an opportunity for the Presidents to discuss the way forward in Haiti, and how the United States can continue to support the Haitian government’s efforts to promote economic growth and strengthen Haiti’s democracy.

Today President Obama welcomed Haitian President Martelly to the White House. The visit served as an opportunity for the Presidents to discuss the way forward in Haiti, and how the United States can continue to support the Haitian government’s efforts to promote economic growth and strengthen Haiti’s democracy. The Presidents also discussed the close bonds between our two countries, anchored by the dynamic role of the Haitian American community in the United States. 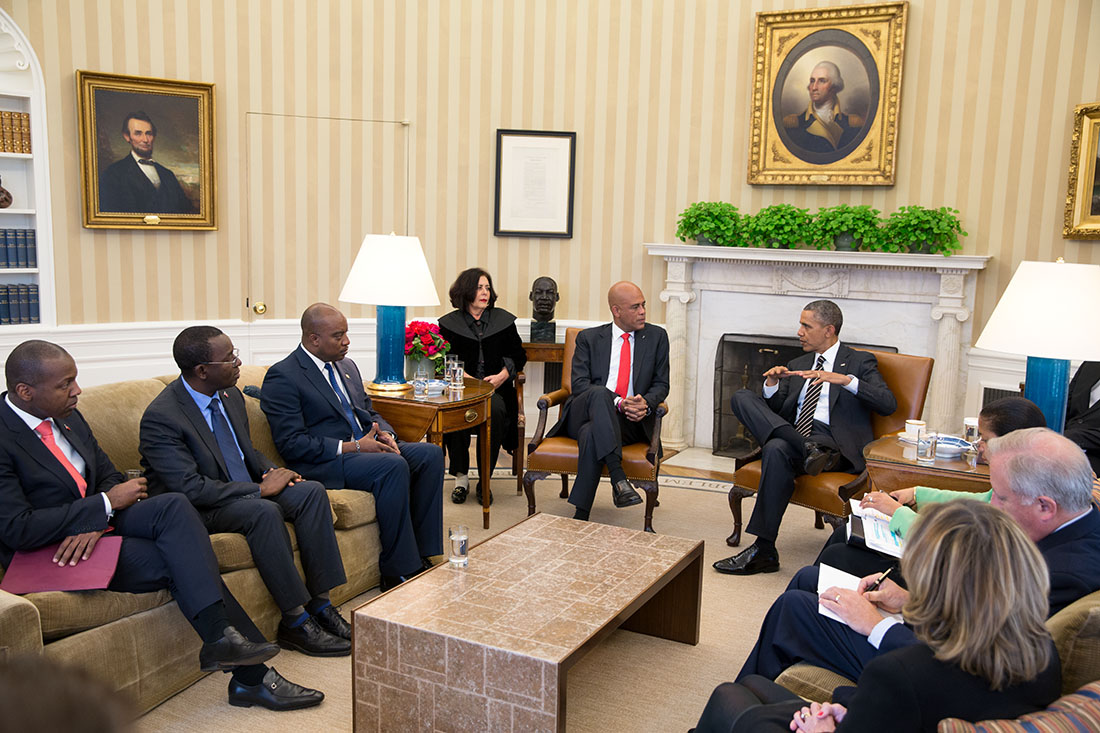 In recent years, much of our partnership has been focused on supporting Haiti’s recovery from the devastating 2010 earthquake, but our relationship is broader than short-term reconstruction alone. With our Haitian partners, we are making steady progress on a number of fronts. Nearly all earthquake rubble has been cleared away. More than 90% of Haitians have transitioned out of camps and into housing.  HIV/AIDS is on the decline. Cholera is down 83% from 2011 and the rate of fatality is below 1%. Crime is down. More than 2000 new members of the Haitian National Police are on the streets since 2011. GDP growth is on the rise (4% last year). Reliable access to electricity is up – with U.S. assistance having helped rehabilitate and upgrade 5 electrical substations in Port-au-Prince. Crop yields are improving thanks to better seeds, farming techniques, and improved market access provided to 100,000 farmers from USAID. More Haitian children are in school than ever before, including 60,000 students who were able to return to school following U.S. construction of more than 600 classrooms.

Haiti continues to face major challenges, but the country has demonstrated its resilience and is moving forward. As it does, the United States remains committed to working with Haiti to create the conditions for sustainable long-term development, stability, growth, and prosperity.