February 6, 2014 at 4:58 PM ET by Carri Twigg
Twitter Facebook Email
Summary:
At the United Auto Workers annual Community Action Program (CAP) Conference, the Vice President highlighted the contributions and sacrifices made by labor that led to the success of the auto industry recovery. 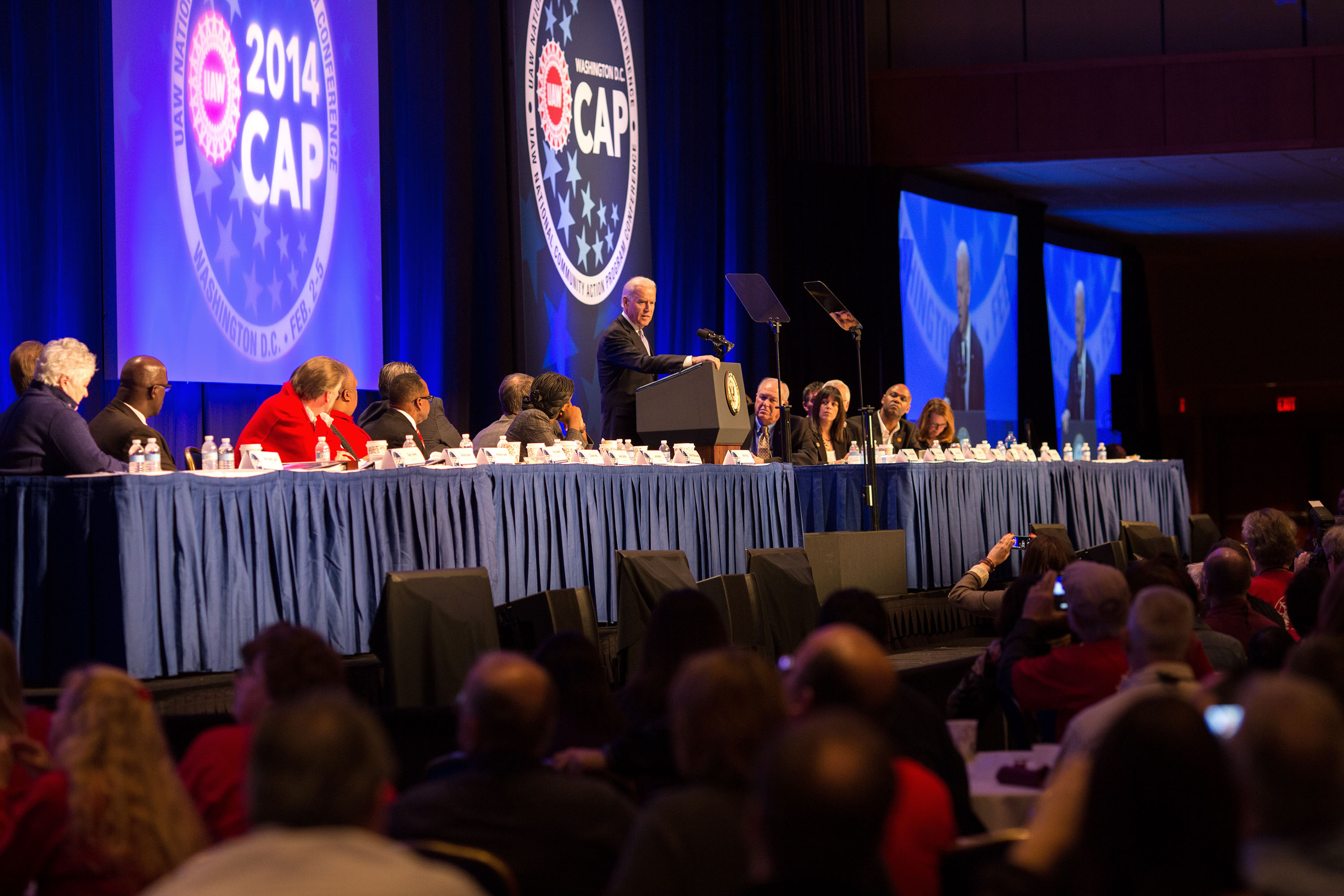 “Collective bargaining is the bedrock of our economy. It’s not just about you. It’s about economic growth,” the Vice President remarked at the United Auto Workers annual Community Action Program (CAP) Conference in Washington, D.C. on Wednesday February 5th.

His remarks highlighted the contributions and sacrifices made by labor that led to the success of the auto industry recovery.

“No one gave more at the office to rescue the industry than labor,” stated the Vice President and drawing attention to the layoffs, wage freezes, and reduction in health care benefits that employees sacrificed.

The Vice President told the crowd and reminded those listening that, “You guys at the UAW not only saved the auto industry, you saved the heartbeat of American manufacturing,” emphasizing that it was thanks to labor that Chrysler and General Motors emerged from bankruptcy. Since then, the industry has added 380,000 jobs; including 8,300 in December of 2013.

Vice President Biden also took the opportunity at the Conference to highlight the administration’s focus on creating partnerships between businesses and community colleges to train the workforce, fill the job gaps, and put the long-term unemployed back to work.

The Vice President closed by saying, “The American people, United Auto Workers, have always ended up choosing the right way in the end.  We led the way before, I’m counting on you leading the way again.”