This is “Not Your Father’s Farm Bill”

February 7, 2014 at 3:40 PM ET by Doug McKalip
Twitter Facebook Email
Summary:
Today, in East Lansing Michigan, on the campus of one of our nation’s first land grant colleges, President Obama signed into law the Agricultural Act of 2014, also known as the Farm Bill, or as Secretary Vilsack likes to call it – the Jobs Bill, the Research Bill, the Food Bill, etc. 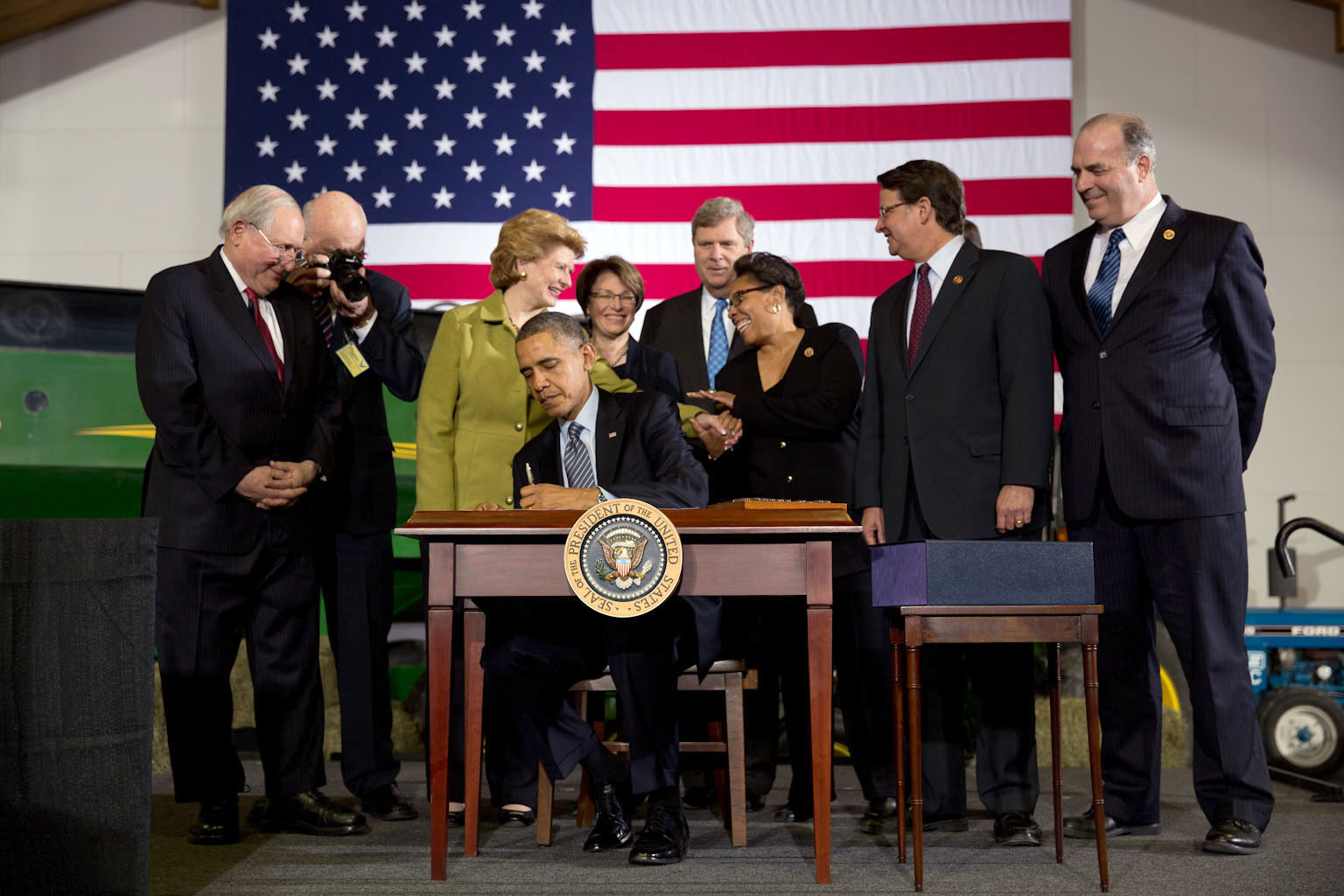 Today, in East Lansing Michigan, on the campus of one of our nation’s first land grant colleges, President Obama signed into law the Agricultural Act of 2014, also known as the Farm Bill, or as Secretary Vilsack likes to call it – the Jobs Bill, the Research Bill, the Food Bill, etc.

Passed with a strong, bipartisan vote, this law will not only grow the economy, create jobs and expand opportunity in rural America, but it also contains a variety of commonsense reforms that this Administration has consistently called for – reforms that will save taxpayers billions of dollars.

For example, due to outdated policies that were in place for decades, people with farm land could receive yearly payments from the federal government, whether they planted crops on that land or not. 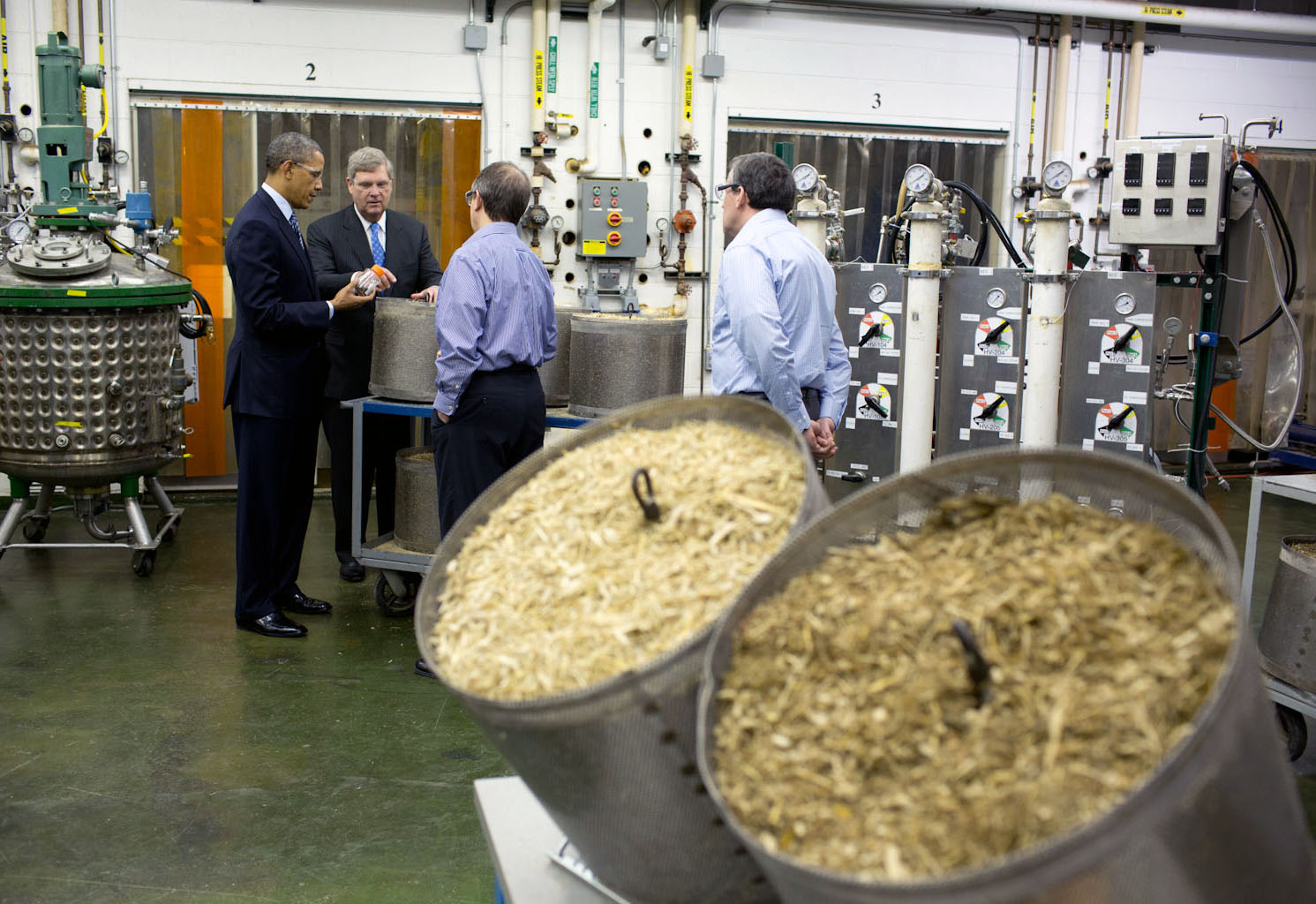 That clearly doesn’t make sense, so this law eliminates these “direct payments” and reforms the federal crop insurance program to make sure that we are being proper stewards of taxpayer dollars, while supporting our nation’s farmers when they are actually in need of our help.

In addition, this law empowers the Department of Agriculture to ensure that only those directly involved in a farming operation receive assistance.

See what I mean by commonsense reforms?

Also, since fewer and fewer people are taking up farming, the law also puts special focus on new and beginning farmers and ranchers, including our nation’s veterans, so that we can ensure that our country’s next generation of growers and producers get off to a good start.

It also provides new grants and loans for entrepreneurs—many of whom are just beginning to farm—that want to break into expanding markets for organic and locally- and regionally-grown foods. Money spent locally very often continues to circulate locally, expanding the potential for job creation in rural small businesses and spurring economic growth across the country.

And in order to ensure those future farmers and ranchers actually have land to farm and ranch on, this law consolidates, strengthens, and protects our conversation programs – notably in two important ways.

First, the law consolidates from 23 to 13 the number of different conservation programs, which reduces overhead costs, cuts down on duplication and confusion, and allows USDA to focus their efforts on the programs that are making the most difference.

Second, under the new law, if you participate in the federal crop insurance program, you must also practice sound crop management and conversation practices in order to protect wetlands and highly erodible soils, to make sure that the next generation has the workable land they need to thrive.

The bottom line is thanks to these commonsense reforms, decades in the making, we can continue to grow our rural economy, while saving the American taxpayers billions. That’s what we mean when we say “this is not your Father’s Farm Bill.”