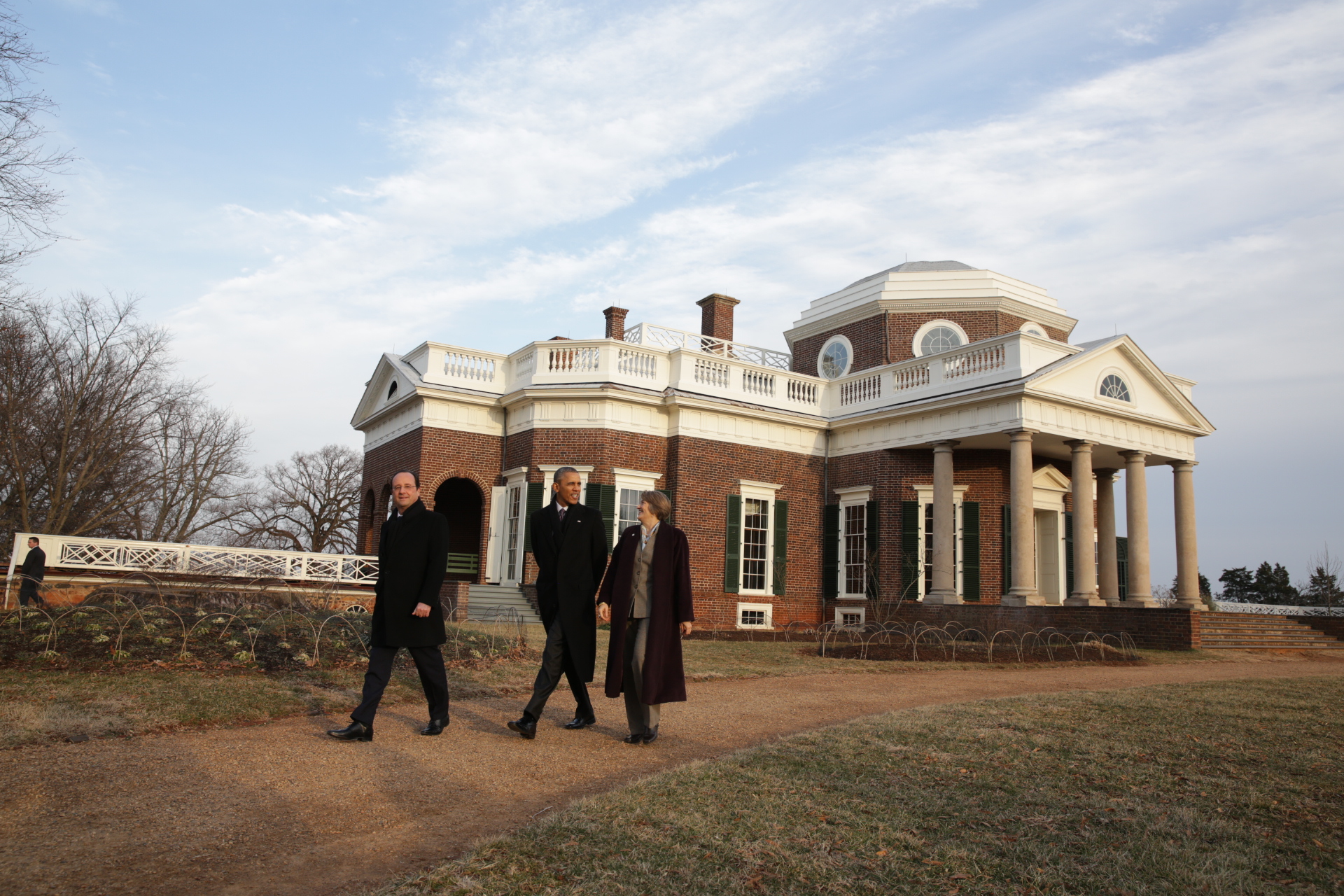 This afternoon, President Obama and French President François Hollande visited Monticello, the home of former President Thomas Jefferson, just outside of Charlottesville, Virginia. Jefferson, who drafted the Declaration of Independence, was a noted Francophile, and served as the U.S. Minister to France from 1785 to 1789.

Monticello, a UNESCO World Heritage Site, is widely regarded as an architectural masterpiece. Jefferson began work on his home at age 26, designing – and continually redesigning – the house following neoclassical principles.

Tomorrow morning, President Obama and the First Lady will welcome the French President to the White House, holding a state dinner in his honor tomorrow evening.

Take a look inside the kitchen as White House Chef Cris Comerford and Pastry Chef Bill Yosses take over the White House Instagram ahead of tomorrow's dinner.