5 Things to Know about Opioid Overdoses

February 11, 2014 at 9:00 AM ET by Cameron Hardesty
Twitter Facebook Email
Summary:
With the amount of media attention on overdoses right now, it's important to know the basics about the epidemic.

The abuse of opioids – a group of drugs that includes heroin and prescription painkillers – is having a devastating impact on public health and safety in communities across the Nation. With the amount of media attention focused on overdoses right now, it’s important to know the basics about the opioid overdose epidemic.

Here’s what we know: 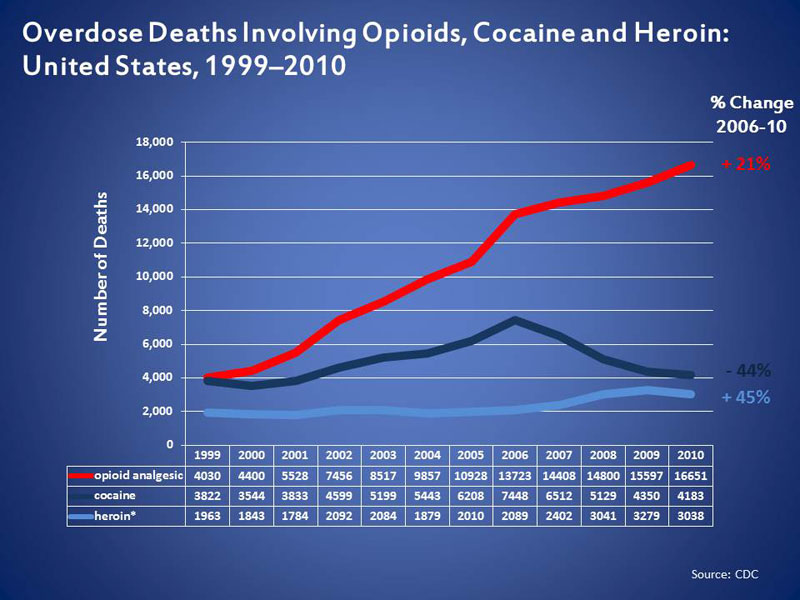 2. There is no such thing as a “good batch” of heroin versus a “tainted batch” of heroin.   Any heroin use can lead to a fatal overdose. We're aware of current reports of fentanyl by coroners and medical examiners in Pennsylvania, Rhode Island, New Jersey, Maryland, and Michigan, and are monitoring this closely.

3. Heroin and prescription drug abuse are not limited to any certain demographic or geographic area. We see the negative consequences associated with opioid drug use in urban and suburban areas, rural communities, and inner cities alike.  We have, however, seen indications that heroin use is increasing among young adults, which is a serious concern.

4. The vast majority of heroin in the United States comes from Colombia and Mexico, not Afghanistan, and we have not seen any evidence of a shift in this trend.  According to DEA, the amount of heroin seized at the Southwest border increased 324 percent from 2008 to 2013.[2] 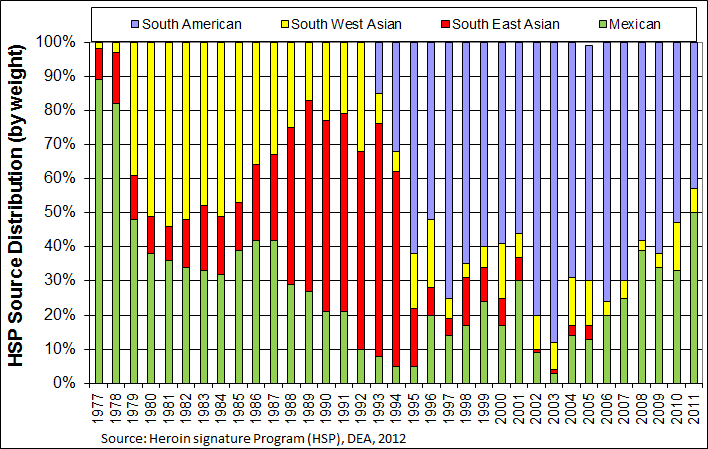 5. Every overdose is preventable.  The Obama Administration is encouraging first responders to carry the overdose-reversal drug naloxone. When administered quickly and effectively, naloxone immediately restores breathing to a victim in the throes of an opioid overdose.  Because police are often the first on the scene of an overdose, the Administration strongly encourages local law enforcement agencies to train and equip their personnel with this lifesaving drug. Seventeen states and the District of Columbia have amended their laws to increase access to naloxone, resulting in over 10,000 overdose reversals since 2001. We encourage everyone to learn more about naloxone. Used in concert with “Good Samaritan” laws, which grant immunity from criminal prosecution to those seeking medical help for someone experiencing an overdose, it can and will save lives. The map below shows which states have implemented Good Samaritan overdose laws and have taken action to increase access to naloxone: