Administration-Wide Response to the Drought

February 15, 2014 at 2:32 PM ET by Kasie Coccaro
Twitter Facebook Email
Summary:
President Obama headed to California to tour drought-affected areas and talk to those affected by impacts of one of the state’s worst droughts in over 100 years.

On Friday, President Obama headed to California to tour drought-affected areas and talk to those affected by impacts of one of the state’s worst droughts in over 100 years. While there, President Obama announced new actions that the Administration will take to help the farmers, ranchers, small businesses, and communities being impacted.

President Obama laid out these Administration actions while touring fields from Joe and Maria Gloria Del Bosque's farm that will lay fallow this year because of the drought:

First, we’re accelerating $100 million of funds from the farm bill that I signed last week to help ranchers. For example, if their fields have dried up, this is going to help them feed their livestock.

Second, last week, we announced $20 million to help hard-hit communities, and today, we’re announcing up to $15 million more for California and other states that are in extreme drought.

Third, I’m directing the Interior Department to use its existing authorities, where appropriate, to give water contractors flexibility to meet their obligations.

And fourth, I’m directing all federal facilities in California to take immediate steps to curb their water use, including a moratorium on water usage for new, non-essential landscaping projects. 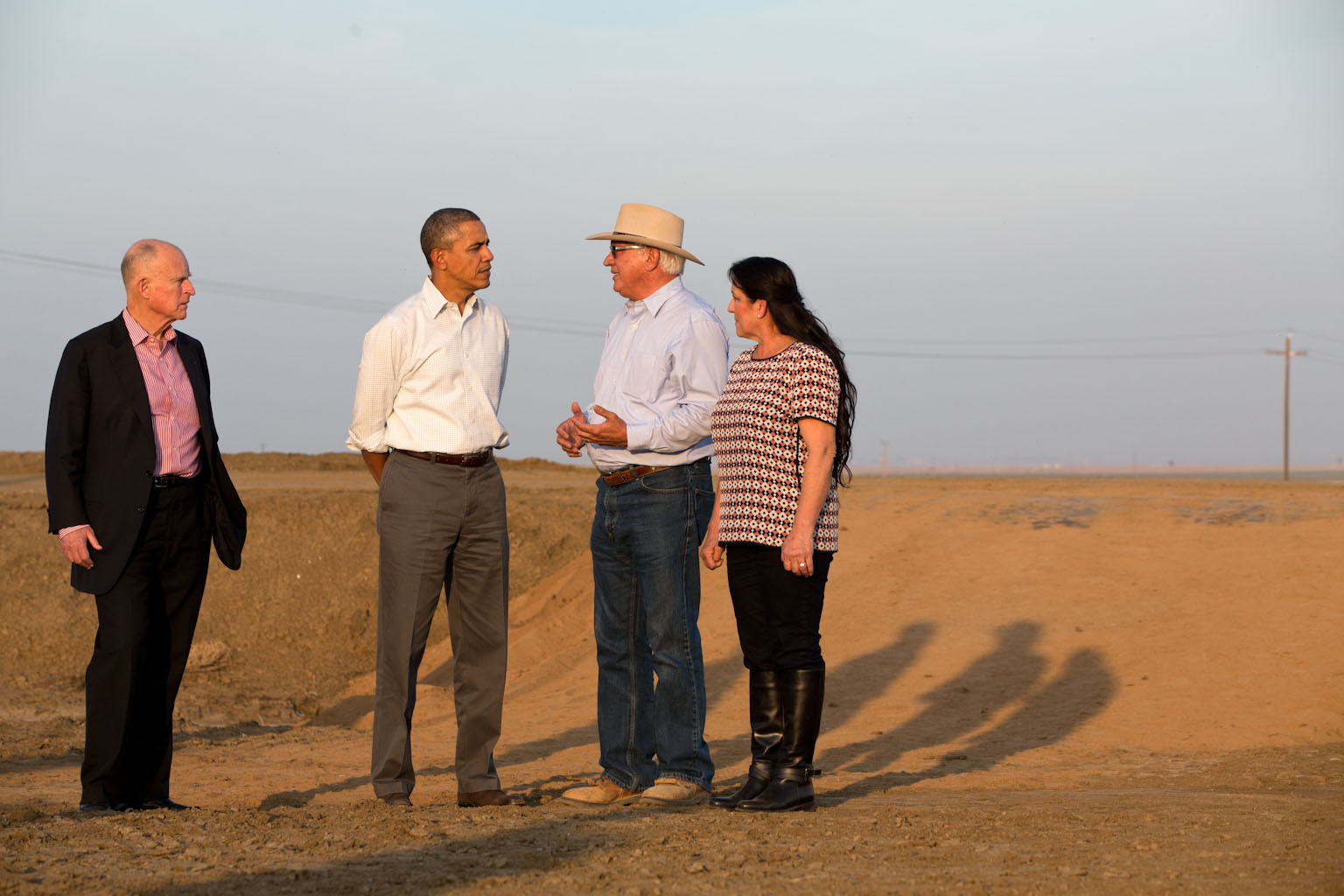 Secretary Vilsack, who joined the President on Friday, has already declared 27 counties as primary natural disaster areas, making farmers and ranchers eligible for emergency loans. Over the past two weeks, the Department of Agriculture and the Department of the Interior have released new funds for conservation and irrigation; investments to upgrade water infrastructure; and have partnered with California to stretch the water supply as much as possible. In addition, last week as part of the Climate Action Plan that President Obama put forward last summer, the Department of Agriculture announced seven new “climate hubs” to help farmers and ranchers adapt their operations to a changing climate.

California is experiencing some of its driest years in a century -- almost 99 percent of California is drier than normal. President Obama stated that:

Unless and until we do more to combat carbon pollution that causes climate change, this trend is going to get worse. And the hard truth is even if we do take action on climate change, carbon pollution has built up in our atmosphere for decades. The planet is slowly going to keep warming for a long time to come. So we’re going to have to stop looking at these disasters as something to wait for; we've got to start looking at these disasters as something to prepare for, to anticipate, to start building new infrastructure, to start having new plans, to recalibrate the baseline that we're working off of. 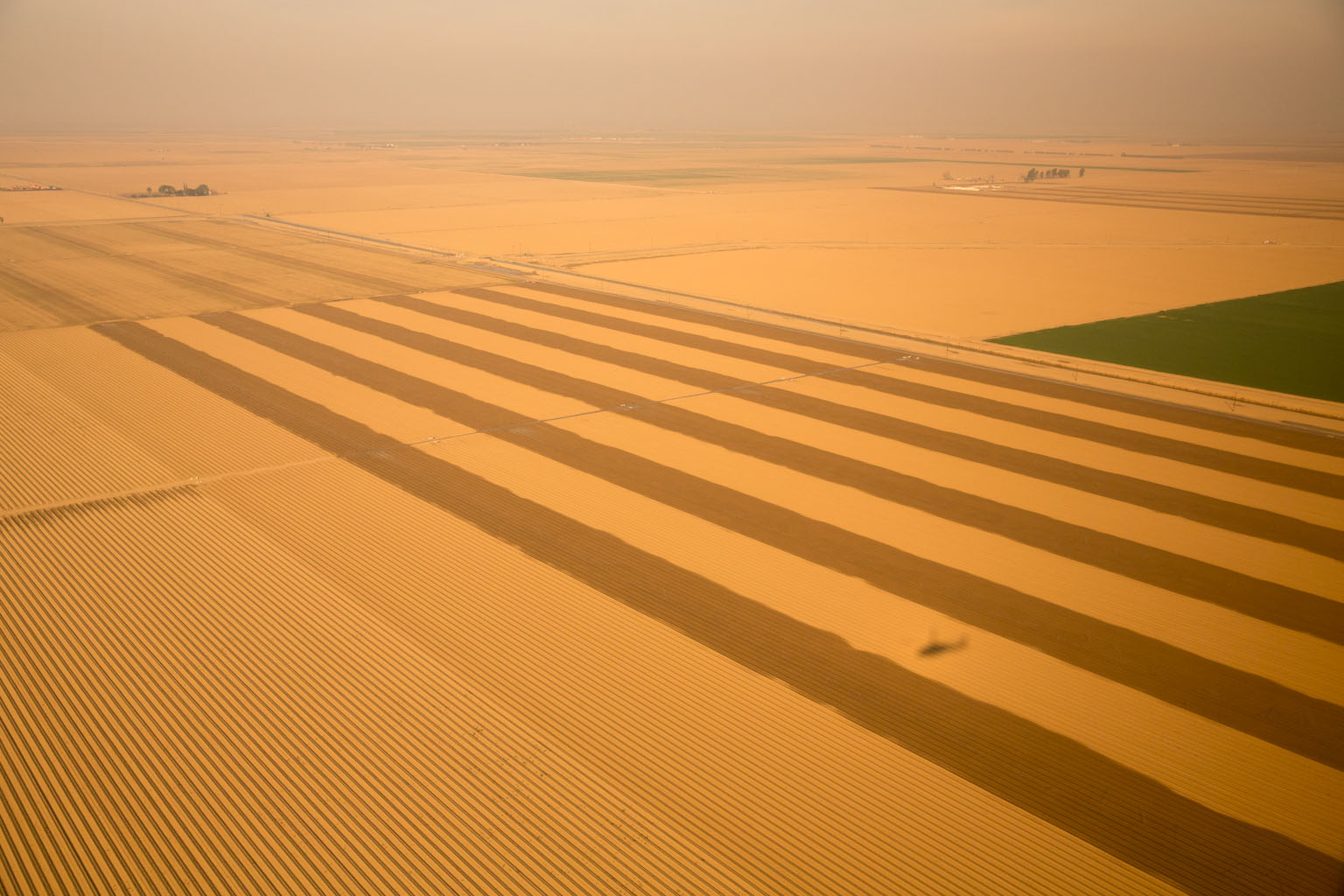 That is why the budget President Obama will send to Congress next month will include $1 billion in new funding for new technologies to help communities prepare for a changing climate, and set up incentives to build smarter, more resilient infrastructure.

But Administration action doesn't stop there. President Obama stated that:

My administration will work with tech innovators and launch new challenges under our Climate Data Initiative, focused initially on rising sea levels and their impact on the coasts, but ultimately focused on how all these changes in weather patterns are going to have an impact up and down the United States -- not just on the coast but inland as well -- and how do we start preparing for that. And that has to be work that we do together.

Learn more about the Administration-wide response to the drought.