February 18, 2014 at 3:45 PM ET by Dan Utech
Twitter Facebook Email
Summary:
After years of idling on fuel efficiency, America’s truck fleet is on a straight road to lower emissions, fuel savings for drivers, and leading the world in advanced vehicles. 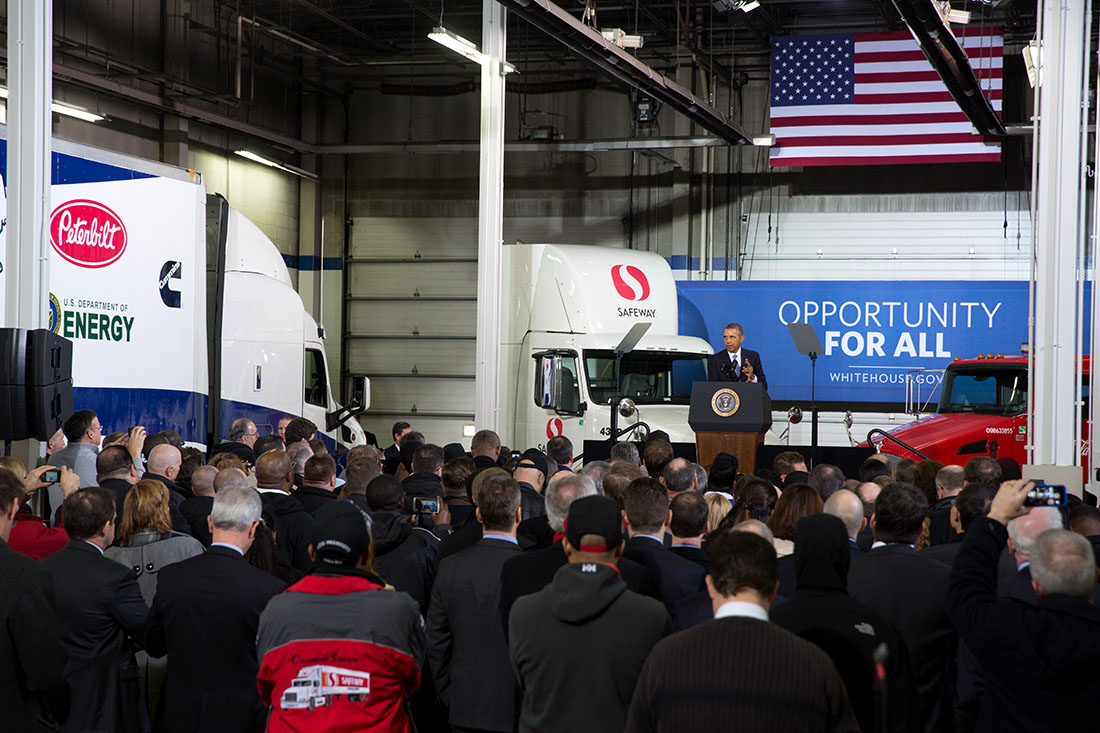 When the President took office, the fuel efficiency standards for our cars had been stuck at 27.5 miles per gallon for twenty years – two decades of lost time when it comes to developing new technologies that can get more miles per gallon out of every tankful of gas. That’s why one of the very first actions the President took in office was to direct the Environmental Protection Agency and the Department of Transportation to work with the auto industry to develop new fuel economy standards for cars and trucks. It was guided by a belief that if this industry was truly going to come back stronger than before – and thrive over the long term – then we had to build the cars of the future right here in America. After all, improving fuel efficiency represents one of the best opportunities we have to reduce our dependence on oil. 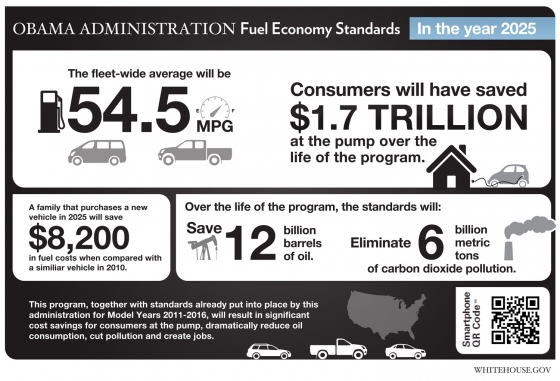 With the President’s leadership, we were able to move forward. Taken together, the standards the Administration has put in place for cars and light trucks span model years 2011 to 2025 and they represent the toughest fuel economy standards in history. Under this first-ever national program, average fuel efficiency for cars and trucks will nearly double, reaching an average performance equivalent of about 54.5 miles per gallon by 2025.

In 2011, the President also established the first-ever fuel efficiency and greenhouse gas standards for medium- and heavy-duty vehicles, covering model years 2014 through 2018. Over the lifetimes of the vehicles covered, trucks and buses will reduce oil consumption by a projected 530 million barrels and greenhouse gas pollution by approximately 270 million metric tons, saving vehicle owners and operators an estimated $50 billion in fuel costs. 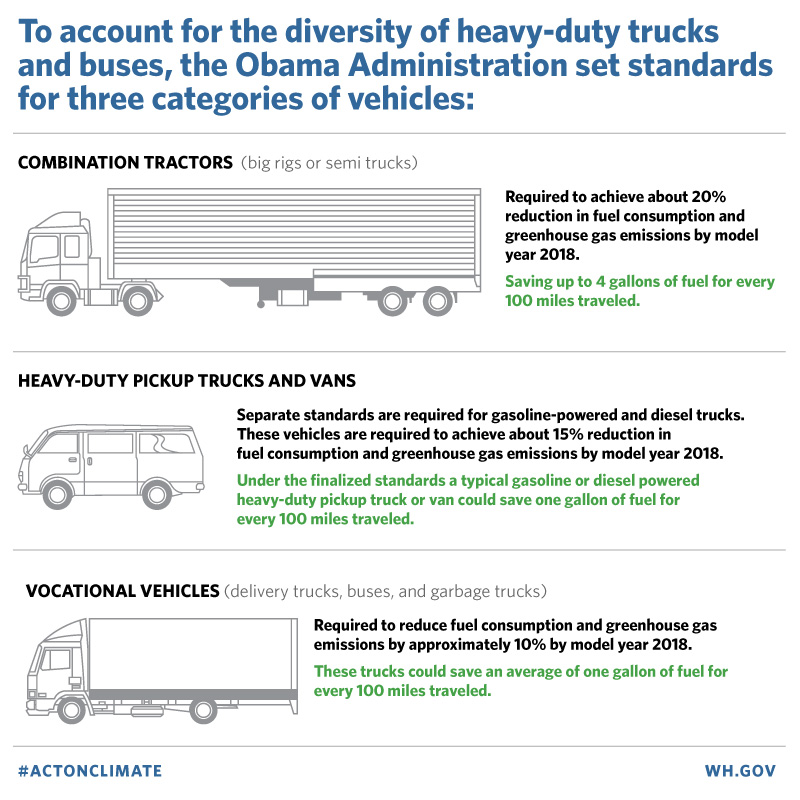 Today, the President directed the Environmental Protection Agency and the Department of Transportation to set the next round of fuel efficiency standards for medium- and heavy-duty trucks by March 2016. This next round of fuel efficiency standards will build on the historic work done to date, support American manufacturing innovation, and spur the development of new technologies. After years of idling on fuel efficiency, America’s truck fleet is on a straight road to lower emissions, fuel savings for drivers, and leading the world in advanced vehicles.

Check out our progress report, Improving the Fuel Efficiency of American Trucks, to learn more about today’s announcement and find out how the President is taking action on climate change by improving the efficiency of our vehicles.