On February 19, 1942, following the attack on Pearl Harbor, President Roosevelt issued Executive Order 9066, leading the United States government to confine more than 100,000 people of Japanese descent in internment camps across the United States. Almost two-thirds of those incarcerated were United States citizens.

Despite tremendous prejudice and the internment of their families, more than 33,000 second-generation Japanese Americans (nisei) volunteered to serve in the United States Army during World War II – most notably, in the 100th Infantry Battalion, 442nd Regimental Combat Team, one of the most decorated units of World War II, and the Military Intelligence Service.

In 2010, over 65 years later, Congress passed and President Obama signed into law legislation awarding the Congressional Gold Medal – one of the highest civilian awards in the United States – to thousands of these veterans, finally recognizing the sacrifices they made for their country.

Today, the President met with seven of these surviving veterans, all in their 90s, to thank them in person for their service. 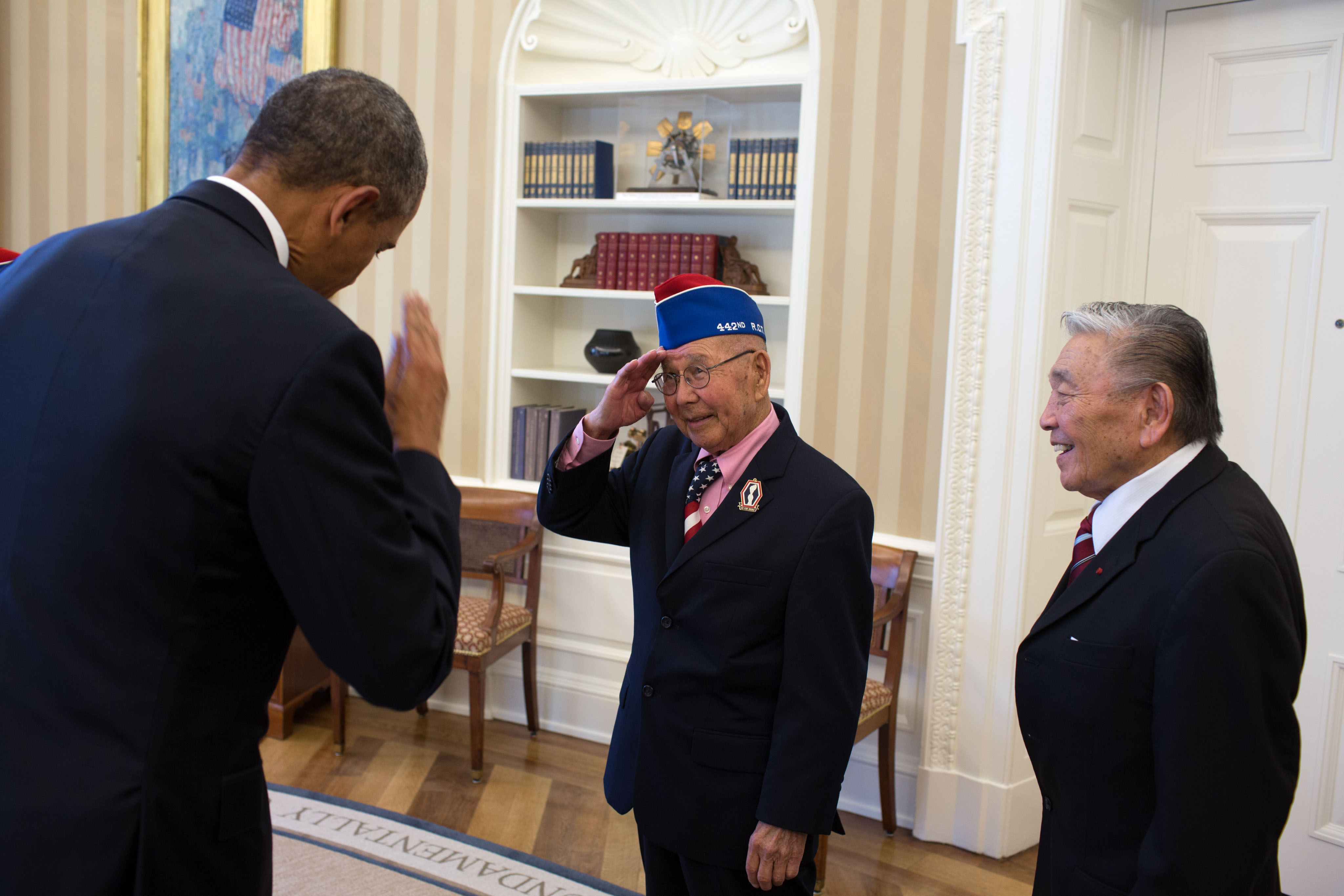 President Barack Obama returns the salute from Tommie Okabayashi, one of the members of the group of Japanese American WWII veterans during a meeting in the Oval Office to congratulate them on their Congressional Gold Medal, Feb. 18, 2014. (Official White House Photo by Pete Souza)