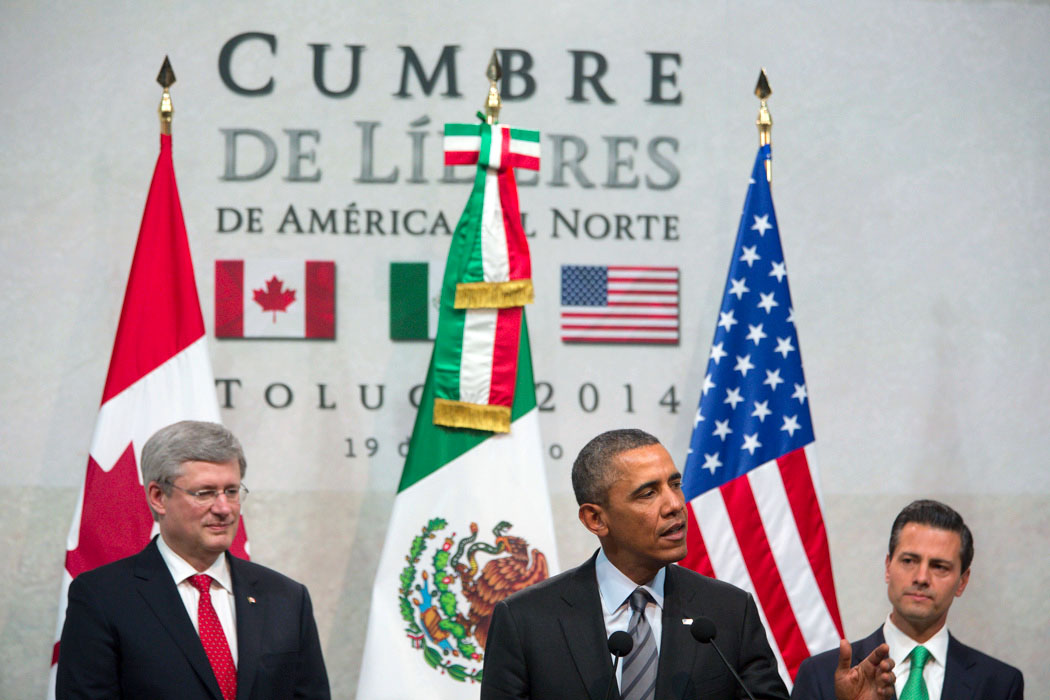 [T]he North American Leaders’ Summit gives us an opportunity to build on the enormous progress that we’ve already made in making sure that North America is the most competitive region in the world and that we are able not only to continue to integrate our economies effectively to create jobs both in the United States, Mexico and Canada, but that we’re able to project American and Mexican and Canadian goods and services around the world toward the benefit of our people.

And the cooperation ranges from how do we make our borders more efficient to moving forward on the Trans-Pacific Partnership that offers the opportunity to open up new markets in the fastest, most populous region of the world, the Asia Pacific region.

We'll also have the opportunity to discuss how we can work together more closely on scientific and educational exchanges. We're particularly interested in making sure that young people in Mexico and the United States and Canada are able to study and travel in each country, and we're trying to expand those kinds of exchanges.

So this is a wonderful opportunity for us to build on the work that we’ve already done over the last year.

During the remarks, President Obama reiterated all three leaders' desire to strengthen the "already incredible" ties between the three nations:

This evening, the three leaders participated in the Trilateral North American Leaders Summit meeting, and are holding a final joint press conference to conclude the day’s activities.