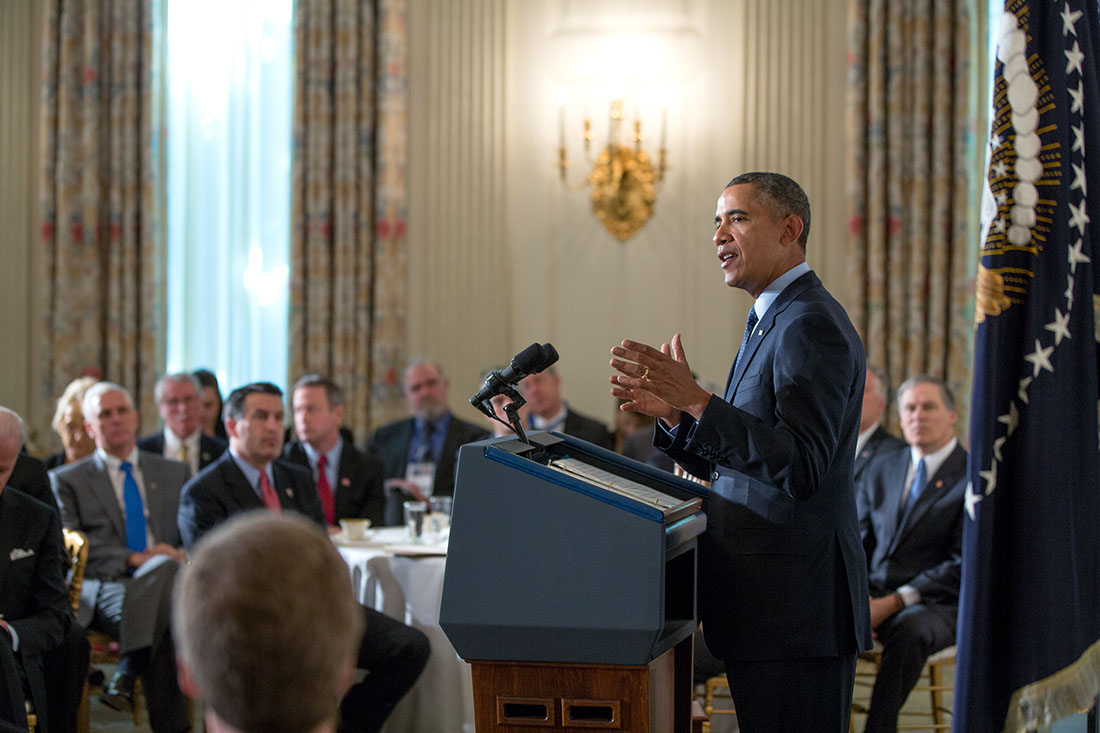 Today, in remarks to the National Governors Association, President Obama told governors from across the nation that impactful licensing and credential legislation is a necessity for military spouses and transitioning service members.

Since the First Lady and Dr. Biden first began meeting with members of the military community, they have heard countless stories about how spouses struggled to find jobs in their fields because when they moved, their professional licenses were no longer valid, or they didn’t meet a new state’s credentialing requirements. Upon learning about these obstacles, the First Lady and Dr. Biden began advocating for new legislation that supports transitioning service members and military spouses to get the professional licenses and credentials they need to get hired.

It has been two years since the First Lady and Dr. Biden first raised this specific issue, and there has been significant progress. In 2012, only 12 states had taken action to address licensing and credentialing barriers for military spouses, and only nine states had done so for service members. Today, 42 states have passed legislation on military spouse licensing, and 45 have taken similar action for service members.

We are very close to reaching all 50 states, but we still need help in passing legislation for the remaining states.

For more information on the latest credentialing efforts across the country, please visit http://www.usa4militaryfamilies.dod.mil/.