February 26, 2014 at 6:11 PM ET by David Hudson
Twitter Facebook Email
Summary:
The President travels to St. Paul, Minnesota to unveil a new plan to upgrade America's infrastructure and put people back to work. 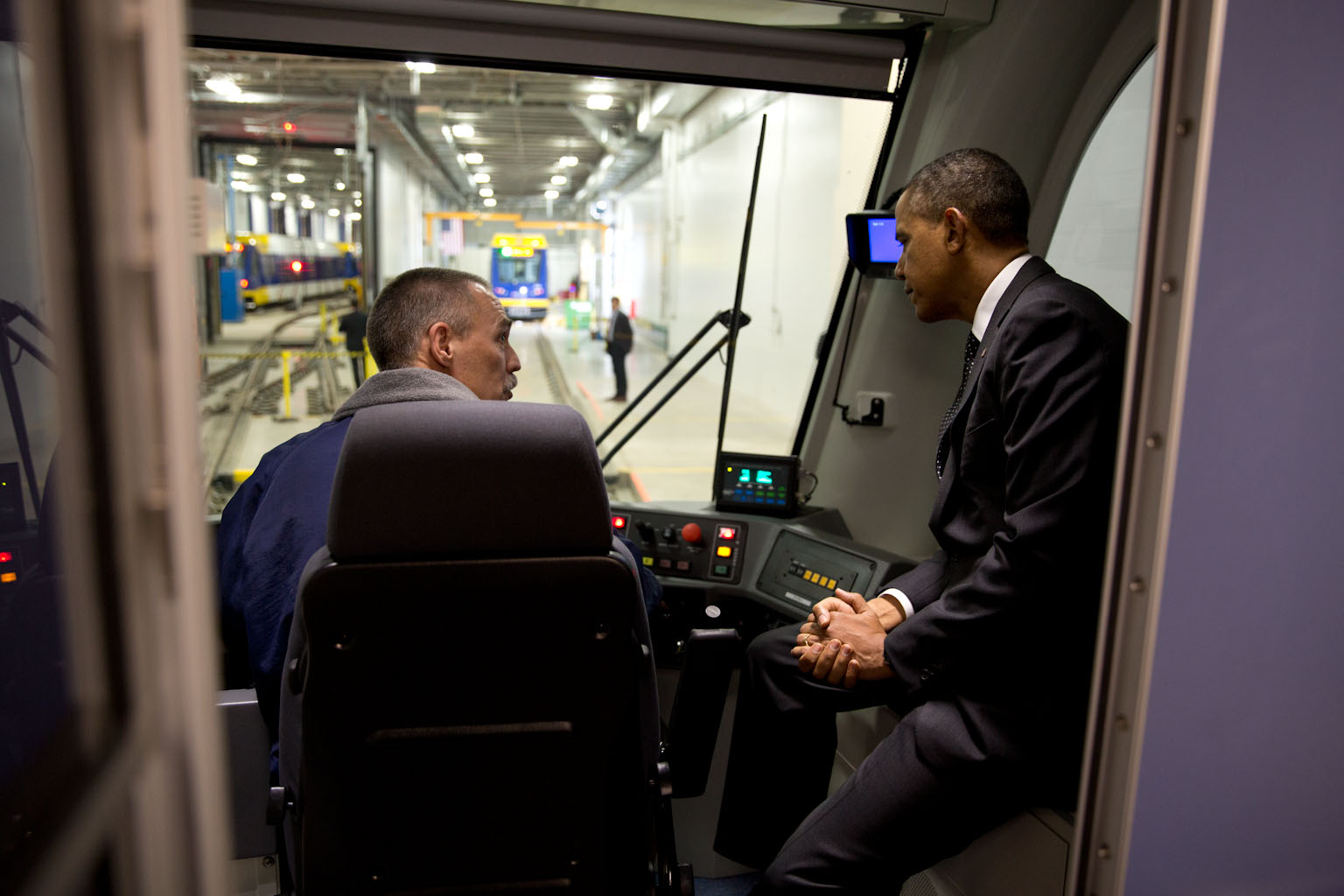 President Barack Obama sits in the cab and talks with a worker during a tour of the Light Rail Maintenance Building in St. Paul, Minn., Feb. 26, 2014. (Official White House Photo by Pete Souza)

This afternoon, the President traveled to St. Paul, Minnesota to unveil a new plan to upgrade America's transportation infrastructure and put people back to work.

Speaking at St. Paul's historic Union Depot train station, President Obama announced that the Department of Transportation is making available $600 million in Transportation Investment Generating Economic Recovery (TIGER) grants, a tremendously successful program investing in our nation's infrastructure. These new grants mark the sixth round of the TIGER program, which has already invested $3.5 billion in 270 transportation projects across the country.

The President explained that "one of the fastest and best ways to create good jobs is by rebuilding America’s infrastructure -- our roads, our bridges, our rails, our ports, our airports, our schools, our power grids. We’ve got a lot of work to do out there, and we’ve got to put folks to work."

He added that we need to invest in our infrastructure to keep up with other countries that are trying to out-build us, in order to make sure that America remains attractive to businesses:

As a percentage of GDP, countries like China, Germany, they're spending about twice what we're spending in order to build infrastructure -- because they know that if they have the fastest trains on the planet or the highest-rated airports or the busiest, most efficient ports that businesses will go there.

President Obama then outlined his vision for a more comprehensive, long-term plan to create jobs while repairing our transportation infrastructure -- investing a total of $302 billion over four years:

[N]ext week, I'm going to send Congress a budget that funds rebuilding our transportation infrastructure in a more responsible way -- by doing it over four years, which gives cities and states and private investors the certainty they need to plan major projects. Projects like repairing essential highways and bridges; building new transit systems in fast-growing cities and communities, so folks who live there can get to work and school every day and spend less time sitting in traffic. And we're going to have to construct smarter, more resilient transportation systems that can withstand the worst impacts of climate change, like bigger surges of water that we’ve seen in recent floods.

So, all told, my transportation budget will support millions of jobs nationwide. And we’ll pay for these investments in part by simplifying the tax code. We’re going to close wasteful tax loopholes, lower tax rates for businesses that create jobs here at home, stop rewarding companies for sending jobs to other countries, use the money we save in this transition to create good jobs with good wages rebuilding America. It makes sense.