Celebrating the "Incredible Bond" Between the U.S. and Ireland 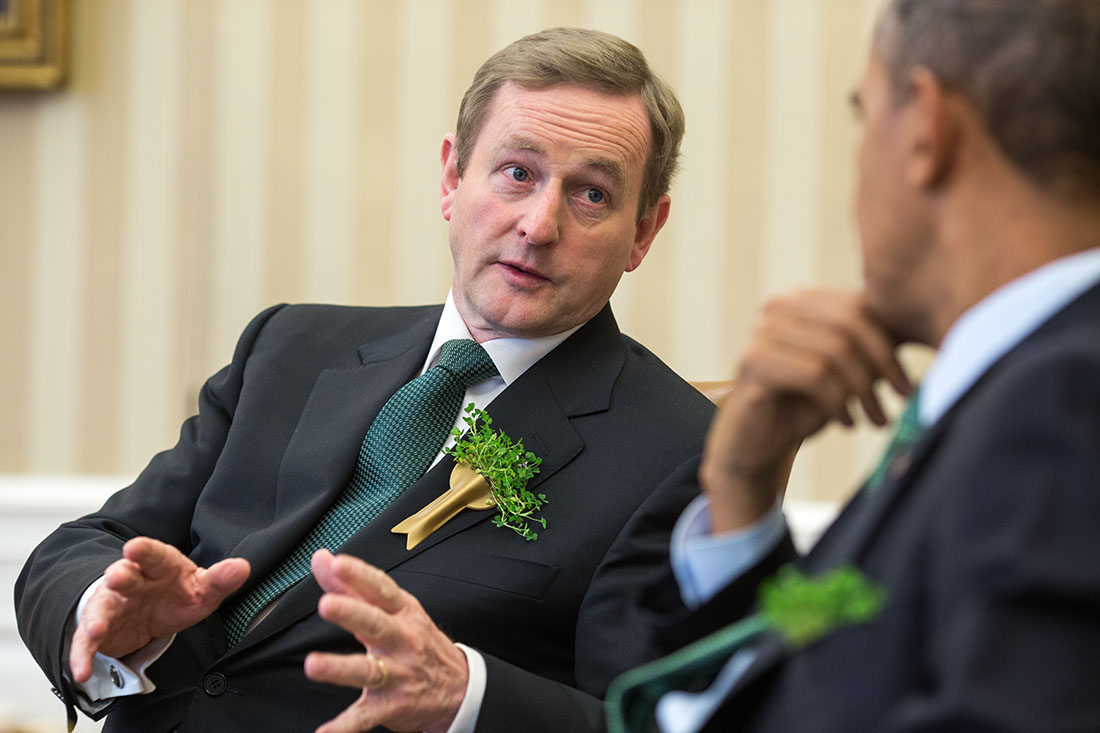 This morning, President Obama held a bilateral meeting with Irish Prime Minister Enda Kenny in the Oval Office, before heading to the Capitol for a St. Patrick's Day lunch. The President explained that this is one of his favorite times of the year, joining with "our friends from Ireland to celebrate the incredible bond that exists between our two countries."

President Obama discussed the economic progress in Ireland over the past several years, remarking that Ireland has "emerge[d] from its assistance program in a much stronger position on the global stage and in global markets," and noting that there is "tremendous investment by U.S. companies in Ireland."

Both President Obama and Taoiseach Kenny also talked briefly about the situation in Ukraine. As the President explained:

Ireland has been a strong voice in the European Council for the need to send a clear message of support for Ukrainian democracy and self-determination, and a strong message to Russia that it should not violate the integrity and the sovereignty of its neighbor. We continue to hope that there’s a diplomatic solution to be found, but the United States and Europe stand united not only in its message about Ukrainian sovereignty but also that there will be consequences if, in fact, that sovereignty continues to be violated.

Taoiseach Kenny ended his remarks saying that it was his "privilege to be here on behalf of the Irish people to wish the President, the First Lady and [their] family every success in their onerous responsibilities with so many places around the world requiring the assistance of the United States."

The President and the First Lady will also host a reception in the East Room of the White House this evening to wrap up the St. Patrick's Day festivities. At the reception, Taoiseach Kenny will present President Obama with the annual gift of shamrocks — a tradition that dates back to President Truman and Irish Ambassador John Hearne.

Watch some of the highlights from today's luncheon: