March 17, 2014 at 1:53 PM ET by Megan Slack
Twitter Facebook Email
Summary:
President Obama announces new measures intended to send a strong message to the Russian government that there are consequences for their actions that violate the sovereignty and territorial integrity of Ukraine.

Today, President Obama announced new measures the United States is taking to send a strong message to the Russian government that there are consequences for their actions that violate the sovereignty and territorial integrity of Ukraine, including their actions supporting the illegal referendum for Crimean separation.

“As I told President Putin yesterday,” President Obama said in today in the White House Press Briefing Room, “the referendum in Crimea was a clear violation of Ukrainian constitutions and international law, and it will not be recognized by the international community.”

“Today, I’m announcing a series of measures that will continue to increase the cost on Russia and on those responsible for what is happening in Ukraine,” he said.

President Obama explained four specific actions: “First, as authorized by the executive order I signed two weeks ago, we are imposing sanctions on specific individuals responsible for undermining the sovereignty, territorial integrity and government of Ukraine,” he said.

Second, I have signed a new executive order that expands the scope of our sanctions … Third, we’re continuing our close consultations with our European partners, who today in Brussels moved ahead with their own sanctions against Russia… Fourth, we’ll continue to make clear to Russia that further provocations will achieve nothing except to further isolate Russia and diminish its place in the world.

“Now, I believe there’s still a path to resolve this situation diplomatically in a way that addresses the interest of both Russia and Ukraine,” President Obama said. “But throughout this process, we’re going to stand firm in our unwavering support for Ukraine.

As I told Prime Minister Yatsenyuk last week, the United States stands with the people of Ukraine and their right to determine their own destiny. We’re going to keep working with Congress and our international partners to offer Ukraine the economic support that it needs to weather this crisis and to improve the daily lives of the Ukrainian people. 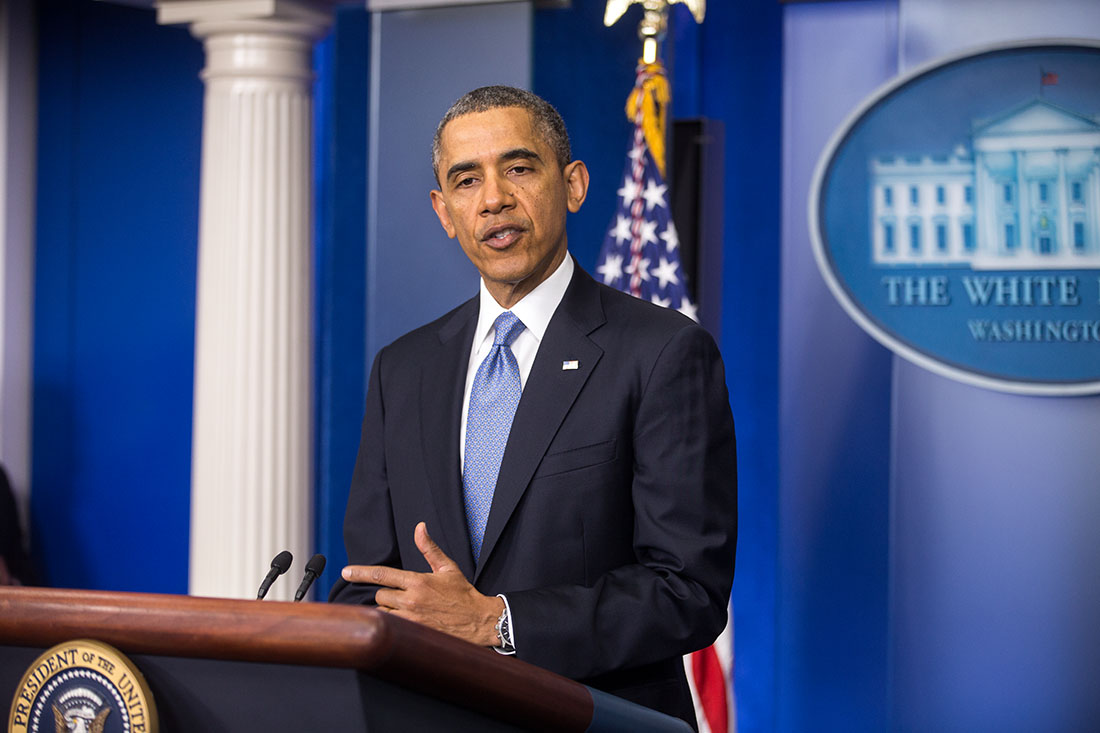