President Obama Awards the Medal of Honor to 24 Army Veterans

March 18, 2014 at 6:57 PM ET by David Hudson
Twitter Facebook Email
Summary:
President Obama awards 24 Army veterans with the Medal of Honor, in recognition of their valor during major combat operations in World War II, the Korean War, and the Vietnam War.
[[nid:265326]]

This afternoon, President Obama awarded the Medal of Honor to 24 Army veterans in recognition of their valor during major combat operations in World War II, the Korean War, and the Vietnam War.

Each veteran honored today had already received the Distinguished Service Cross – the nation's second-highest military award – but 19 of them were previously overlooked for the Medal of Honor due to their racial or ethnic backgrounds. Today's ceremony follows a 12-year Pentagon review, ordered by Congress, of past discrimination in the military.

"No nation is perfect," the President said at today's ceremony. "But here in America, we confront our imperfections and face a sometimes painful past, including the truth that some of these soldiers fought and died for a country that did not always see them as equal."

At the ceremony, the President awarded the Medal of Honor to three living veterans, and 21 other veterans received the honor posthumously. Read more details on today's recipients here. 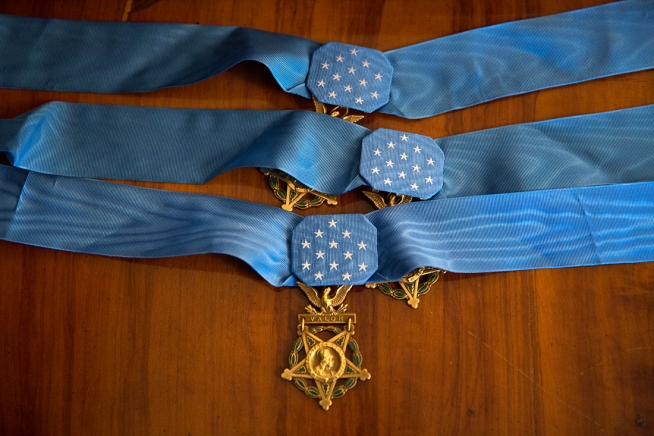 President Barack Obama awarded 24 Medals of Honor during a ceremony in the East Room of the White House, March 18, 2014. (Official White House Photo by Chuck Kennedy)