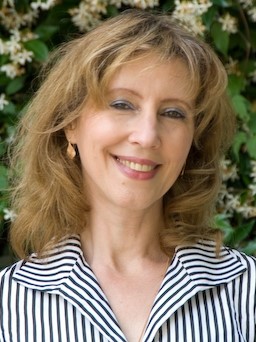 How did affordable health coverage enable you to start your first company?
A year ago, out of nowhere, I was diagnosed with cancer.  The health coverage I had from my previous employer was expiring, so I started calling insurance brokers about how to get coverage as an individual. They all said that because of my cancer diagnosis, I was uninsurable.
Can you imagine?  I was in shock.  For decades I had been paying premiums, and never used the insurance—and now that I need it, I’m uninsurable?  What am I supposed to do?
I needed to find any option that would cover me until January 1, when the Affordable Care Act would kick in and eliminate discrimination based on my preexisting condition.  I finally found one option that cost over $1,200 month, and the coverage was horrible, so I had to pay for a lot of my cancer treatment out of pocket – but it was the only way for me to stay insured.
I applied for Obamacare on Day 1, as soon as my state’s exchange opened up. I got the highest level of coverage, and it cut my premiums in half.
Now I can be an entrepreneur, and do something I think is important to do.
What sparked the idea for your company?
Imagine what it’s like to go in for a regular check-up and be diagnosed with cancer.  I never drank or smoked, I always exercised and had a healthy diet.
Once I recovered from my shock, I started asking my doctors questions:  “Do you have any hypotheses about why this is happening to me?”  The answer I was given:  “We don’t have hypotheses, because we don’t have data.”
In my experience, right now, the healthcare system functions in a reactive mode – you get sick, you see a doctor, you get treated.  But your doctors don’t know very much about your family history, your environment, and the stressors you’ve experienced.
Our goal is to build the largest and most comprehensive set of nonclinical patient data, in order to improve outcomes for cancer and other chronic diseases. We’re starting by building a mobile-native social network that lets cancer patients connect with similar patients, as well as researchers and physicians with relevant expertise.  If the patient so chooses, she can report data about her mood, level of appetite, and other lifestyle behaviors.
We correlate this private patient data with massive amounts of open government data, and use powerful algorithms to generate hypotheses based on this data.  This will allow hospitals and scientists to do unprecedented research on the causes of disease, and will allow patients to get better treatment.
What was your path to becoming an entrepreneur?
I grew up in Azerbaijan in the former Soviet Union, where I earned a Master’s degree in computer science and became a programmer at the Academy of Science there.  When war broke out in 1989, I fled to the United States with my husband and three-year-old daughter.  We were refugees living in an empty apartment, but I was incredibly lucky – two weeks after we arrived, a friend called me and said, “I just had a job interview.  I didn’t pass it, but I thought of you.”
I’d never had a job interview before.  I was clueless, and my English was just okay.  I barely understood what the interviewer was saying, but when he gave me half an hour to look at his company’s code, I thought:  “Oh, I can speak that language!”  The next day, I was hired.
I eventually worked as a technologist at some very large companies, and then took on various roles at technology startups, including as CEO. I had mentored a great many startups along the way, but never started my own!
I’m finding that the most satisfaction you can get is when you start your own company.
Have you encountered any other entrepreneurs who needed affordable health coverage to get started?
Absolutely – for one, my co-founder Maksim Tsvetovat. I got to know Max through his academic work on data science.  He has a wife and small child, so it was very daunting for him to quit his job and lose that health coverage.  But he was able to get a high-quality plan through the Affordable Care Act, and this made it possible for us to launch our startup.
For me, the impact of affordable healthcare has been profound.
Doug Rand is Assistant Director for Entrepreneurship at the White House Office of Science and Technology Policy