March 21, 2014 at 8:40 AM ET by Jason Tengco
Twitter Facebook Email
Summary:
Last week, the White House Initiative on Asian Americans and Pacific Islanders (WHIAAPI) and the White House Office of Public Engagement brought together 175 Filipino American leaders at the White House to discuss key issues of importance to the community. 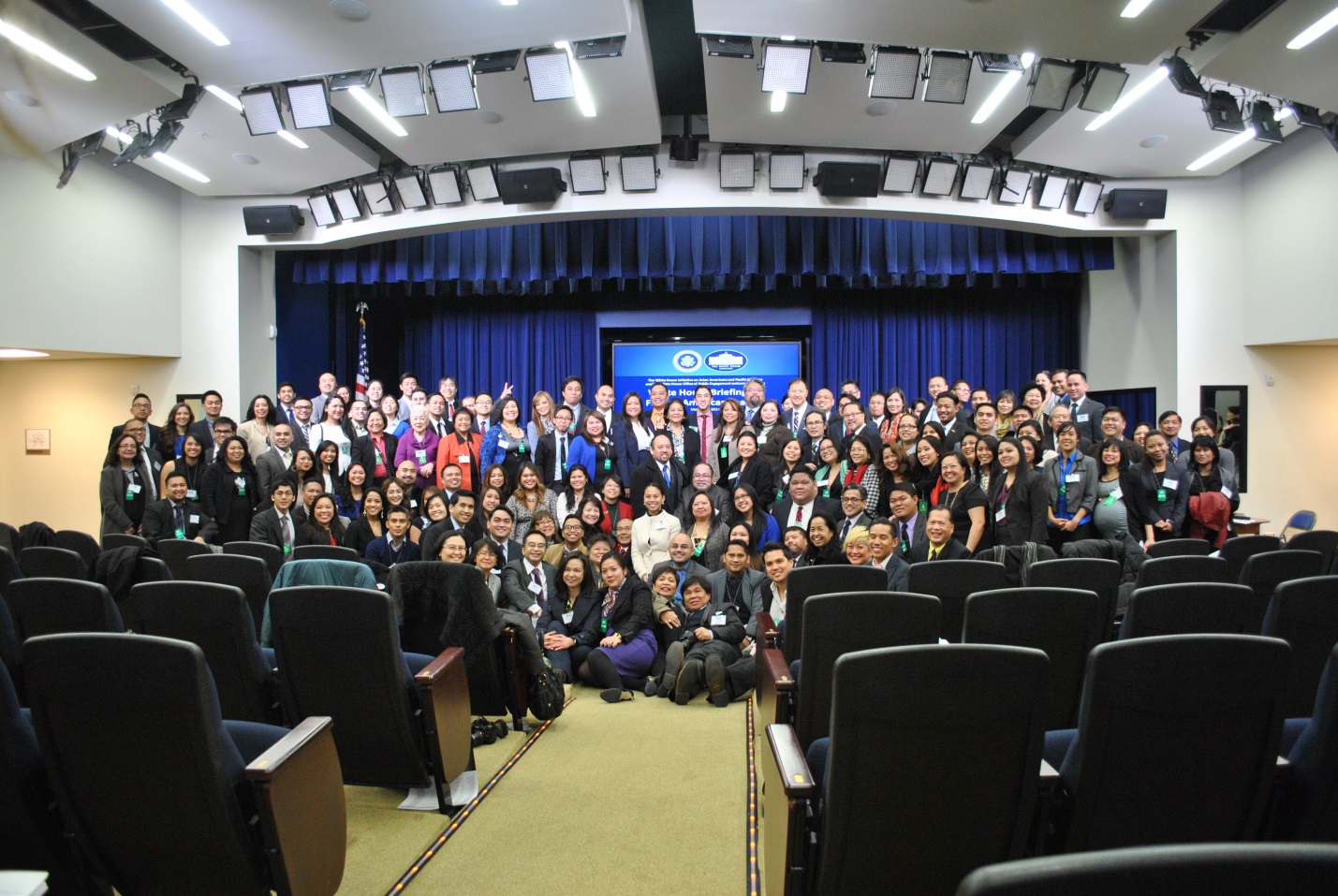 Last week, the White House Initiative on Asian Americans and Pacific Islanders (WHIAAPI) and the White House Office of Public Engagement brought together 175 Filipino American leaders at the White House to discuss key issues of importance to the community. Participants came from diverse sectors of society – non-profits, businesses, government, and philanthropy – and traveled from the far reaches of the country, including New York, California, and even Hawaii.

The briefing opened with remarks by the Honorable Lorna Schofield, the first Filipino-American Article III federal judge, who spoke about her journey to becoming a lifetime judge and how her mother encouraged her to reach for her dreams.

In the wake of the devastation brought on by Typhoon Haiyan, Nancy Lindborg, Assistant Administrator for the Bureau for Democracy, Conflict and Humanitarian Assistance with the U.S. Agency for International Development (USAID), discussed her November 2013 visit to Tacloban and her amazement at the resilience of the Filipino people who were impacted by the typhoon. To date, the United States has provided more than $87 million in humanitarian funding to the Philippines for Typhoon Haiyan relief. Gloria Steele, USAID Mission Director for the Philippines and the Pacific Islands, provided a video testimonial on how the most effective way that people can assist relief efforts is by making cash donations to reputable humanitarian organizations.

Kiran Ahuja, WHIAAPI Executive Director, engaged participants in an interactive dialogue about the Initiative’s cross-cutting priorities and the reports by the Filipino Veterans Equity Compensation Fund Interagency Working Group. She also highlighted several efforts to better connect the AAPI community with the federal government, including WHIAAPI’s call for ideas to expand opportunities for AAPIs and request for feedback on federal agency plans.

Representatives from the White House National Security Council and Domestic Policy Council, U.S. Department of Health and Human Services, and the Small Business Administration shared updates on the President’s planned trip to the Philippines in April, commonsense immigration reform, Deferred Action for Childhood Arrivals (DACA), the Affordable Care Act, and small business resources. In group breakouts, participants discussed how the Administration can continue to partner with Filipino American leaders and organizations to serve the community’s needs. The briefing closed with remarks by Cris Comerford, the first Filipino American White House Executive Chef, who encouraged participants to continue persevering in their efforts to uplift the community.

As a proud second-generation Filipino American, I continue to be inspired by community leaders throughout the country who have worked collaboratively to help our kababayan, or fellow countrymen – whether it’s providing humanitarian assistance in the Philippines or spreading awareness about key federal resources throughout the United States. I look forward to continued collaboration, advocacy, and engagement between the Filipino American community and the federal government in the months and years ahead.

Jason Tengco is a Senior Advisor for the White House Initiative on Asian Americans and Pacific Islanders.