President Obama Travels to the Netherlands, Meets with World Leaders

President Obama landed in the Netherlands early this morning, kicking off a week-long trip in which he will also travel to Belgium, Italy, the Vatican, and Saudi Arabia.

The President's first stop was the Rijksmuseum in Amsterdam, a national museum for arts and history, which he toured with Netherlands Prime Minister Mark Rutte. Following the tour, the two held a bilateral meeting and discussed a number of issues, including climate change, global security challenges, and the Transatlantic Investment Partnership between the EU and the U.S.

The President then traveled to The Hague to participate in a bilateral meeting with President Xi Jinping of China, before joining other world leaders at the third Nuclear Security Summit. At the Summit, Belgium and Italy announced significant removals of highly enriched uranium and plutonium, and Japan committed to remove those materials from its own territory. 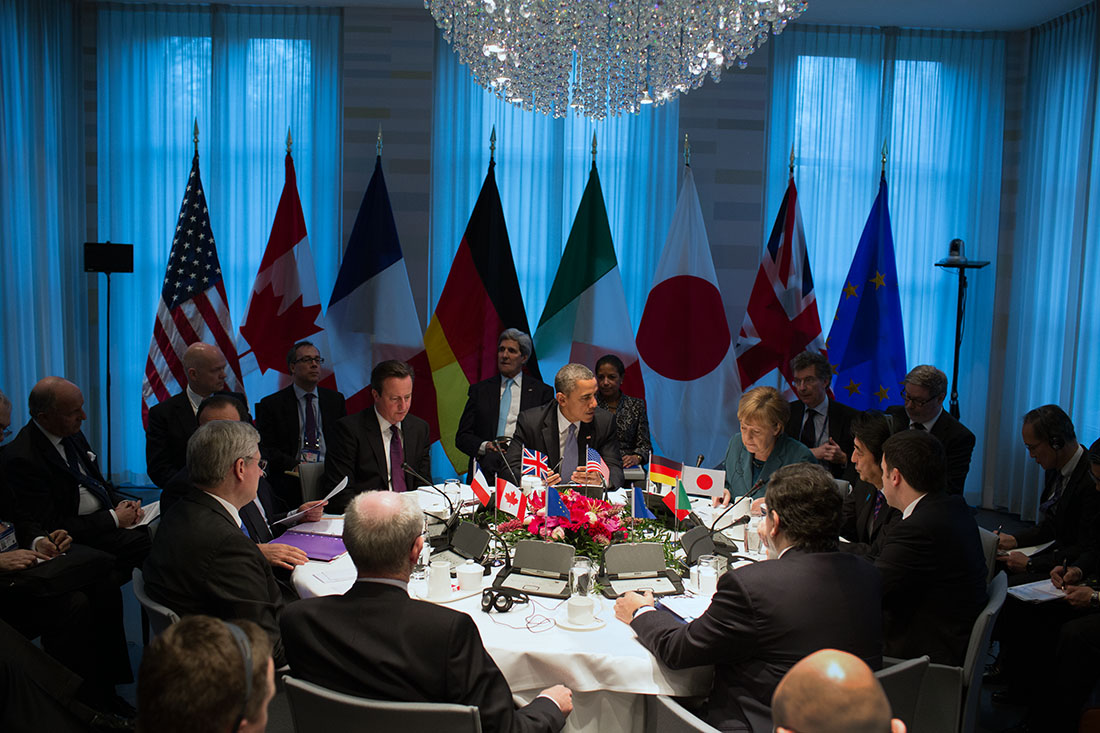 President Barack Obama holds a G7 Leaders Meeting to discuss the situation in Ukraine, at the Prime Minister's residence in The Hague, the Netherlands, March 24, 2014. (Official White House Photo by Pete Souza)

This Group came together because of shared beliefs and shared responsibilities. Russia’s actions in recent weeks are not consistent with them. Under these circumstances, we will not participate in the planned Sochi Summit. We will suspend our participation in the G-8 until Russia changes course and the environment comes back to where the G-8 is able to have a meaningful discussion and will meet again in G-7 format at the same time as planned, in June 2014, in Brussels, to discuss the broad agenda we have together.

The President ended the day with a reception and working dinner with King Willem-Alexander of the Netherlands at the Dutch Royal Palace.