Standing Up for LGBT Rights Around the World

March 25, 2014 at 10:08 AM ET by Jeff Prescott
Twitter Facebook Email
Summary:
Vice President Biden reiterates that the rights of LGBT people are an inseparable part of America’s promotion of human rights around the world. 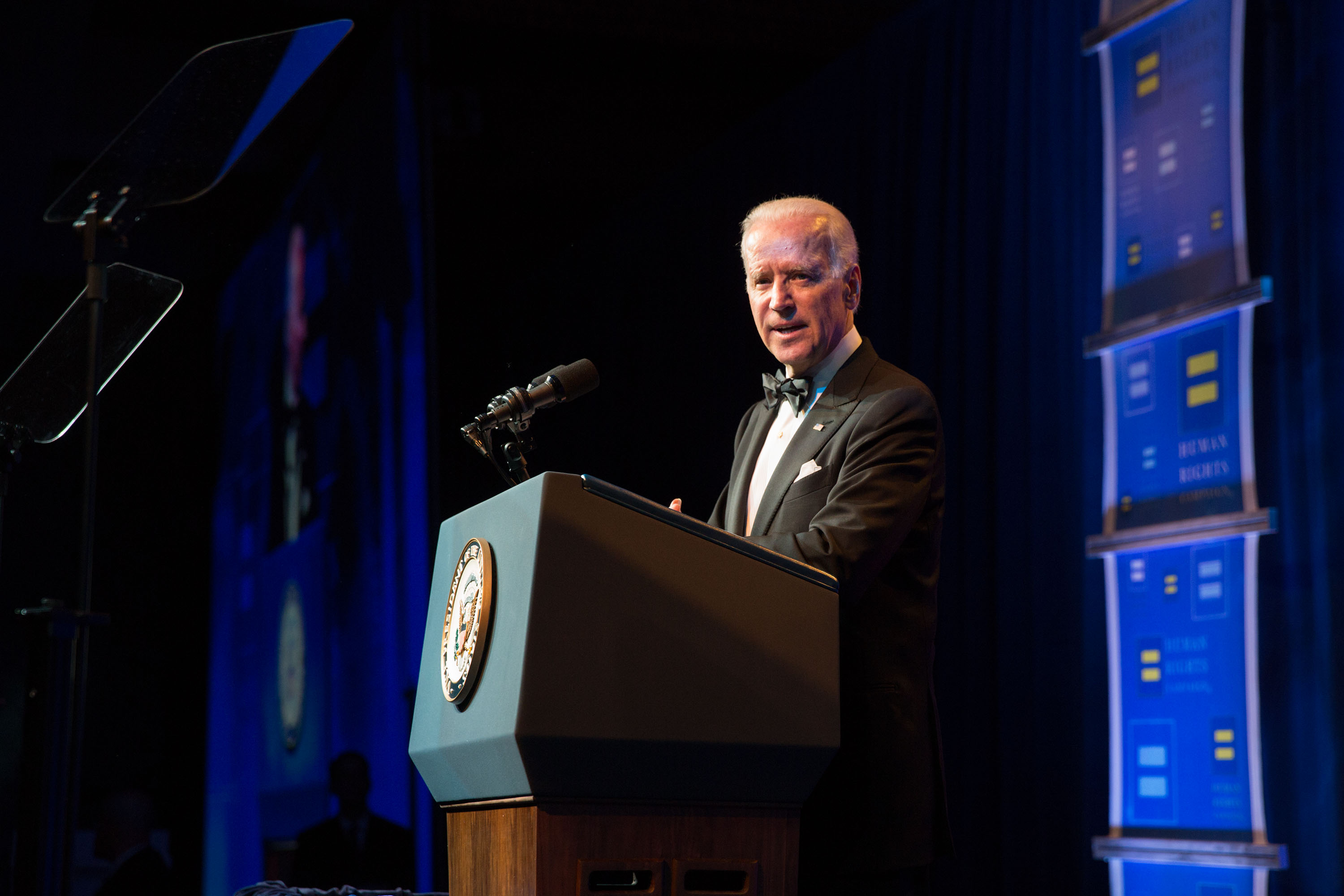 “The rights of LGBT people [are] an inseparable part of America’s promotion of human rights around the world,” Vice President Joe Biden declared to a packed audience at the Human Rights Campaign Los Angeles gala on Saturday night.

In a world where homosexuality is a crime in almost 80 countries — punishable by death in 7 — the Vice President reasserted America’s unwavering commitment to LGBT rights in every corner of the world. “Hate,” he explained, “can never, never be defended because it’s a so-called cultural norm.”

The Administration has taken a number of steps to ensure that LGBT citizens of the world are afforded their universal human rights. American diplomats serving overseas — including 5 openly gay ambassadors — have integrated LGBT rights into our foreign policy priorities as we work to promote and protect the human rights of all people. We leverage foreign assistance to protect LGBT rights through such efforts as the Global Equality Fund and the LGBT Global Development Partnership. The United States also offers emergency support to LGBT people in danger, including refugees and asylum-seekers fleeing persecution. And we’re building a broad coalition to promote the rights of LGBT people by working with countries like Argentina, Brazil, France, Norway, Sweden, the Netherlands, and Mexico.

“We have a long road to travel to change hearts and minds and laws all around the world,” the Vice President said on Saturday, “but we’re beginning to do it.”

In communities across the globe, the United States has been encouraged by acts of justice and equality: in places like Albania, which recently added protections against hate crimes for sexual orientation and gender identity; Nepal, which is taking steps to recognize transgender citizens; and Mongolia, which celebrated its first pride week last year.

The Administration will continue its work in eliminating barriers to equality, fighting discrimination based on sexual orientation and gender identity, and engaging LGBT communities at home and across the world.

As the Vice President said, “We’re in the early days of a long, long fight, but you should never underestimate the epiphanies that follow a culture that makes a breakthrough of conscience.”