March 26, 2014 at 8:32 AM ET by First Lady Michelle Obama
Twitter Facebook Email
Summary:
On the final day of her official visit to China, the First Lady visits the Chengdu Panda Base. 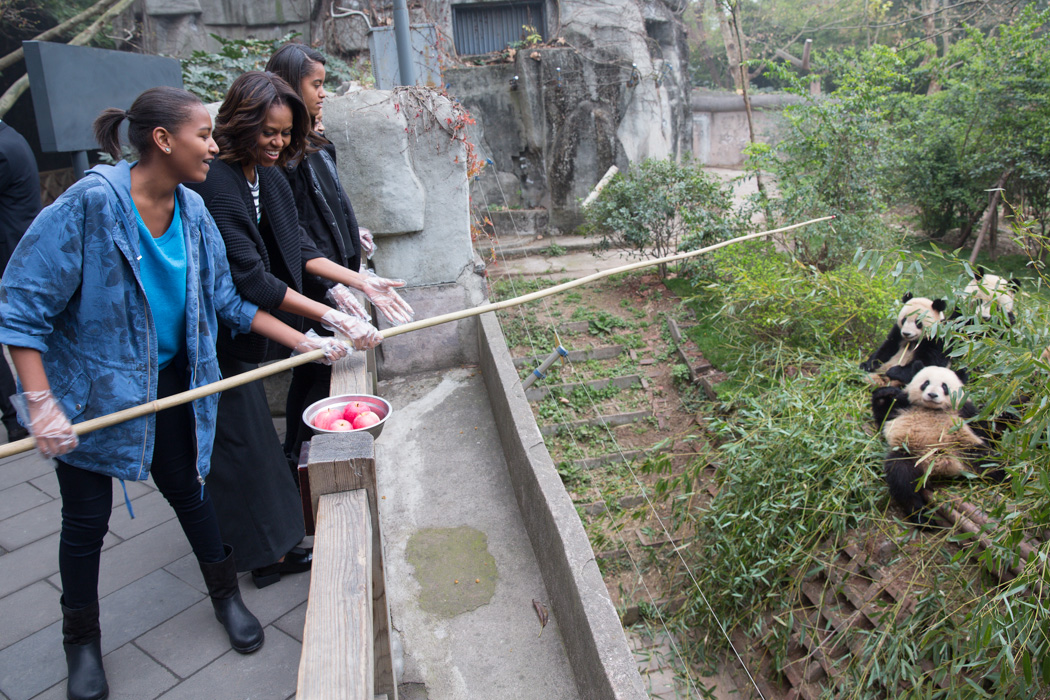 Today is the last day of my trip, and I couldn’t leave China without seeing the Chengdu Panda Base.  Pandas are an endangered species -- fewer than 1,600 pandas remain in the wild -- and that’s why a place like the Chengdu Panda Base is so important.  Here at this base, scientists work to increase the panda population through breeding, conservation and researching how the bears live and grow.  The base covers almost 600 square miles, and it’s located right in the heart of pandas’ natural habitat.  The area surrounding the base is the only location in the world where you can find pandas in the wild and in a research center.  Right now, there are about 50 pandas at the Panda Base ranging in age from infancy to full-grown adults.

We started our visit by viewing a group of five giant pandas who were about 18 months old, and we got to feed them (we attached apples to the end of a long stick, and they reached up and grabbed them with their hands and mouths).  Next, we got to see some baby pandas that were about eight months old which are referred to as "yearlings," a term used to describe pandas less than one year old.  They were so tiny -- like stuffed animals -- and later, I got the chance to hold one of these little guys!  Finally, we walked through an area filled with red pandas, a different, smaller species of pandas that look sort of like raccoons.

As we learned about these pandas and their future, I also spent some time reflecting on their past.  Believe it or not, pandas have actually played a leading role in world events over the past few decades through a custom known as "Panda Diplomacy." It’s a tradition that dates back at least to the seventh century, and over the past few decades, panda diplomacy has been part of how China has reached out to other nations.  Since the 1950s, China has given pandas to countries like France, Japan, Great Britain, Mexico, and the United States.  It’s a goodwill offering – a way to reach out and build a connection between two countries and their people.

That was certainly the case when China first offered America pandas back in 1972.  At that time, there was extremely limited contact between our two governments.  From 1949, when the communist party assumed power in China, up until 1979, the United States did not officially recognize the government of the People’s Republic of China. 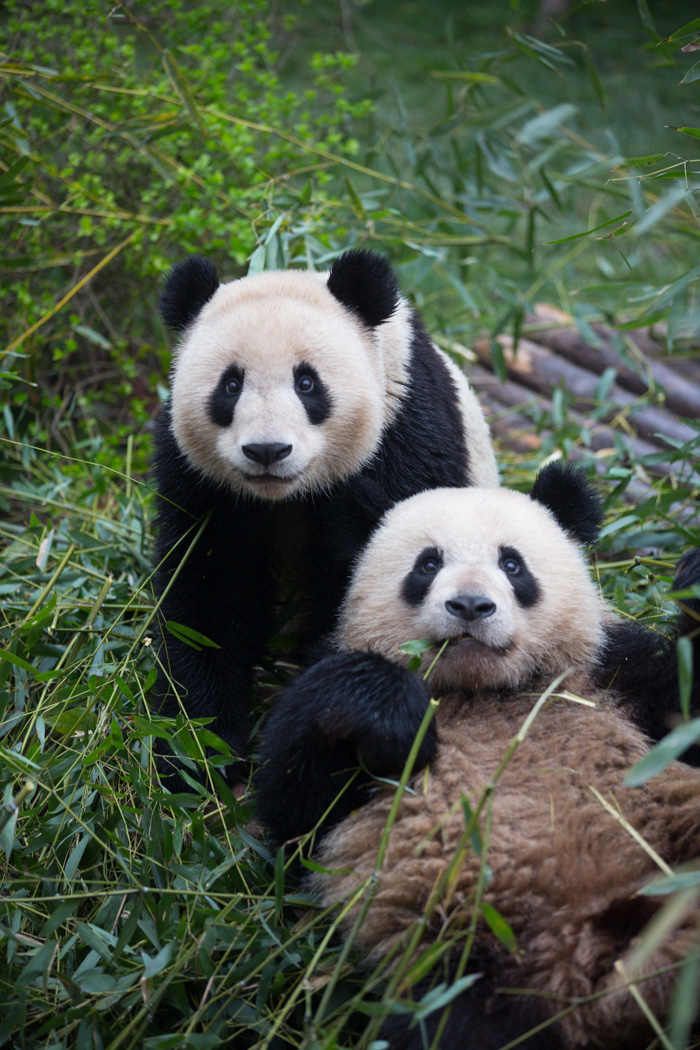 But in the early 1970s, President Nixon believed that we could rise above our differences and begin to open relations, so in 1972, he reached out to the Chinese and became the first U.S. President to visit the People's Republic of China.  On that trip, after Mrs. Pat Nixon mentioned how much she enjoyed seeing pandas at a Chinese zoo, the Chinese Premier offered a pair of pandas to the people of the United States.  The original pandas – Ling Ling and Hsing Hsing – were housed at the National Zoo, and Chinese pandas have lived there ever since.  In fact, just last fall, a new baby panda – Bao Bao, which means “treasure” or “precious” – was born there, giving new life to our growing relationship with China.

I believe that this history is instructive for us today.  It shows that even for nations as big, complex and different as the United States and China, small gestures can mean a great deal.  They can bring people together and help them form bonds that can stretch across the globe – and in our modern world, where we can connect with someone on the other side of the world with the click of a button, we all have an opportunity to make those small gestures in our own lives.