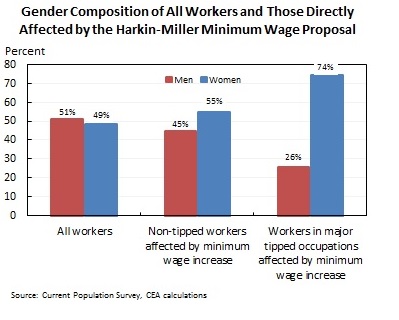 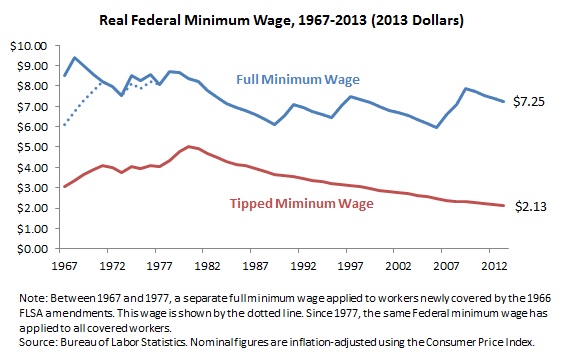 3. Raising the total minimum wage and the tipped minimum wage will help reduce poverty among women and their families and make it easier for lower wage workers to reach the middle class.
More than 30 percent of female workers who would benefit from increasing the minimum wage to $10.10 have dependent children. In total, 2.8 million working single parents would benefit from the President’s proposal, more than 80 percent of whom are single mothers. Historical experience suggests that raising the minimum wage reduces poverty, including child poverty in female-headed households.
In addition to reducing poverty and boosting incomes for low-wage workers, increasing the minimum wage can also reduce the wage gap between low- and middle-income women. For example, economic research shows that up to half of the growth in the women’s 50-10 wage gap (the difference in wages between low-earning women at the 10th wage percentile and women at the 50th wage percentile) in the 1980s can be attributed to decreases in the real minimum wage. A low value of the minimum wage (shown as a rise in the black line in the following chart) increases the gap between the minimum wage and the median wage, making it harder for lower wage workers to reach the middle class. 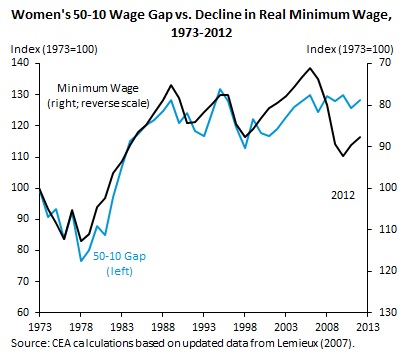 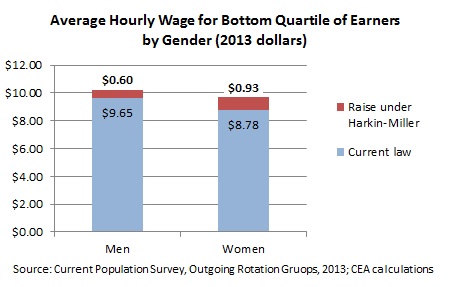 Betsey Stevenson is a member of the Council of Economic Advisers. Lily Batchelder is the Deputy Director of the National Economic Council.