Day 4: The President Travels to Italy, Meets with Pope Francis

The President started off the day at the Vatican, where he had an audience with His Holiness Pope Francis. This was President Obama's first time meeting Pope Francis, and the two "had a wide-ranging discussion," the President said.

"I would say that the largest bulk of the time was discussing two central concerns of his," said the President. "One is the issues of the poor, the marginalized, those without opportunity, and growing inequality. ... And then we spent a lot of time talking about the challenges of conflict and how elusive peace is around the world."

I think the theme that stitched our conversation together was a belief that in politics and in life, the quality of empathy, the ability to stand in somebody else’s shoes and to care for someone even if they don't look like you or talk like you or share your philosophy -- that that's critical. It’s the lack of empathy that makes it very easy for us to plunge into wars. It's the lack of empathy that allows us to ignore the homeless on the streets. And obviously central to my Christian faith is a belief in treating others as I’d have them treat me. And what’s I think created so much love and excitement for His Holiness has been that he seems to live this, and shows that joy continuously. 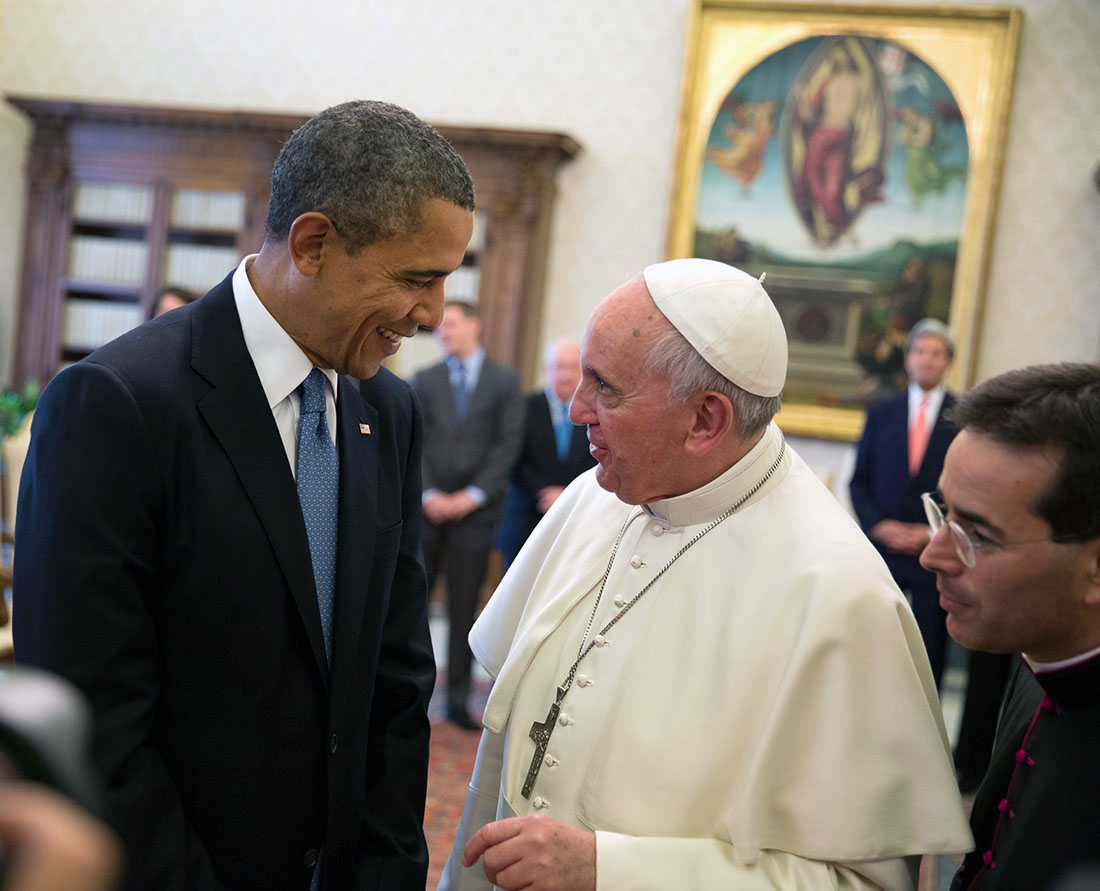 Taking a break from the day's meetings, the President toured the Colosseum, the largest amphitheatre of the Roman Empire. "This is bigger than some current baseball stadiums," he said. "I have to check on what it seats. It's remarkable. Unbelievable." 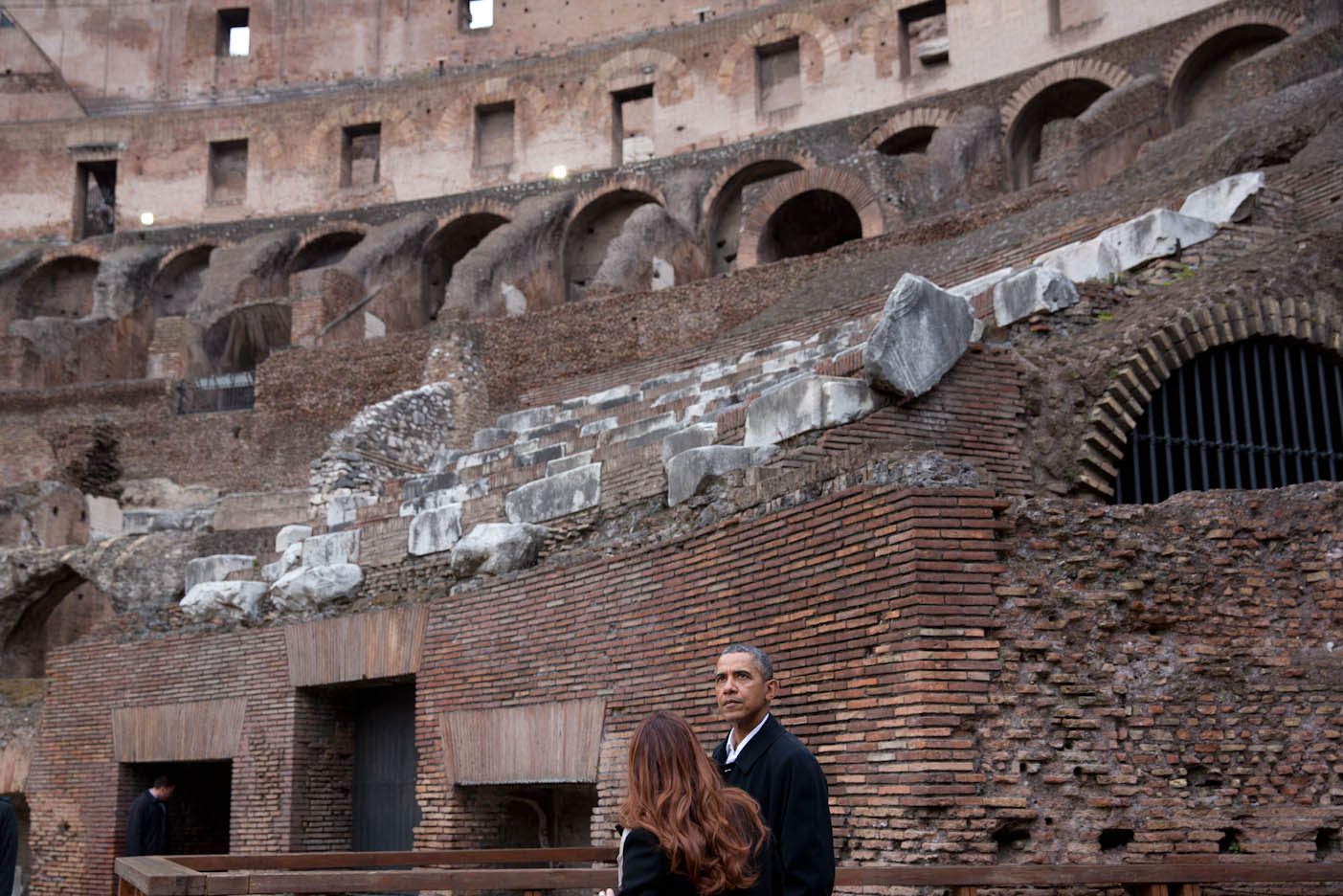 The President wrapped up the day at the U.S. Ambassador's residence in Rome, meeting with employees and families of the U.S. Tri-Mission to Italy, the Holy See, and the U.N. agencies in Rome.