At an event in the East Room of the White House, the First Lady told the athletes that she was "truly amazed" by their performances in Sochi:

I am really in awe of everything you do, as so many people here in America and across the globe are. Again and again, you all showed us that being an Olympian is about heart; it’s about guts; and it’s about giving it your all no matter what stands in your way. And that’s a message that I try to convey to young people all the time — the idea that if you work hard and commit yourselves to a goal, and then pick yourself up when you fall, that there is nothing that you can’t achieve. 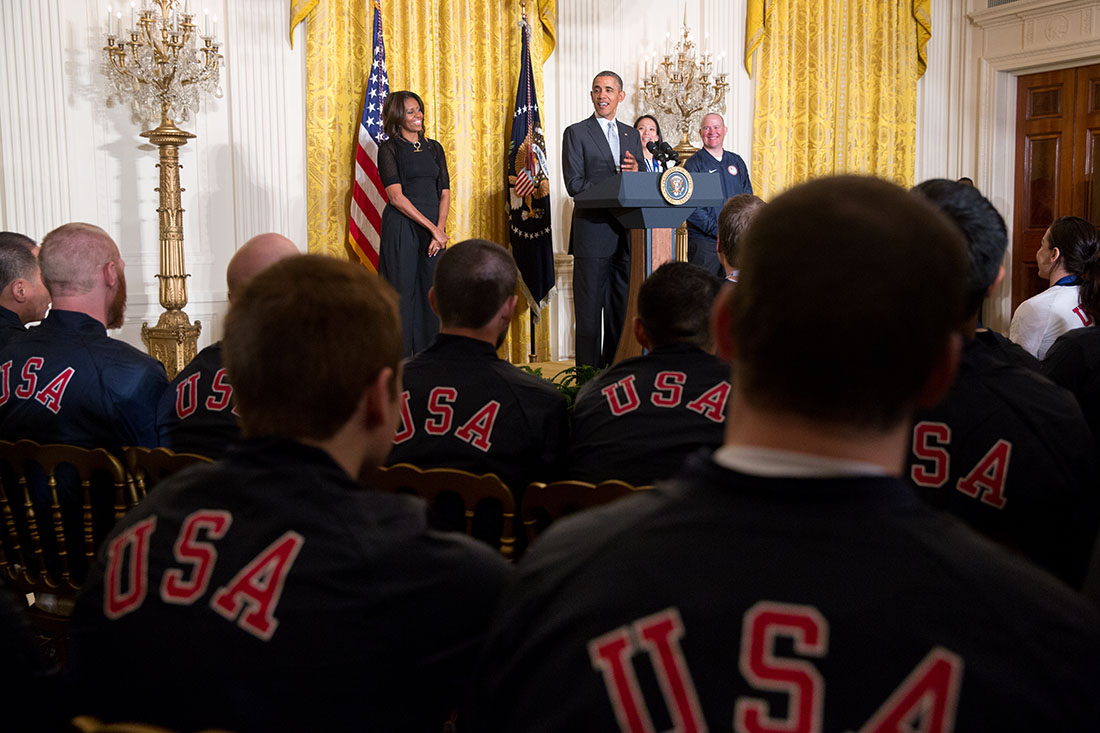 President Obama echoed the First Lady's remarks, saying that he and the First Lady "could not be prouder of Team USA." The President commended the athletes for their "dominating performances" in this year's Winter Games, noting the 46 medals they brought home this year.

From our ski jumpers who fought for equality, to the athletes and coaches who served our country in uniform ... these athletes all send a message that resonates far beyond the Olympic Village. And that's always been the power of the Olympics. In going for the gold and pushing yourselves to be the best, you inspire the rest of us to try to, if not be the best, at least be a little better.

"All of you remind us," the President told the athletes, "the most important thing in life is not the triumph, but the fight."

Read the President's and the First Lady's full remarks here.

The President and First Lady, however, weren't the only ones who enjoyed today's event. Check out some of Team USA's tweets and Instagram posts from their White House visit below: