Today, 50 years after President Lyndon Baines Johnson signed the Civil Rights Act into law, President Obama spoke at the LBJ Presidential Library to honor the work and legacy of our nation’s 36th president.

“As we commemorate the 50th anniversary of the Civil Rights Act, we honor the men and women who made it possible,” President Obama said. “We recall the countless unheralded Americans, black and white, students and scholars, preachers and housekeepers -- whose names are etched not on monuments, but in the hearts of their loved ones, and in the fabric of the country they helped to change.”

“But we also gather here,” President Obama said, “deep in the heart of the state that shaped him, to recall one giant man’s remarkable efforts to make real the promise of our founding:  “We hold these truths to be self-evident, that all men are created equal.”’

Read President Obama’s full remarks, or watch them above. 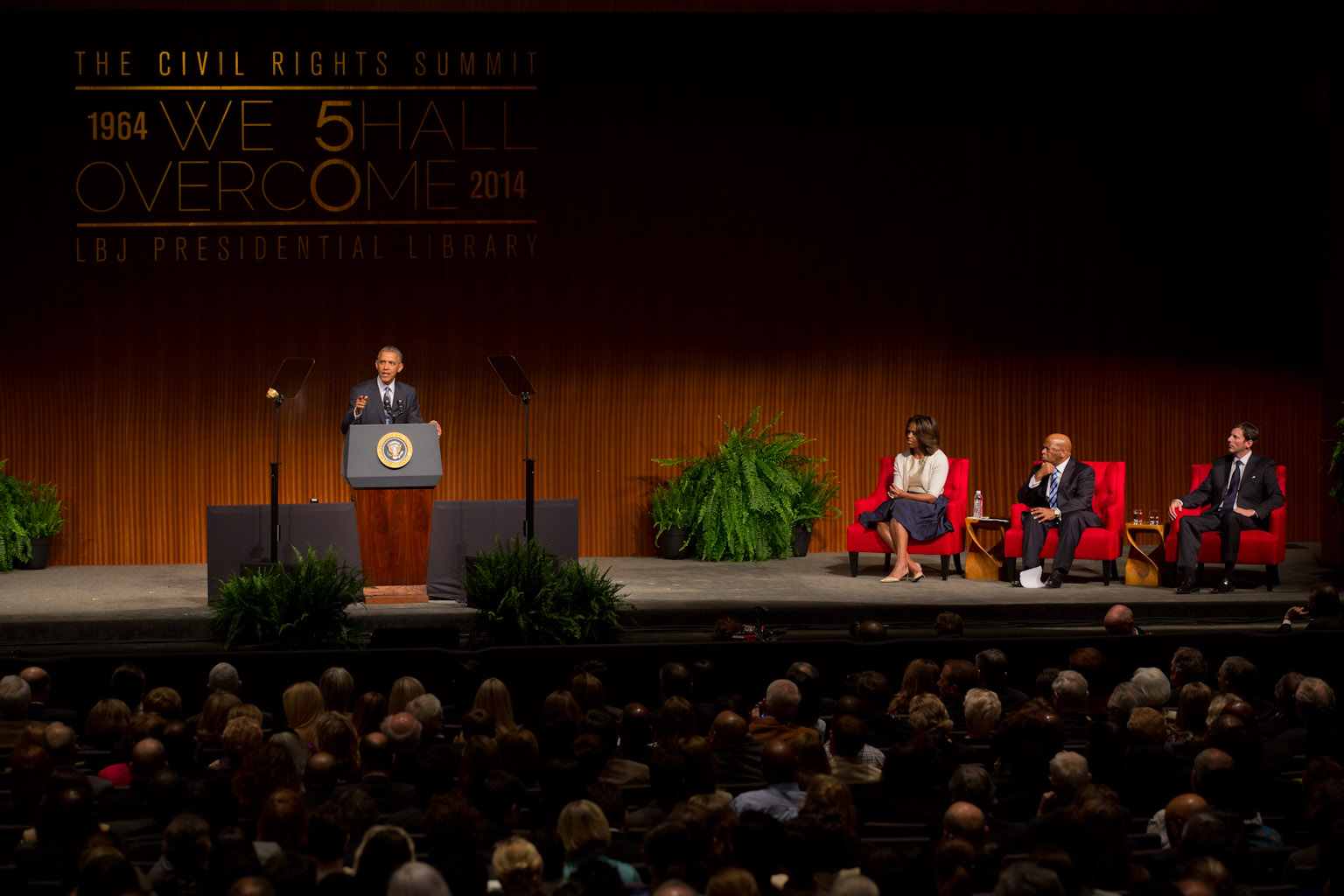