April 10, 2014 at 10:45 AM ET by Mark K. Updegrove
Twitter Facebook Email
Summary:
During the course of his five-year presidency, Lyndon Baines Johnson, sounded a death knell to racial inequality through a triumvirate of laws: The Civil Rights Act of 1964, the Voting Rights Act of 1965, and the Fair Housing Act of 1968.

Ed. note: Tune in to whitehouse.gov/live at 11:50 am ET to watch President Obama's remarks at the LBJ Presidential Library to commemorate the 50th anniversary of the signing of the Civil Rights Act.

In early December 1972, heroes of the Civil Rights Movement of the 1950s and 1960s, braved a rare Austin ice storm to convene at the LBJ Presidential Library for a Civil Rights Symposium. Towering figures like Hubert Humphrey, Barbara Jordan, Clarence Mitchell and Earl Warren rose to the stage in the course of the two-day conference to reflect on the movement they had helped to foster while examining the issues where progress was still needed.

Among them was the host of the gathering, Lyndon Baines Johnson, the thirty-sixth President. It was he who, during the course of his five-year presidency, had sounded a death knell to racial inequality through a triumvirate of laws: The Civil Rights Act of 1964, the Voting Rights Act of 1965, and the Fair Housing Act of 1968. 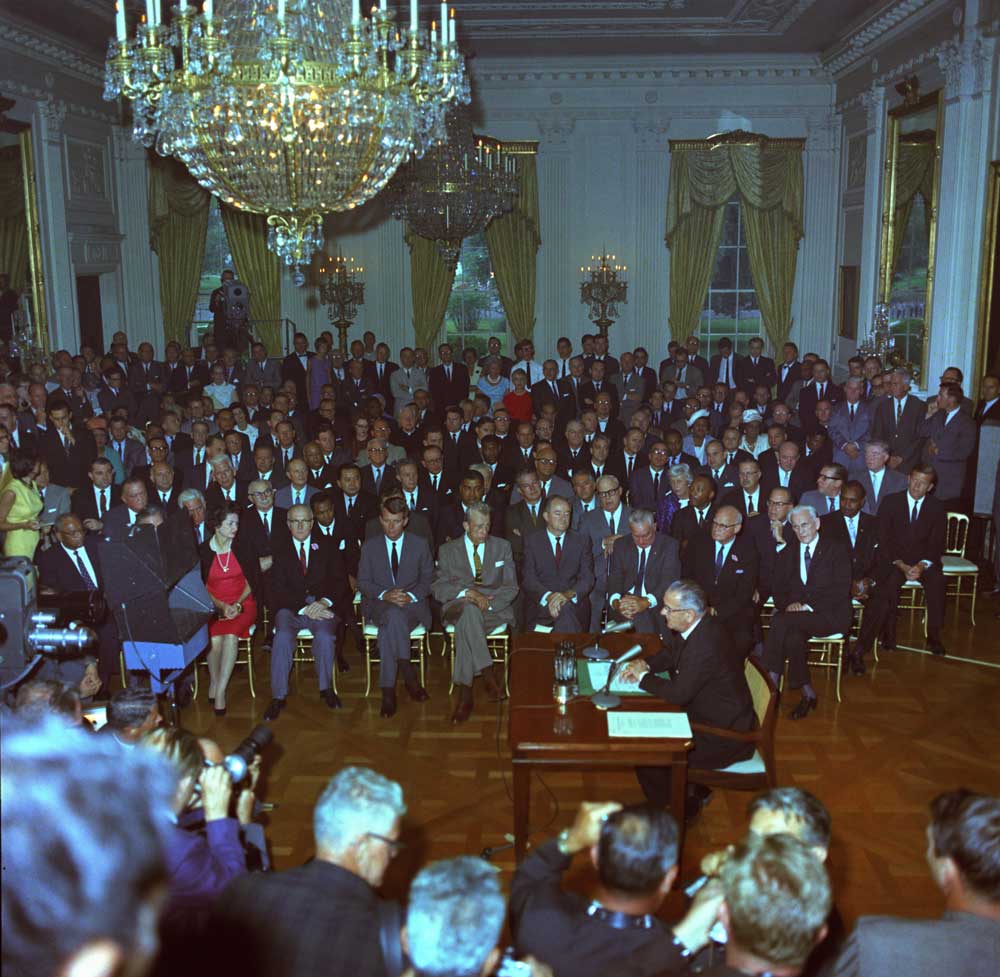 Lyndon B. Johnson speaks to the nation before signing the Civil Rights Act of 1964. East Room, White House, Washington, DC. 7/2/64.

He considered the second—the Voting Rights Act—his greatest legislative achievement. As with all of them, it had come hard. In March 1965, after a protest march in Selma, Alabama, was brutally thwarted by state troopers, he stood before a joint session of Congress knowing that his plea for the law would fall on the deaf ears of segregationists in his own party. His voice strong, his will determined, he said:

It was more than a hundred years ago that Abraham Lincoln, a great president from another party, signed the Emancipation Proclamation, but emancipation is a proclamation and not a fact. A century has passed since the day of promise. And the promise is unkept.

What happened in Selma is part of a larger movement, which reached into every section and state of America. It is the effort of American Negroes to secure for themselves the full blessings of American life. Their cause must be our cause, too. Because it is not just Negroes, but really, it’s all of us who must overcome the crippling legacy of bigotry and injustice.

And we shall overcome.

Through what became known legendarily as “the Johnson Treatment”—wielding political capital, horse-trading, flattering, threatening, cajoling, whatever it took—Johnson overcame resistance to the bill. He signed it under the dome of the U.S. Capitol, on August 10, 1965. As he scrawled his name, a marble statue of Abraham Lincoln, head bowed slightly, the troubles of his administration weighing heavily on his countenance, stood over his right shoulder.

It was apt; Lyndon Johnson aimed to finish what Abraham Lincoln had started.

Yet when Johnson gave the keynote address at his Library’s Civil Rights Symposium on December 9, 1972, nearly four years after leaving the White House, he believed work still needed to be done. Nursing an ailing heart and looking far beyond his 64 years, he spoke to the assembled body, his voice weaker than it had been when he pressed for Voting Rights, but his will just as determined.

We have proved that great progress is possible. We know how much still remains to be done. And if our efforts continue, and if our will is strong, and if our hearts are right, and if courage remains our constant companion, then my fellow Americans, I am confident, we shall overcome.

Below, watch an excerpt of President Johnson's address at the 1972 Civil Rights Symposium

It would be the last address Johnson would make publically. The following month, on January 22, 1973, he died of heart attack at his beloved LBJ Ranch. But we hear his voice still.

This week, the LBJ Presidential Library Civil Rights Summit marks the fiftieth anniversary of the Civil Rights Act of 1964, the first of Johnson’s civil rights landmarks, an act of bi-partisanship Johnson called “an American bill.” Our goal is not only to celebrate America’s progress in a half a century, but, just as LBJ would have wanted, to address the civil rights issues of our times. 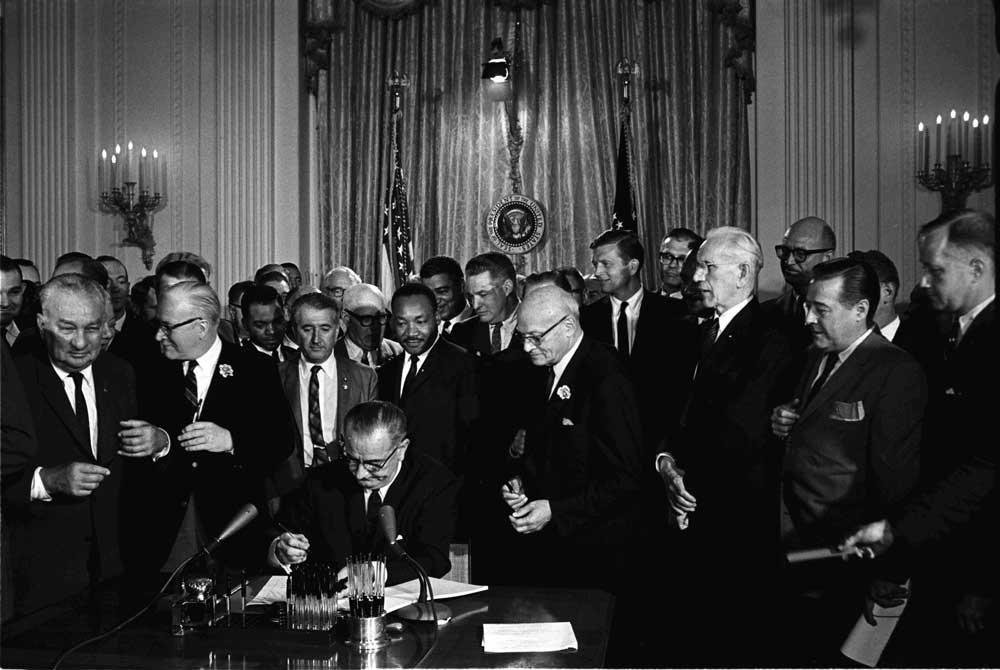 We are honored that we will have on hand a number of eminent guests who will shed light on those issues, including heroes of the Civil Rights Movement of the 1960s, and those who, along with them, are making a difference today.

We are further honored to welcome the thirty-ninth, forty-second and forty-third Presidents—Jimmy Carter, Bill Clinton and George W. Bush respectively—whose administrations furthered the cause of civil rights domestically while championing human rights and freedom abroad.

Finally, we are honored to welcome the President and First Lady of the United States, as the Honorable Barack Obama delivers the Summit’s keynote address. Five years ago last January, history shined on President Obama as he became the forty-forth President and the first African-American to achieve the nation’s highest office, the fulfillment, to be sure, of the distant dreams of Abraham Lincoln and Lyndon Johnson.

President Obama’s keynote and all programs at the Civil Rights Summit will be live streamed at http://www.civilrightssummit.org/