April 14, 2014 at 9:28 AM ET by Lorinda Riley and Herbert Lee
Twitter Facebook Email
Summary:
With this in mind, the Hawaii Regional Interagency Working Group (RIWG) hosted its first AAPI community roundtable on April 8, 2014. 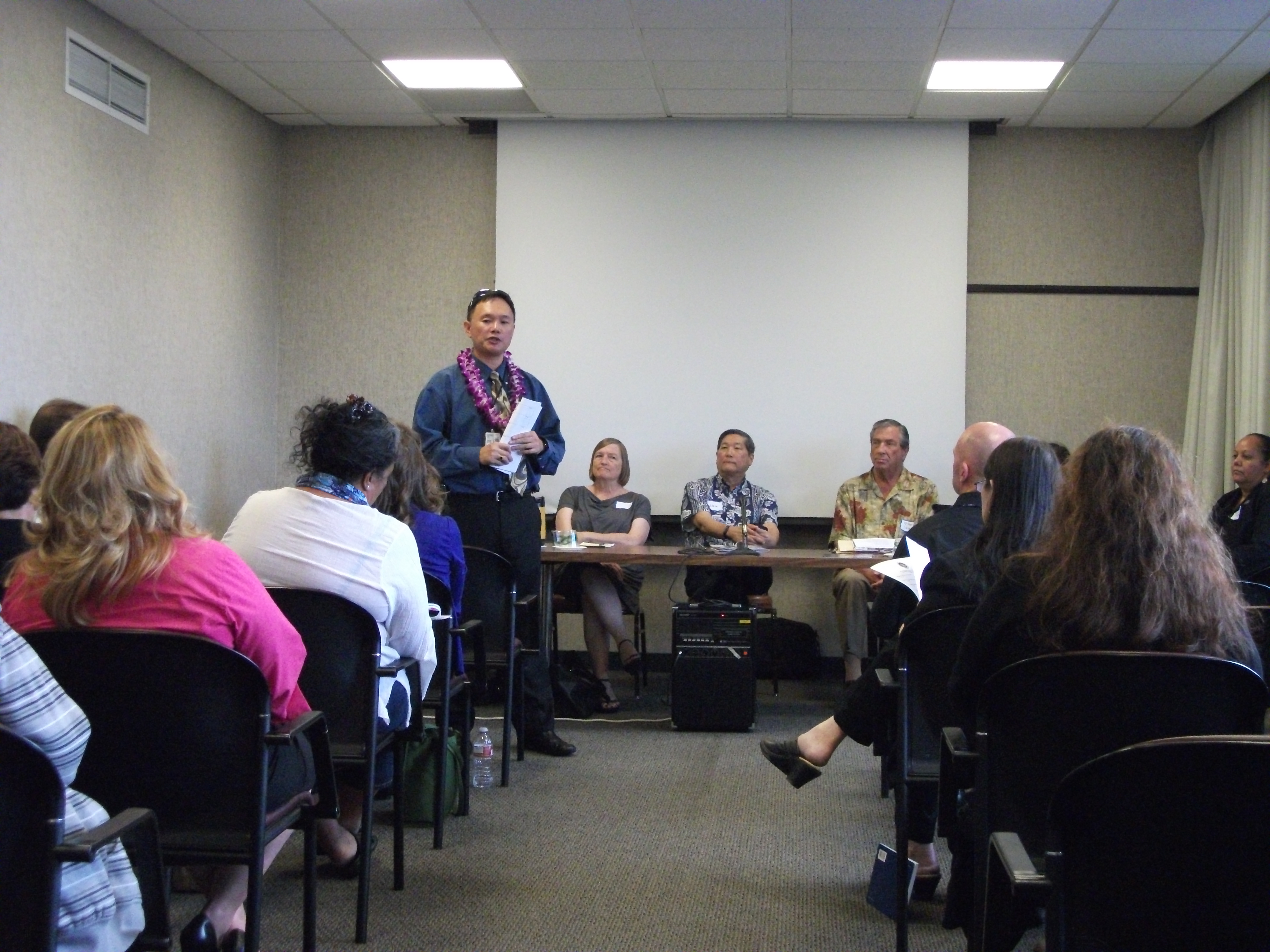 Region 9 RIWG members and community leaders convene in Honolulu to discuss the needs of the AAPI community, April 8, 2014. (by Lorinda Riley)

With this in mind, the Hawaii Regional Interagency Working Group (RIWG) hosted its first AAPI community roundtable on April 8, 2014. During the roundtable, 86 participants discussed key issues facing the AAPI community, learned about critical federal programs and services, and engaged with federal government officials from Hawaii. Our event, which drew an incredible amount of excitement from the community, brought together community organizations and federal agencies alike. In addition to the more than 20 federal agencies in attendance, community organizations representing language access, religious, education, philanthropy, veterans’ rights, small business, legal aid, civic, and migrant concerns shared their knowledge and experiences.

Our roundtable began with a call to action by Herbert Lee, a Hawaii RIWG member who emphasized the importance of an open dialogue in order for federal agencies to meet the specific needs of the community. Davianna McGregor, a Professor of Ethnic Studies at the University of Hawaii at Manoa, spoke about the U.S. National Parks Service’s Historic Landmarks theme study on AAPIs, which will help government agencies understand the diversity of the AAPI community. Kiran Ahuja, the Executive Director of WHIAAPI, welcomed roundtable participants and shared that the Pacific Islander community faces language access barriers— a key focus area of WHIAAPI’s work.

The Hawaii Roundtable was successful due to the level of participation that we were able to garner from our community partners—and we thank all of the participants for taking the time to be with us. The RIWG is truly inspired by the dedication and enthusiasm of the community, and we look forward to developing and implementing an action plan to continue the momentum.

Lorinda Riley is an advisor for the White House Initiative on Asian Americans and Pacific Islanders. Herbert Lee is the community outreach and regional planning specialist at the U.S. Department of Labor.