April 16, 2014 at 3:15 PM ET by Tony Earley
Twitter Facebook Email
Summary:
PowerPathway, a workforce training program created by PG&E Corporation in 2008, graduated nearly 250 students last year. More than 81 percent of them were offered jobs at PG&E or elsewhere in the utility industry. 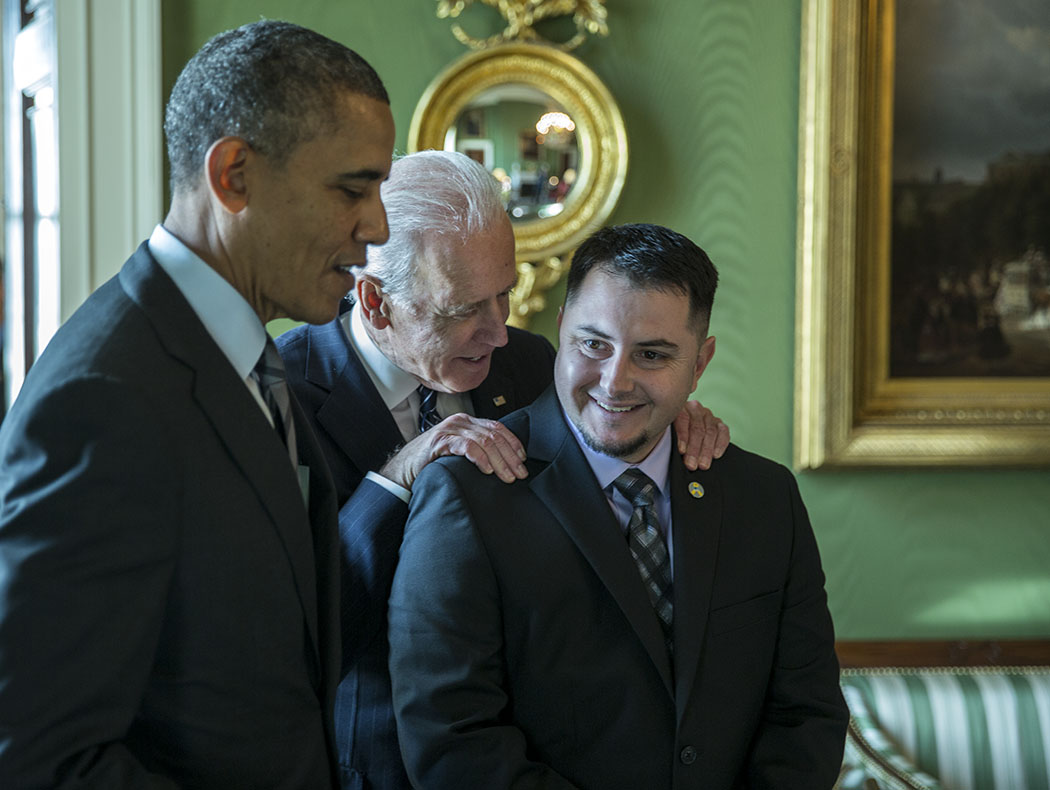 President Barack Obama and Vice President Joe Biden provide encouragement to Erick Varela, who was about to introduce the President, prior to an event to outline new efforts to help the long-term unemployed, in the Green Room of the White House, Jan. 31, 2014. (Official White House Photo by Pete Souza)

PG&E, like utilities across the country, faces a wave of retirements over the next five years, with nearly 40 percent of its 21,000 employees eligible to trade paychecks for pension checks. This is a trend that concerns me as Chairman and CEO of PG&E.

To help build a pipeline of new skilled workers, PG&E created a workforce training program in 2008 called PowerPathway. The program is a partnership with community colleges and workforce investment boards in PG&E’s service area, which covers much of Northern and Central California.

Last year, nearly 250 students graduated from PowerPathway, and more than 81 percent of them were offered jobs at PG&E or elsewhere in the utility industry.

Not only is the program helping fill utilities’ need for skilled workers, it has also helped address unemployment in California and — notably — among military veterans returning from service. Veterans’ unemployment rates are far higher than the national average, and as a Navy veteran, I’m pleased to see PG&E create career paths targeting veterans and the long-term unemployed.

One graduate’s story, in particular, brings the program’s success to life. Erick Varela, a veteran of the U.S. Army’s 82nd Airborne Division, was homeless and jobless for almost a year when he was accepted to PowerPathway. Today, thanks to the training he received, he’s an IBEW apprentice electrician for PG&E. And in January 2014, Erick was chosen to introduce President Obama at the White House for an event highlighting the President’s initiative on long-term unemployment — an initiative PG&E is honored to support.

I’m proud of the good work Erick is doing for PG&E and of the success of PowerPathway, which has become the benchmark for workforce training programs. Thanks to innovative partnerships, the program is producing exceptional, diverse, local candidates who are successfully starting careers at PG&E and throughout the utility industry.