In this year's State of the Union address, President Obama announced that Vice President Biden would lead a reform of America's job training programs, making sure that these programs "train Americans with the skills employers need, and match them to good jobs that need to be filled right now."

This afternoon, the President and Vice President visited the Community College of Allegheny County in Oakdale, Pennsylvania to announce progress on that reform.

"CCAC is an outstanding model of the kind of job-driven training we're trying to encourage all across the country," said President Obama. "You're doing something right that is making a difference in people's lives — and we want to spread the word."

The President first announced a nearly $500 million competition in which the federal government will award grants to community colleges and employers partnering together to develop job-driven training programs.

We've asked more community colleges to do what you’ve done here at Allegheny, and that is to figure out what skills local employers are looking for, and then partner with them to help design the curriculums and to prepare the students for those jobs. We want a seamless progression from community college programs to industry-recognized credentials and credit towards a college degree.

And today I’m announcing that we’re going to award nearly $500 million to those institutions who are doing it best in all 50 states -- using existing money to create opportunity for hardworking folks like you.

He also announced a $100 million competition for American Apprenticeship Grants, which will expand the types of apprenticeships that help put young people and experienced workers on an upward career trajectory. 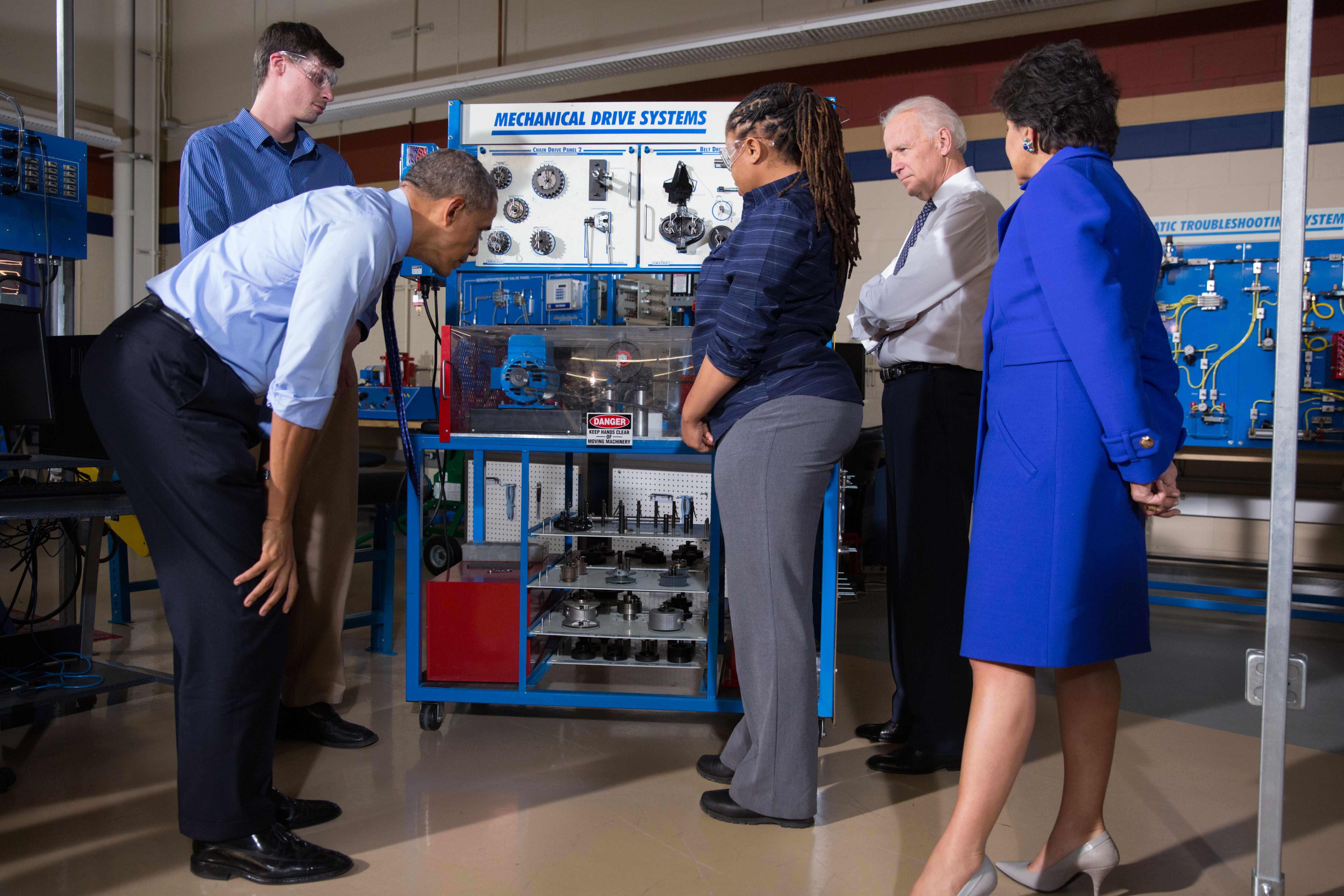 "When it comes to training our workers," the President said, "not all of today’s good jobs require a four-year college degree. But I promise you, there’s not a job out there that’s going to pay a lot if you don’t have some sort of specialized training. So our best bet is keeping ahead in the skills race."

Learn more about how the federal government — as well as employers, unions, and foundations — are supporting job-driven training.