This afternoon, the President welcomed the U.S. Naval Academy’s football team to the White House to receive the Commander-in-Chief’s Trophy once again.

Since 1972, the trophy has been awarded each season to the winner of a triangular series between the Army Black Knights, the Navy Midshipmen, and the Air Force Falcons. Today marked Navy’s ninth time receiving the trophy in the past 11 years.

Talk about a hot streak.

"This was a pretty good year on the gridiron," said the President. "What's more impressive is the fact that for these outstanding young men, football isn’t even the main thing."

When you sign up to play at Annapolis, you know you’re in for a different experience. A typical day starts at 6 a.m. in the training room. Breakfast is at 7. After that, it’s class, lunch, and football meetings. Then more class, football practice, and dinner. Free time starts at 8, which most players use to study until midnight. And when students at other colleges are enjoying summer vacation, these guys are busy with military training, and summer school, and offseason workouts. 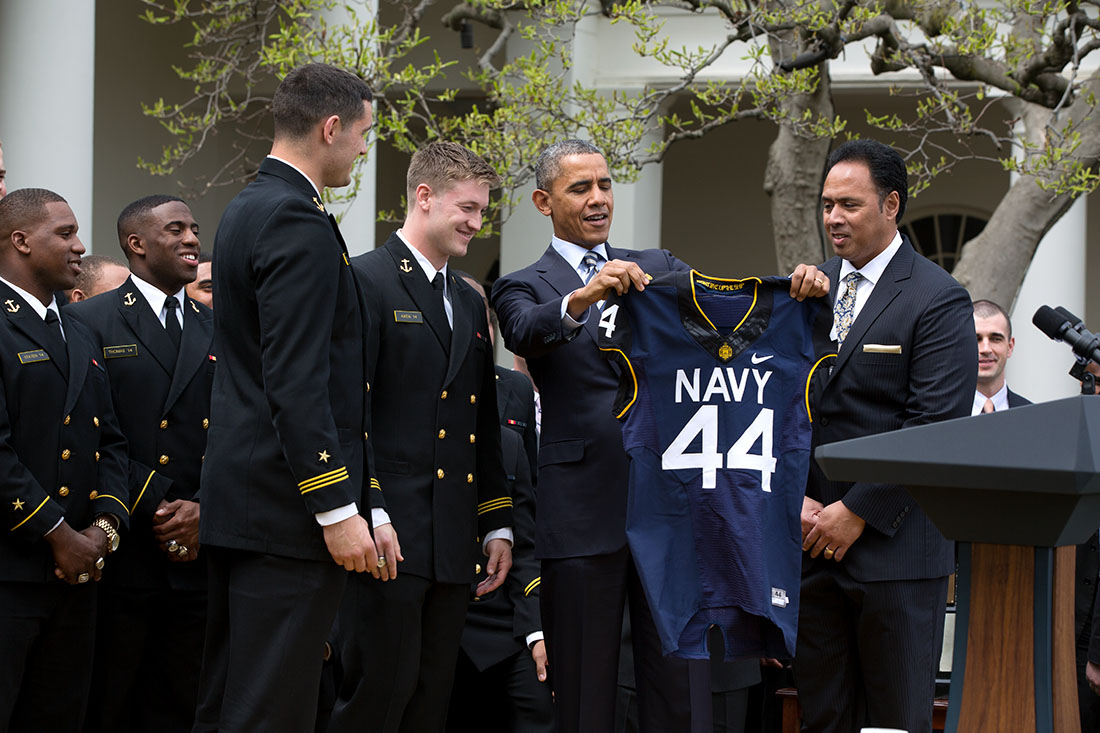