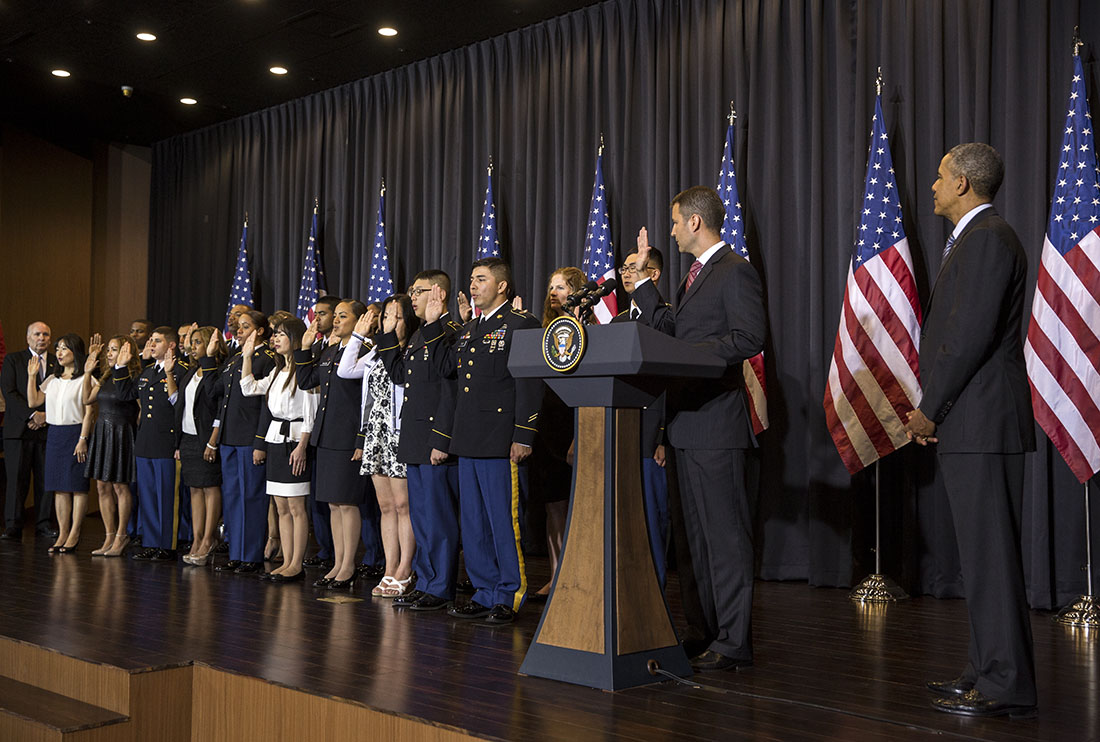 This morning, President Obama welcomed 20 new American citizens at a special naturalization ceremony held at the War Memorial in Seoul, South Korea. President Obama celebrated the new citizenship of 13 service members and 7 military spouses at today’s ceremony. The President paid tribute to all those who served and fought for the United States in the Armed Forces, including generations of immigrants. The President also had the opportunity to highlight the important role of military spouses, 7 of whom were granted citizenship, for their commitment and service to the United States.

Those honored came from 14 different countries, each with a unique and poignant personal story but all shared a common love of our country. We celebrate the true meaning of patriotism -- the love of a country that’s so strong that these men and women were willing to risk their lives to defend our country even before they could call it their own. It is through the remarkable sacrifices of these 20 individuals that the power of immigrants in the United States is illustrated. These men and women defend our nation’s freedom day after day or support their spouses who do so.

America is stronger because of its history as a nation of immigrants, coming from all parts of the world. There is more to citizenship than just circumstances of birth, but rather a joyful spirit of citizenship, one that demands participation, responsibility, and service to our country and to one another.

If our nation wants to continue to attract the best and the brightest, the smartest and most selfless, like the men and women in uniform who became American citizens today, then we owe it to our citizens to fix our broken immigration system and pass commonsense immigration reform.

The President will continue to fight tirelessly to urge Congress to act this year on reform that will modernize the legal immigration system, continue to strengthen our border security, hold employers accountable, and provide a pathway to earned citizenship for those undocumented immigrants living in the shadows. Commonsense immigration reform also means that our country can live up to our most closely held values by providing the opportunity for others to join our American family.

Katherine Vargas is the Director of Hispanic Media.