President Obama at YSEALI Town Hall: "Young People Like You Have to Be the Ones Who Lead Us Forward"

During the town hall, the President answered questions from the youth in attendance, and from young people who asked questions online and through social media.

"These trips are usually all business for me," said the President, "but every once in a while I want to have some fun, so I try to hold an event like this where I get to hear directly from young people like you -- because I firmly believe that you will shape the future of your countries and the future of this region."

In his initial remarks, the President elaborated on his connection to that part of the world -- being born in Hawaii, living in Indonesia as a boy, and having a mother who spent years working in the villages of Southeast Asia.

"The Asia Pacific, with its rich cultures and beautiful traditions and vibrant society -- that's all part of who I am," said the President. "It helped shape how I see the world. And it's also helped to shape my approach as President."

President Obama fielded a wide range of questions from the town hall participants -- covering topics such as what his dreams were in his 20s, community service projects that impacted him, the legacy he wants to leave behind, and what happiness means to him.

I’m so impressed with all of you and what you have done and what you’ll do in the future. I do want you to feel optimistic about your future... despite how hard sometimes the world seems to be, and all you see on television is war and conflict and poverty and violence, the truth is that if you had to choose when to be born, not knowing where or who you would be, in all of human history, now would be the time. Because the world is less violent, it is healthier, it is wealthier, it is more tolerant and it offers more opportunity than any time in human history for more people than any time in human history...

And there will still be problems 20 or 30 years from now also. But they will be different problems, because you will have solved many of the problems that exist today. And America wants to be a partner with you in that process, so good luck.

Read the President's full remarks and the entire Q&A from the town hall.

The town hall was his last event before heading to the Philippines -- the President's last stop on his current trip throughout Asia.

Watch the video below for the latest trip update: 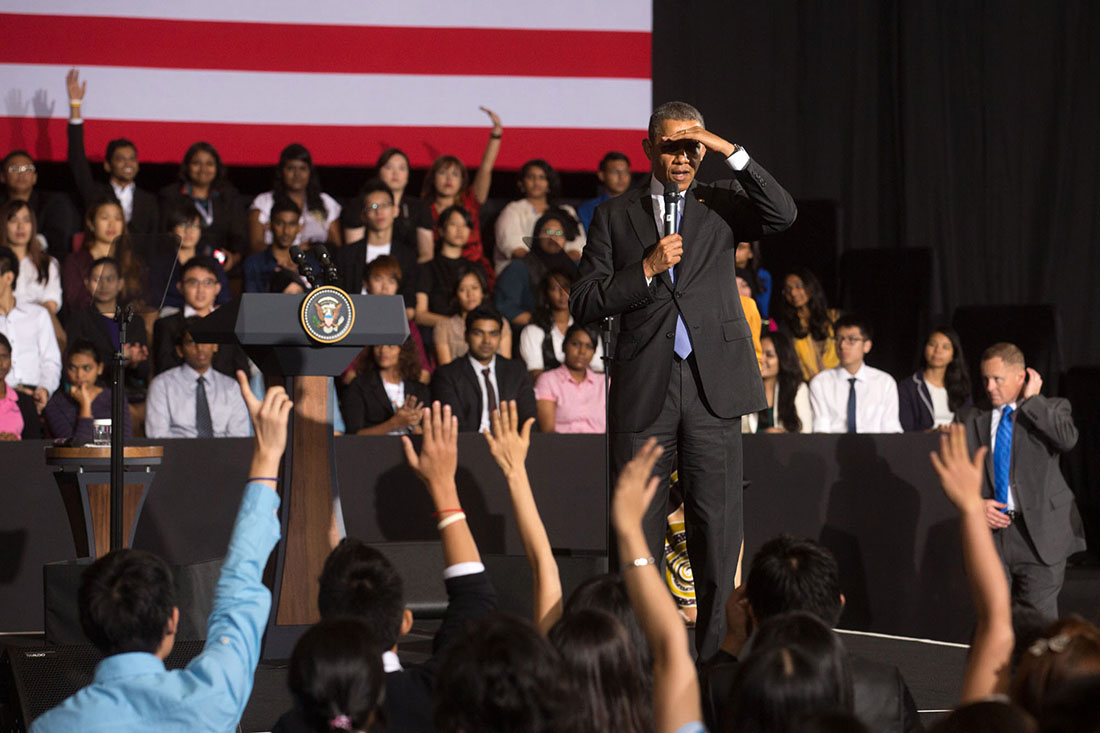