Olympic Medalist and Miss America Share Their "I Am Beyond" Stories 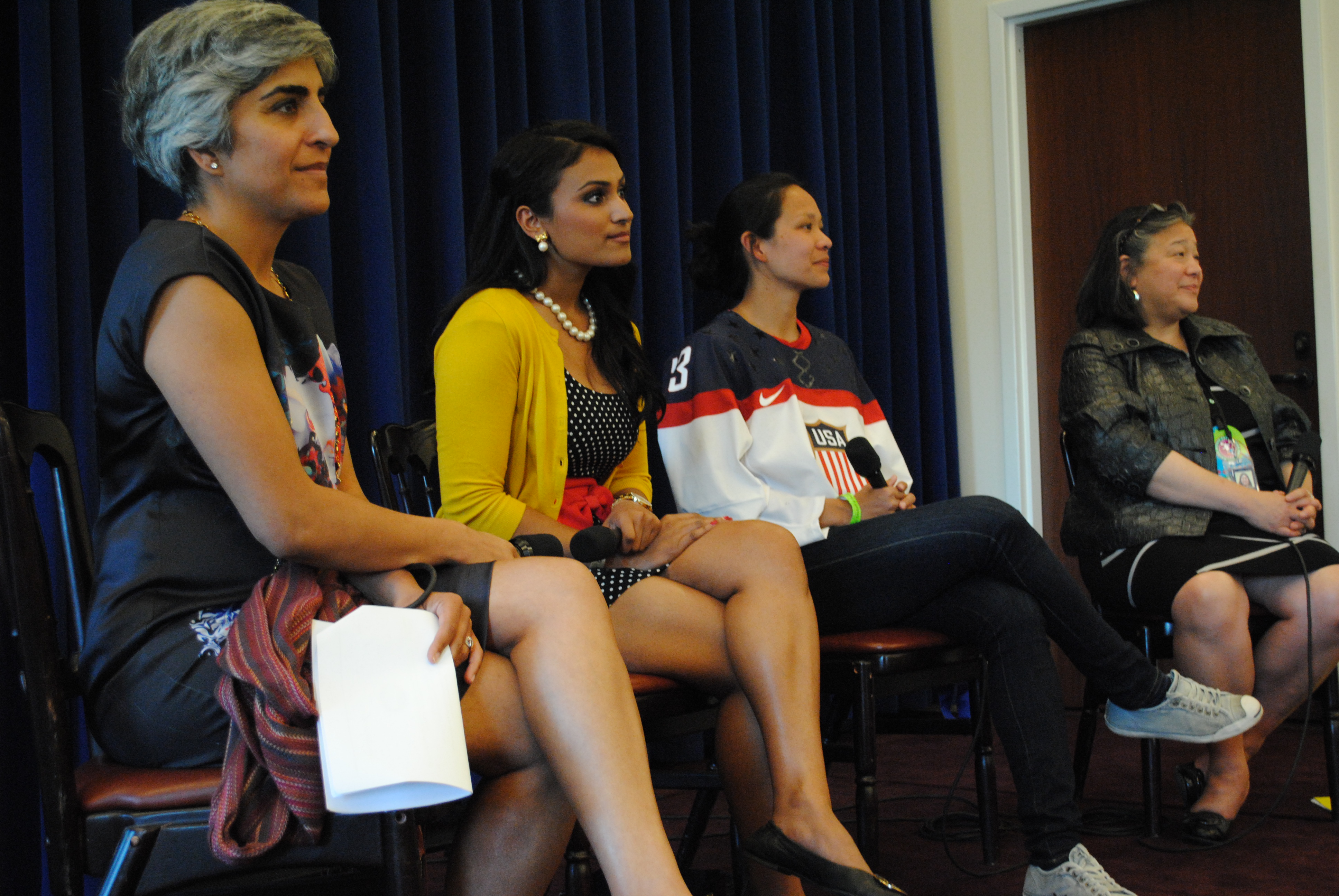 We were able to sit down with Nina and Julie before the event and listen to their "I Am Beyond" stories, the theme for this year’s Asian American and Pacific Islander Heritage Month. The phrase captures the aspirations of the American spirit and how Americans of Asian and Pacific Islander descent have always sought to excel beyond the stereotypes and everyday challenges facing immigrants, refugees, or even indigenous populations in America.

As an Indian American, Nina Davuluri has used the Miss America organization platform to show young girls and women that you should always be proud of who you are and where you come from. “When I started competing, I really wanted to change the idea or perception of who the girl next door was,” she said. “For me, the girl next door was evolving as the diversity of America evolved.” It was her goal to finally reach out to a new demographic of young women.

Julie Chu, who was the flag bearer for Team USA during the 2014 Sochi Winter Olympics Closing Ceremony, explained to us that it was not always easy playing a sport that typically only boys played.  “Being one of the only girls playing boys hockey growing up, I faced challenges and adversities from some of the boys I played against,” she said. “But what hockey taught me was resiliency. Not really allowing those things to stop me from chasing my dreams.”

As the first Asian American woman to play for the U.S. Women’s Ice Hockey team, Julie wanted to build a lasting legacy for young women and “create opportunities for the next generation to be able to pursue whatever they are passionate about.” 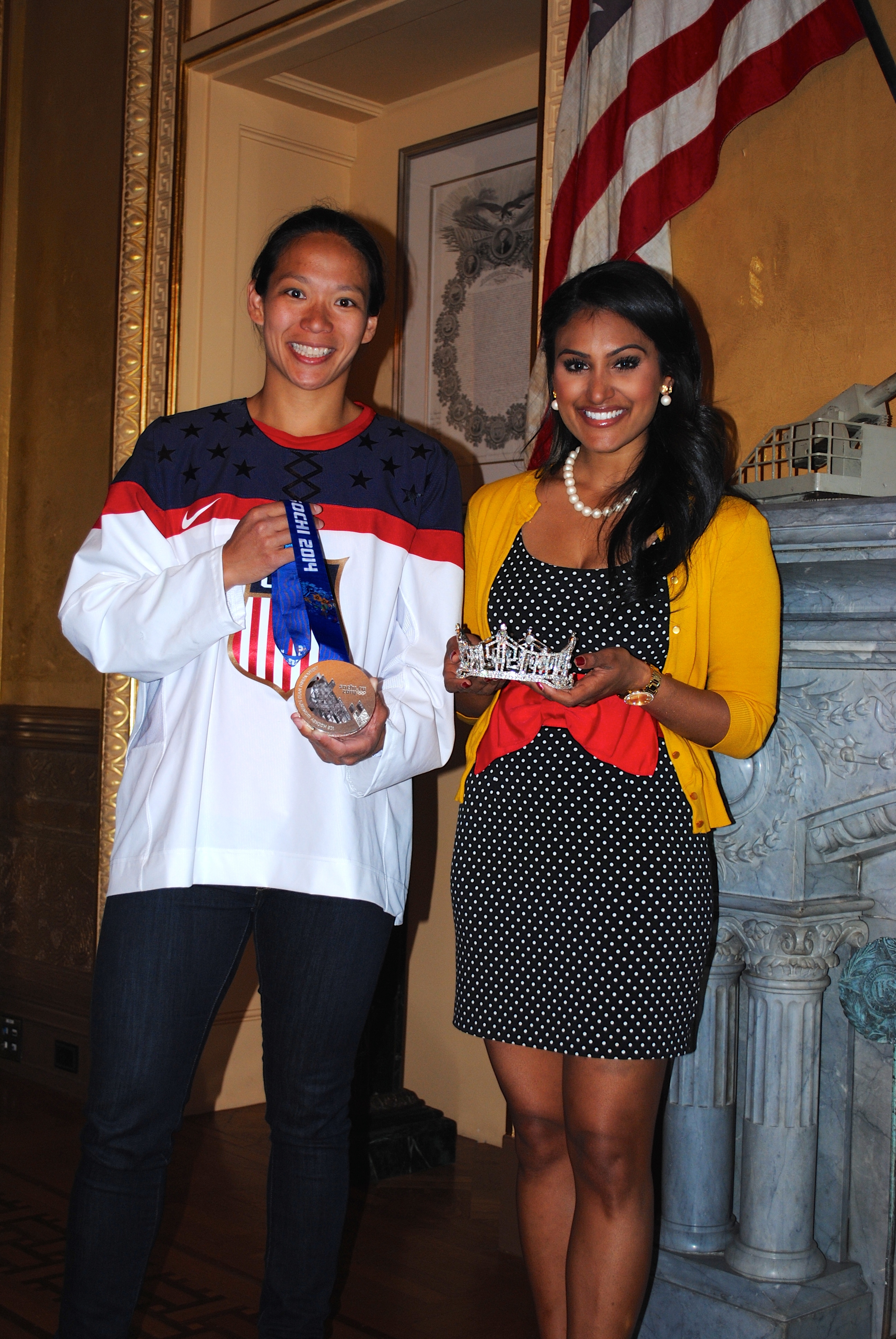 Chu displays one of her Olympic medals and Davuluri holds her Miss America 2014 crown prior to a women’s armchair conversation at the White House, April 21, 2014. (by Darren Shim)

These incredible women are nothing short of amazing and have paved the way for the younger generation to find, explore, and pursue their own passions and interests. Their “I Am Beyond” stories are testaments to the power of hard work and dedication and how a dream can one day grow into something that can inspire and change those around you.