May 5, 2014 at 7:40 PM ET by David Hudson
Twitter Facebook Email
Summary:
The President hosts a reception in the East Room of the White House to celebrate Cinco de Mayo -- "a great moment in Mexican history."

This afternoon, in the East Room of the White House, President Obama hosted a reception in honor of Cinco de Mayo.

In his remarks, the President explained how Cinco de Mayo "marks a great moment in Mexican history — one that ended up shaping the United States as well."

152 years ago, a band of Mexican patriots in the town of Puebla faced an invasion by Napoleon III’s troops. The French side was bigger, it was better trained and better armed. But the Mexicans grabbed whatever weapons they could and fought with all their might, and they won the battle. A few years later — thanks to the bravery and tenacity of the Mexican people, with support of the United States — the occupation came to an end.

And had the opposite happened, our nations would look very different today. Our friendship with Mexico has had an enormous influence on our history and our culture and our economy. Today, our governments work together on everything from stopping crime to promoting trade to protecting our environment. And millions of Americans are connected to Mexico through ties of friendship and language and family — and they make vital contributions to our nation every single day. So today, we remember with gratitude those brave fighters who triumphed in Puebla all those years ago, and the generations of Mexicans and Americans who’ve sustained and strengthened us ever since. 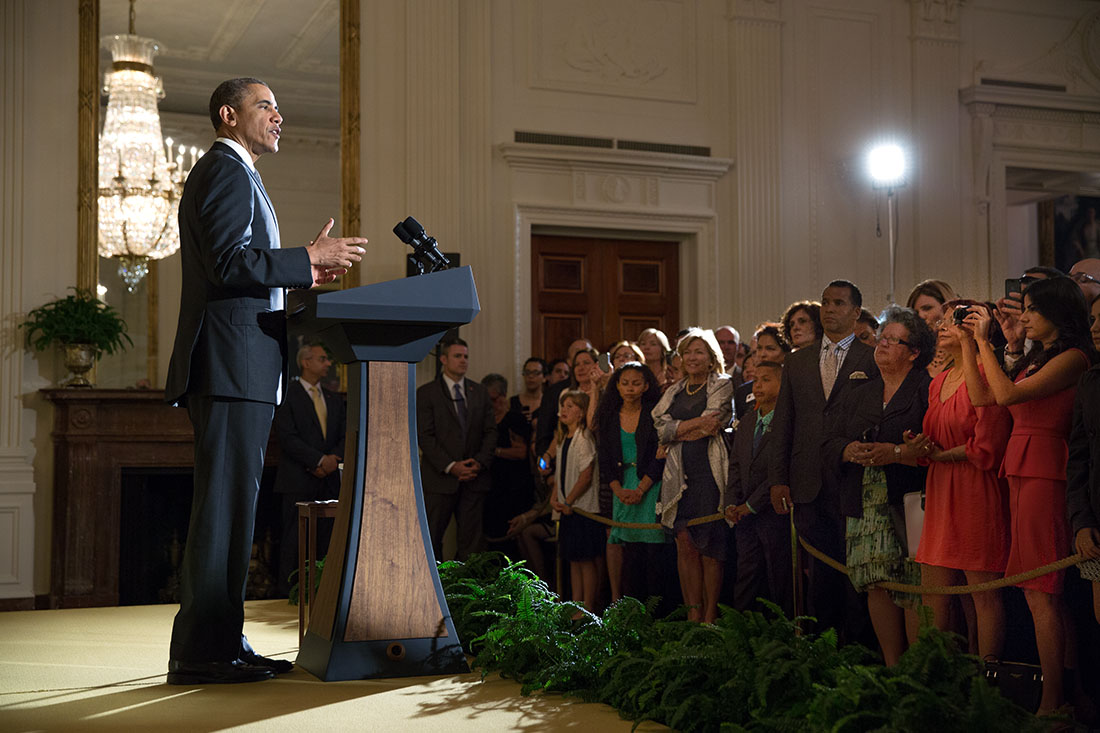 President Obama also remarked that the best way to honor our past is to build a brighter future together, by ensuring that everyone has a fair shot at the American Dream.

In his words, that goal is why he "fought so hard for the Affordable Care Act," so that every American has access to quality, affordable health care. And it's why he's fighting to ensure that every child has access to a world-class education, and that we pass comprehensive reform to fix our broken immigration system.

"I am convinced that America’s prosperity and security depend on comprehensive, common-sense immigration reform," said the President. "I'm going to work with everybody who’s serious about strengthening our borders, modernizing our legal immigration system, keeping more families together, and getting this done. And it’s the right thing to do for our economy, for our security and our future."