May 6, 2014 at 12:25 PM ET by Sarah Baker
Twitter Facebook Email
Summary:
Daniel Leija, who teaches kindergarten for students with special needs and fifth-grade math and science at Behlau Elementary School in San Antonio, is an outstanding participant in the Troops to Teachers program. 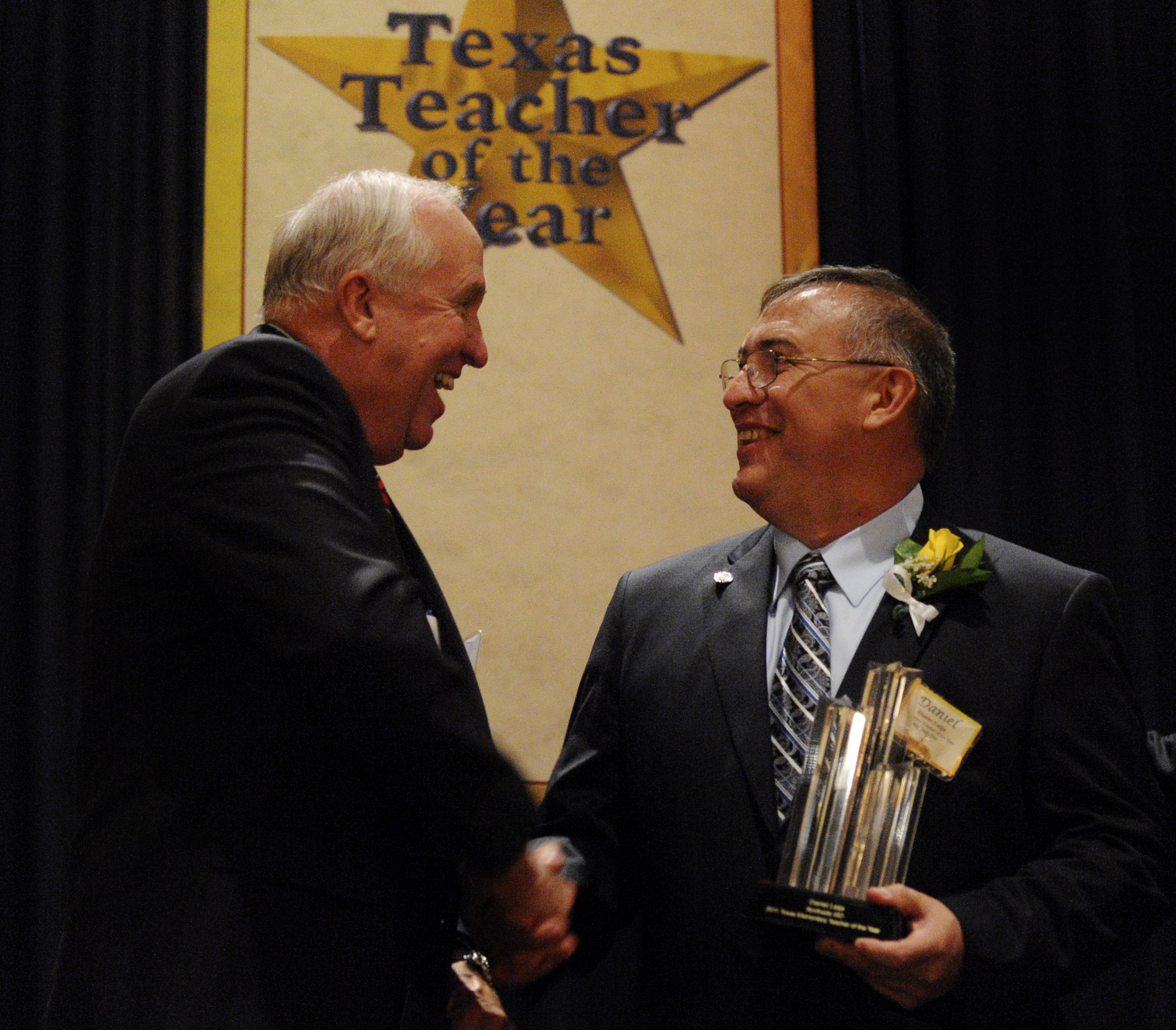 Troops to Teachers participant Daniel Leija is named the 2011 Texas Teacher of the Year, Oct. 15, 2010. (Photo submitted by Daniel Leija)

Daniel Leija teaches kindergarten for students with special needs and fifth-grade math and science at Behlau Elementary School in San Antonio, Texas. Before becoming an elementary school teacher, Leija served in the U.S. Air Force. He worked with air evacuation units in North Carolina, Texas, and the Republic of Korea, serving in various support and training roles. In 1986, he had his first teaching experience as an instructor and as the non-commissioned officer in charge at the Enlisted Aeromedical Evacuation Training Course.

“I knew I had finally found my niche in life the day I started teaching,” Leija said.

At the urging of his unit’s chief training officer, he enrolled in the education program at a local university to work on a Bachelor of Science in Elementary Education. One course at a time, he pursued his degree. His duties and a short tour to Kunsan Air Base in the Republic of Korea didn’t slow him down. In fact, his volunteer work at a local orphanage just served as greater inspiration to continue his studies.

“After some serious soul searching and discussions with my wife, I chose to take the latter and accepted a job as a kindergarten teacher at Harmony Elementary School in the East Central Independent School District of San Antonio, Texas,” Leija said.

Now, some 14 years later, he has taught kindergarten, third, and fourth grade in addition to teaching fifth-grade math and science. He says that instilling the virtues of persistence and hard work into his students pays huge dividends. His students have always scored near the top in standardized state testing and have gone on to be very successful, and some have stayed in touch.

The Troops to Teachers was instrumental in helping Leija meet costs not covered by military tuition assistance and relieved the burden of paying off education expenses while providing for his family. 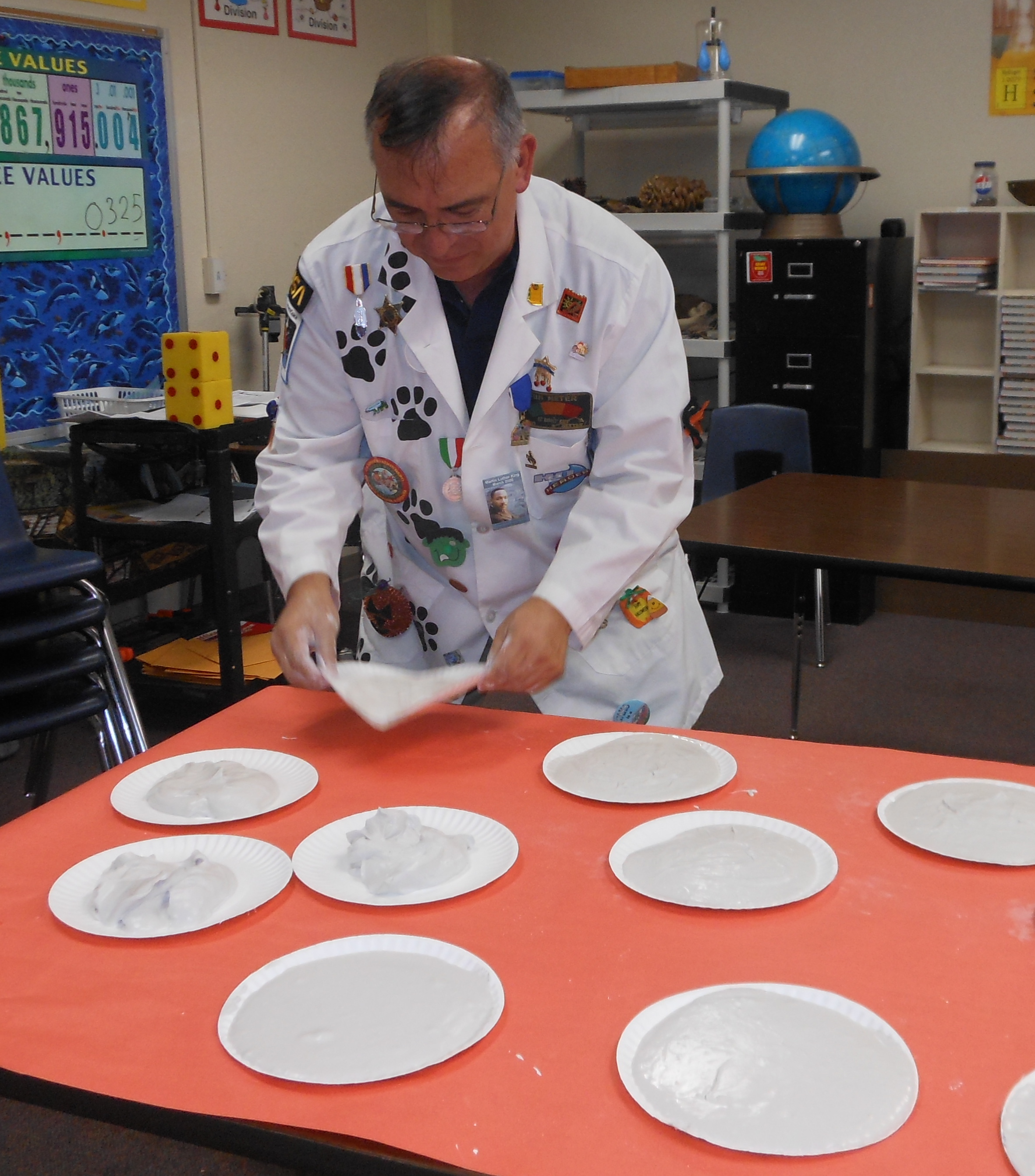 In addition to serving as an elementary school teacher, Daniel Leija also volunteers as a Troops to Teachers mentor. As a mentor, he provides insight, guidance, and encouragement to service members and veterans interested in pursuing a career in teaching upon separation from the military. (Photo submitted by Daniel Leija)

Leija uses his Air Force experience to teach his students, and he uses it outside of the classroom as well, where he serves in a variety of leadership roles at the campus, district, and state levels.

“I whole-heartedly believe in and carry on the spirit of the Air Force core values in my teaching career: ‘Integrity first, service before self, and excellence in all that we do.’ These guiding principles carry me through my daily routines, keeping me focused on the important things in my profession. I am very thankful for the leadership training and opportunities the military provided. These experiences provided the necessary background knowledge needed to effectively carry on with leadership roles in my new profession,” he says.

It is my privilege to put the spotlight on Daniel Leija, or “Dan, Dan the Science Man,” as he is affectionately known by his students. I also offer my sincere gratitude to our nation’s veterans who are proud to serve again as teachers of our children. Thank you all for your service.