May 7, 2014 at 6:00 PM ET by David Hudson
Twitter Facebook Email
Summary:
The President travels to central Arkansas to tour the tornado-affected areas, and reassures the area's residents that they're not doing this work alone.

This afternoon, President Obama traveled to central Arkansas to tour the areas affected by last week's tornadoes and severe storms.

Upon arriving, the President talked with some of the families who lost loved ones as a result of the tornadoes, as well as some of the first responders, recovery workers, and members of the National Guard that are helping the community recover.

He also took time to view the devastation wrought by the tornadoes, before delivering remarks about the disaster – and the road ahead.

"The federal government's going to be right here until we get these communities rebuilt," said the President. "Because when something like this happens to a wonderful community like this one, it happens to all of us."

The people of Vilonia and all the other towns devastated by the storm understand there's a lot of work that remains to be done, but I'm here to remind them that they're not doing this work alone. Your country's going to be here for you, we're going to support you every step of the way. You are in our thoughts and prayers. 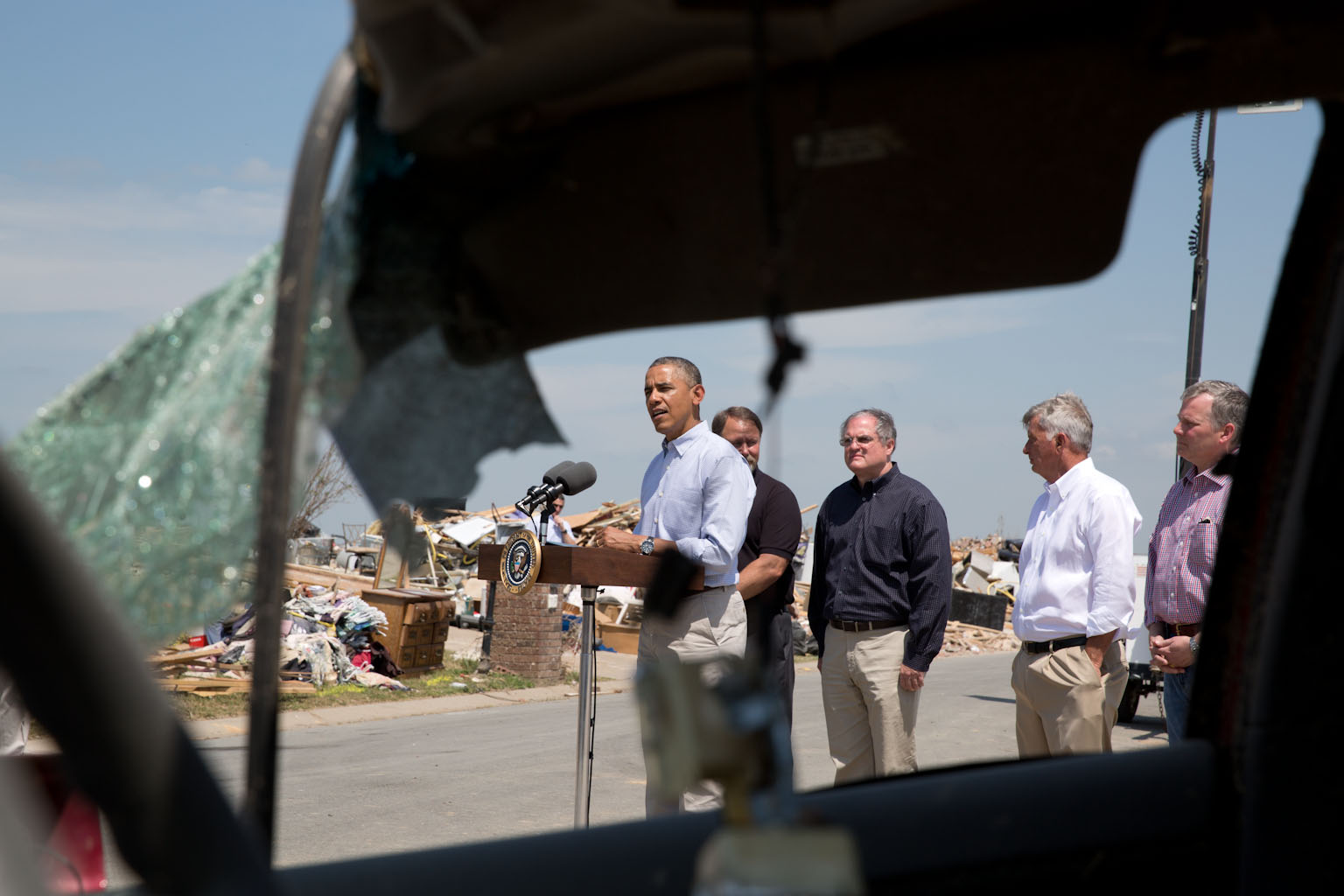