Changing the Way We Use Energy to Move America Forward 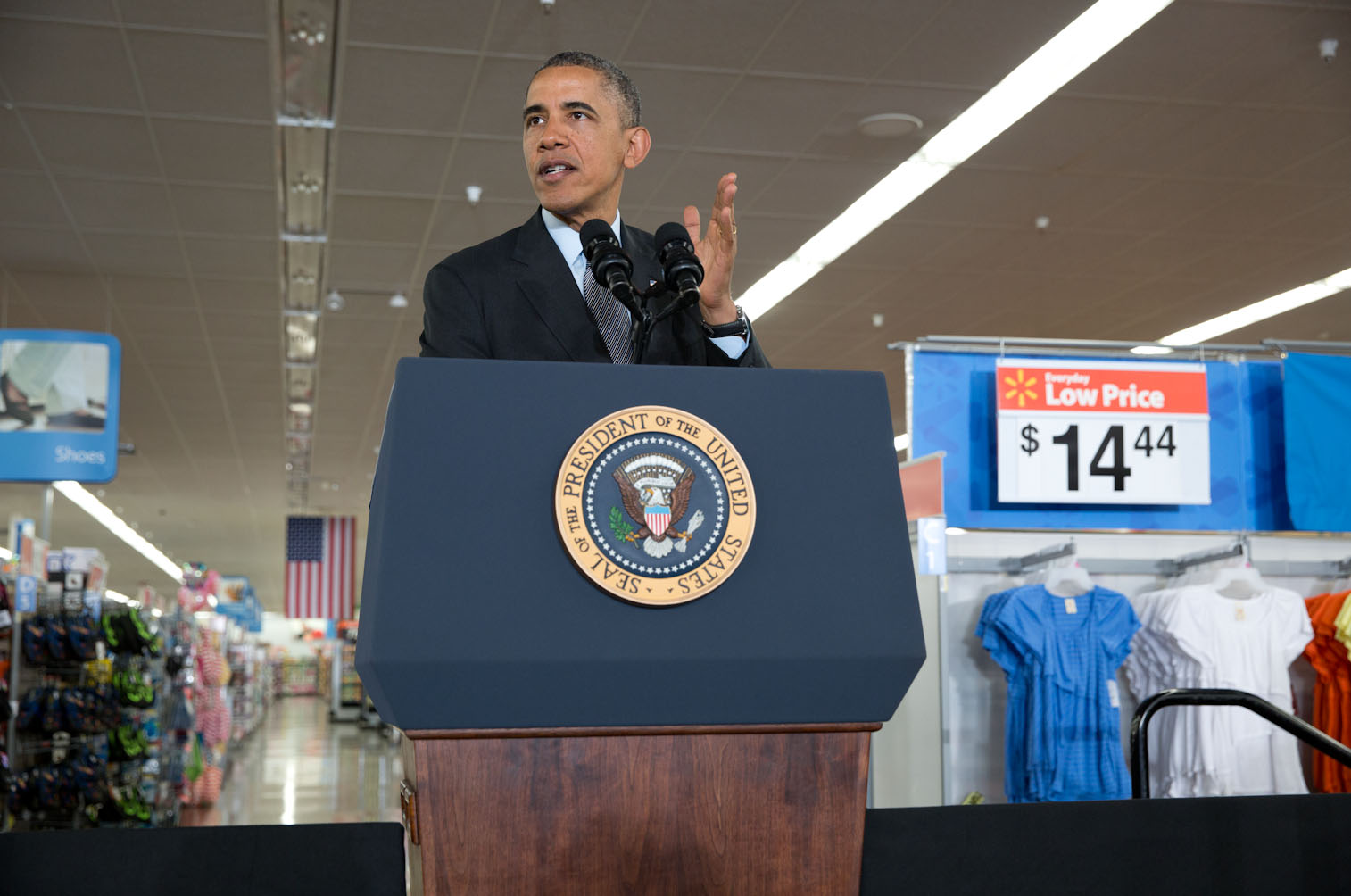 It's a big store in fact, and one that millions of Americans have in their own hometowns: Walmart.

But this isn't your typical Walmart, President Obama said.

"A few years ago, you decided to put solar panels on the roof of the store," he explained. "You replaced some traditional light bulbs with LEDs. You made refrigerator cases more efficient. And you even put in a charging station for electric vehicles."

Those upgrades are helping Mountain View's Walmart save money on its energy bills -- and created dozens of construction jobs in the process.

"More and more companies like Walmart are realizing that wasting less energy isn't just good for the planet. It's good for business," he said. "And it means jobs."

First, he said, cities, schools, and businesses are pledging to waste less energy.

GM is pledging to improve energy efficiency in 31 plants.  The University of Virginia is doing the same thing in its buildings.  Cities like Little Rock, Kansas City and Detroit are replacing regular street lights with more efficient LEDs.

And at Walmart, you’ve committed to reducing energy consumption across 850 million square feet of space. That's a lot. That's enough to cover more than half of the city of San Francisco.

The federal government is doing also its part. President Obama has ordered $4 billion in energy upgrades to federal buildings. And the Department of Energy is putting in place new efficiency standards that could save businesses billions of dollars in energy costs and cut carbon pollution – the equivalent of taking about 80 million cars off the road.

Second, President Obama said, Americans across the country are coming together to use more clean energy.

More than 300 organizations from homebuilders, to affordable housing owners, to companies like Home Depot and Apple have announced they’re going to expand the use of solar energy. Public and private banks are ready to invest billions in renewable energy and Treasury and the IRS are making it easier for renewable energy companies to operate and attract investment. Community colleges across the country will get support to help 50,000 workers learn skills solar companies need.

"So we know that generating more clean energy, using less dirty energy, and wasting less energy overall can be good for business and consumers," President Obama said. "And it’s also good for the world we leave to our children."