They Helped Build a Railroad−and a Nation: Honoring the Chinese Railroad Workers

May 9, 2014 at 6:04 PM ET by Secretary Tom Perez
Twitter Facebook Email
Summary:
One hundred forty-five years ago tomorrow, May 10, the word “DONE” was telegraphed to Washington D.C., sending word that the final spike had been driven in to complete the First Transcontinental Railroad.

Ed. note: This is cross-posted from the United States Department of Labor. 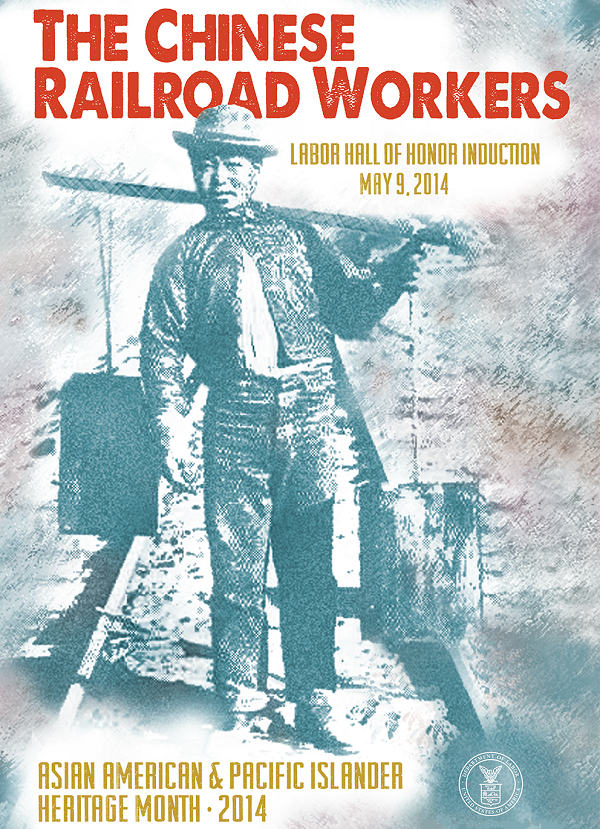 (by United States Department of Labor)

One hundred forty-five years ago tomorrow, May 10, the word “DONE” was telegraphed to Washington D.C., sending word that the final spike had been driven in to complete the First Transcontinental Railroad. It was one of the most remarkable engineering feats of the 19th century, connecting the country from coast-to-coast, facilitating commerce and opening the door for massive economic expansion. Before its completion, cross-country travel took six months. The railroad reduced it to a single week.

But too often lost in discussions of this awe-inspiring achievement is the contribution of the approximately 12,000 Chinese laborers who took on the grueling task of completing the western section of the track.

It was backbreaking, dangerous work. Many of these workers died from the harsh winters and brutal conditions. They laid tracks on terrain that rose 7,000 feet in less than 100 miles, chipped away at the granite and planted explosives that were used to blast tunnels through the treacherous Sierra Nevada Mountains.

They also faced prejudice, low wages and social isolation. Nevertheless, the Chinese Railroad Workers courageously took a stand to organize for fairer wages and safer working conditions. In addition to connecting the nation and building its infrastructure, they also advanced American ideals of equal opportunity and the dignity of work for everyone, immigrant and American-born alike.

For their courage and sacrifice, and in recognition of Asian American and Pacific Islander Heritage Month, today I inducted the Chinese Railroad Workers into the Department of Labor’s Hall of Honor. Among those enshrined there: César Chávez, Helen Keller, Frances Perkins, the 9/11 Rescue Workers and the Workers of the Memphis Sanitation Strike. But never until now has this tribute been bestowed on an Asian-American group or individual.

At the Labor Department, we don’t just honor yesterday’s workers; we advocate for today’s workers. The Chinese Railroad Workers have been followed by generations of AAPI immigrants and their descendants who play an integral role in the American labor force—from Filipino health care workers to Korean grocers to South Asian taxi drivers to Vietnamese nail salon workers—but who are often the most vulnerable workers. From protections against misclassification and wage theft to reducing exposure to dangerous chemicals, the Department of Labor’s priorities are also priorities for AAPI communities.

I say communities, plural, because it is important to recognize the diversity within this group. AAPIs represent over 30 countries and ethnic groups, and speak over 100 languages.

AAPI diversity is reflected in the different ways AAPI communities are faring as the economy recovers. At 5.2 percent, the overall unemployment rate among AAPIs in the U.S. was lower than the national average of 7.4 in 2013 (presently, the national rate is 6.3 percent). But that 5.2 percent doesn’t tell the whole story. 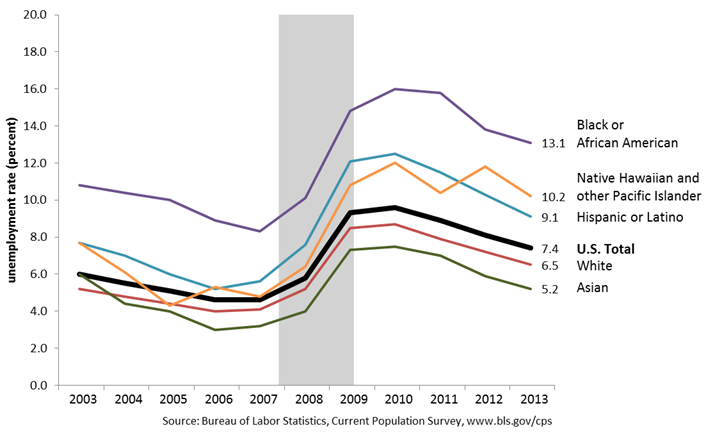 For Native Hawaiian and Pacific Islanders, and other Asian-Americans—including Laotians, Cambodians, Pakistanis and Hmong, among others—unemployment rates stood at 10.2 and 7.1 percent, respectively. In contrast, workers of Vietnamese, Asian-Indian, Chinese and Japanese ancestry are at 5.0, 4.6, 4.4 and 3.3 percent, respectively. 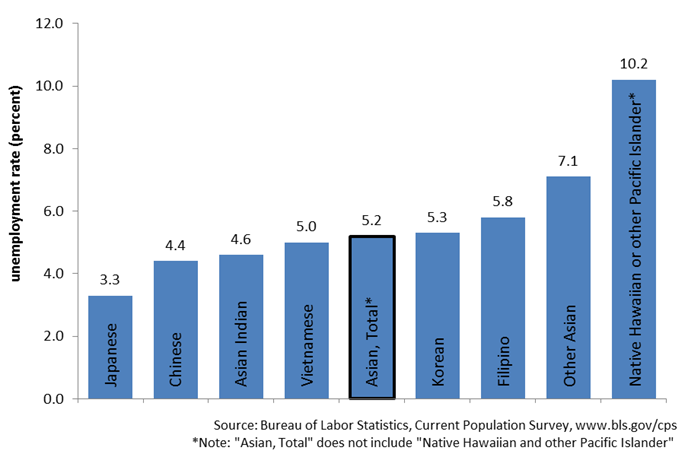 Data tells an important story, helping us understand how we can better serve diverse communities, target resources and assess programs. Good data is the foundation of good policy, and good policy is the foundation of effective enforcement. That’s why I have directed the department to update a 2011 report, Asian-American Labor Force in the Recovery. In additional blog posts in the coming weeks, we will continue to share further insights about this new data on the AAPI workforce.

As we observe AAPI Heritage Month and celebrate the inspiring story of the Chinese Railroad Workers, we are redoubling our efforts to create opportunity for all workers around the country. The Department of Labor is in fact the Department of Opportunity.

Tom Perez is the Secretary of the U.S. Department of Labor.