“We Are Beyond”: Celebrating AAPI Heritage Month at Our Opening Ceremony with Vice President Joe Biden

May 9, 2014 at 10:17 AM ET by Tung Nguyen
Twitter Facebook Email
Summary:
This week, the White House Initiative on Asian Americans and Pacific Islanders and the U.S. Department of the Interior hosted the 2014 Opening Ceremony for AAPI Heritage Month. The Opening Ceremony was the first in a series of events to celebrate Asian American and Pacific Islander (AAPI) Heritage Month. 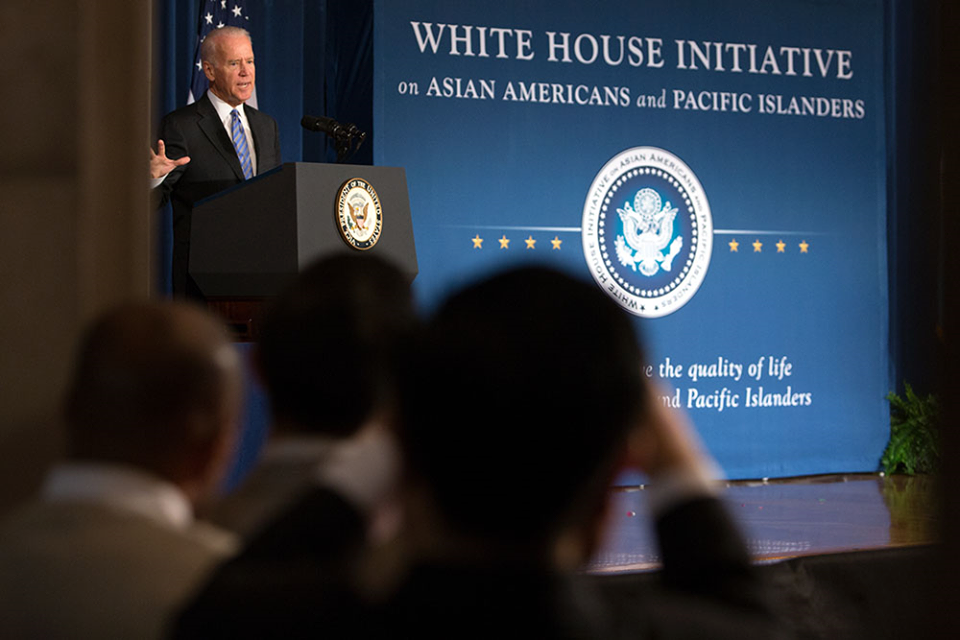 We were honored to be joined by Vice President Joe Biden, who spoke about the importance of the growing AAPI demographic, and the pressing need for immigration reform. As Congressman Mike Honda, Chair Emeritus of the Congressional Asian Pacific American Caucus (CAPAC), and Congresswoman Judy Chu, Chair of CAPAC, remarked, the Vice President has been one of the biggest advocates for the AAPI community. We were also honored to be joined by Rhea Suh, the Assistant Secretary for Policy, Management, and Budget at the U.S. Department of the Interior, and Chris Lu, the Deputy Secretary for the U.S. Department Labor, and a former chair of the Initiative. To watch the video click here.

For me, the most exciting part of the event was to be ceremonially sworn into the President’s Advisory Commission on AAPIs. The Commission, which is charged with improving the quality of life for AAPIs through increased participation and access to federal programs, advises the President on innovative ways to engage AAPIs across the country. During the event, U.S. Circuit Judge Sri Srinivasan ceremonially swore in 14 new and two returning Commissioners. 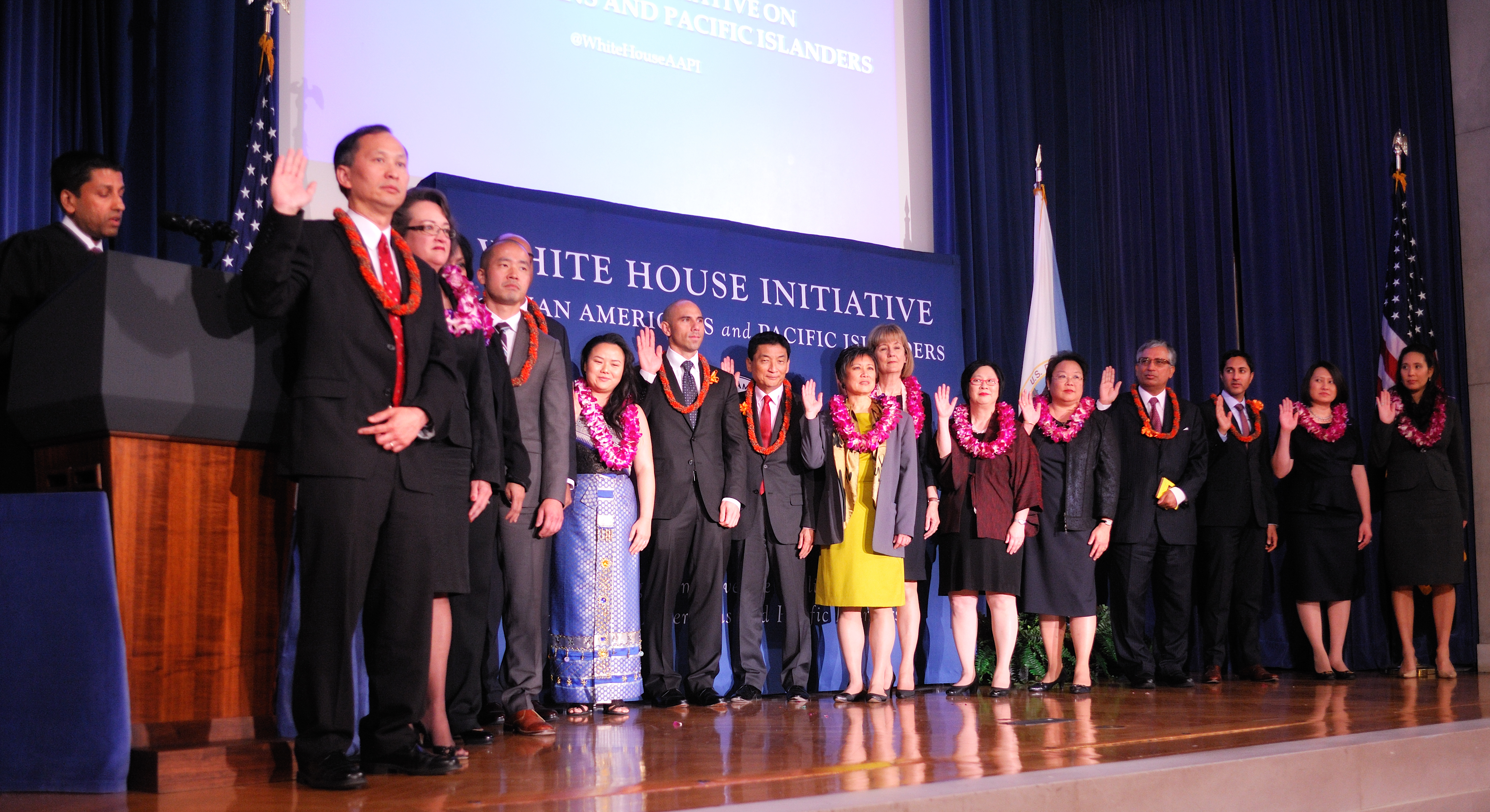 To open the program, the Initiative’s Executive Director Kiran Ahuja and Deputy Director Audrey Buehring led an interactive monologue to highlight the Initiative’s work and included a social media “selfie” with Commissioners and audience members.

This year’s theme for AAPI Heritage Month was “I Am Beyond,” a phrase that captures the aspirations of the American spirit and the rich and complex diversity of the AAPI community. In light of the theme, DJ Yoon, the Executive Director of the National Korean American Service & Education Consortium, Maulik Pancholy, an acclaimed film, television, and stage actor, Helen Zia, an influential activist and journalist, Mary A.Y. Okada, the President of Guam Community College, and Konrad Ng, the Director of the Smithsonian Asian Pacific American Center, participated in a panel discussion about “I Am Beyond.” In addition, spoken word artists George Yamazawa Jr. and Maxie Moua, ukulele singer Kama Hopkins, dancer Mike Song, and beatboxer KRNFX performed their own interpretations of the theme. 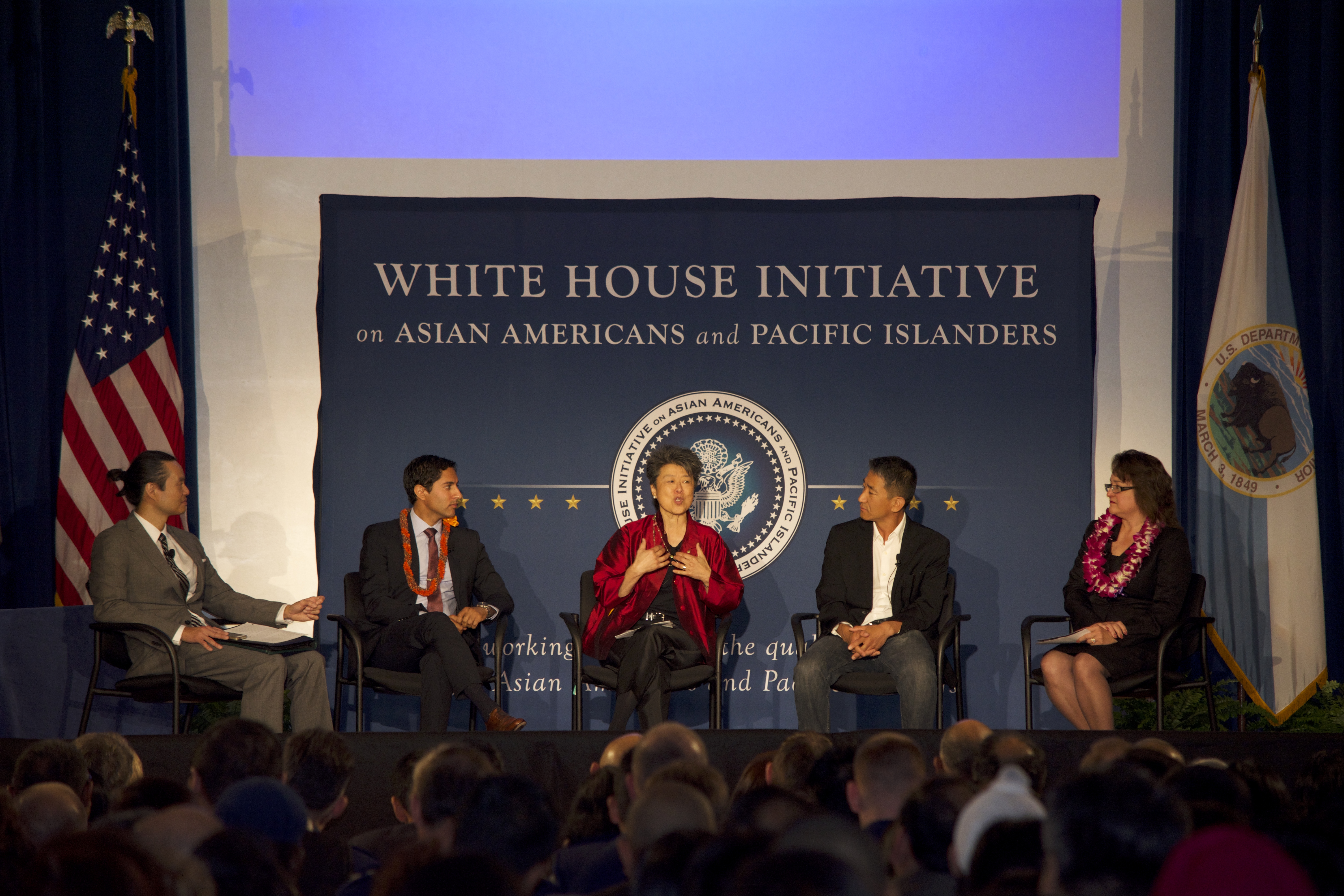 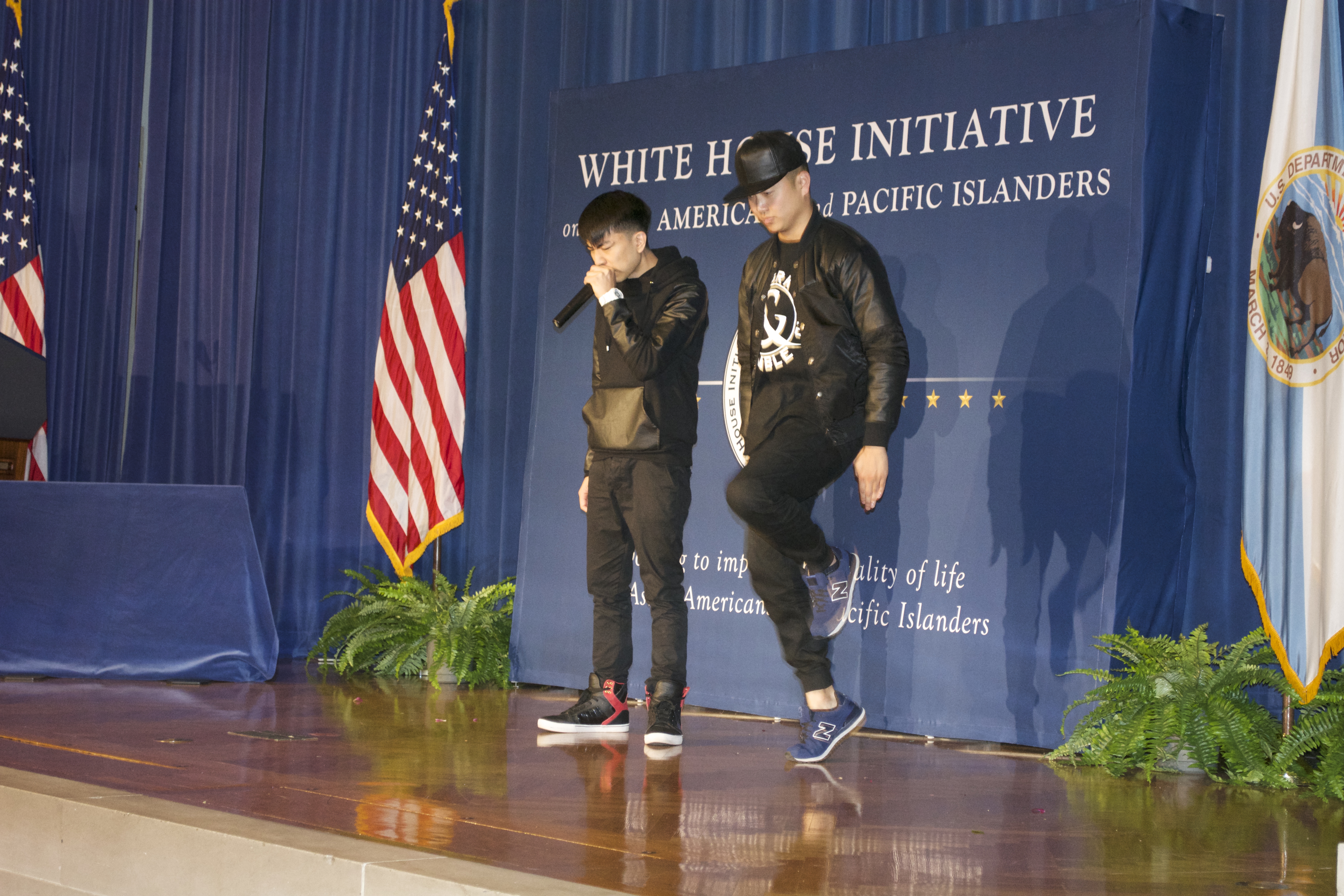 AAPI Heritage Month serves as an opportunity to celebrate and re-dedicate ourselves to the ongoing work of improving the community. As a returning Commissioner, I am deeply grateful to the previous Commission, and the leadership of former Chair Daphne Kwok. To highlight this Commission’s tremendous work, a report on its accomplishments was released this week. In the last four years, we’ve hosted over 200 national gatherings, roundtables, opening dialogues, and workshops, reached more than 30,000 people, held 24 federal agencies accountable through annual Federal Agency Plans, and launched the Regional Interagency Working Group as a platform to connect regional federal representatives with local community leaders. Within the past four years, the AAPI population established itself as a civically engaged and politically important community. However, we know that there is much work to be done. As the new Chair of the Commission, we will continue to build upon our efforts by opening the doors of government to the AAPI community. Together, the community will push towards better health, immigration policy, education, and jobs. Together, we will be beyond.

Dr. Tung Nguyen is Chair of the President’s Advisory Commission on Asian Americans and Pacific Islanders.