May 12, 2014 at 7:11 PM ET by David Hudson
Twitter Facebook Email
Summary:
The President and Vice President welcome some of the country's best law enforcement officials to the White House, honoring their remarkable service and sacrifice.

This afternoon, the President and Vice President welcomed America's "TOP COPS" – some of our nation's best law enforcement officials – to the White House to honor their remarkable service and sacrifice.

The TOP COPS are chosen each year by the National Association of Police Organizations, after being nominated by their fellow officers for their notable service during the previous calendar year. And as the President explained, all of today's honorees – officers, detectives, patrolmen, special agents, and troopers – shared one thing in common:

When the moment came – when the shooting started, or a bomb went off, or a hostage was taken, or a child screamed for help – they did not hesitate. They went into action. They ran toward the danger – not away from it. And they risked their lives to save the lives of others.

Vice President Biden echoed these comments in his own remarks, saying that the act of putting on the police shield each morning is, in and of itself, "an act of bravery."

President Obama also took the opportunity to thank the officers' families, for supporting the officers every step of the way. "We know it takes a lot of courage to be a cop," said the President, "but it also takes a lot of courage to love a cop – and to send them off to work every single day with a hug and a prayer for their safety. So all of you are heroes in my book, as well." 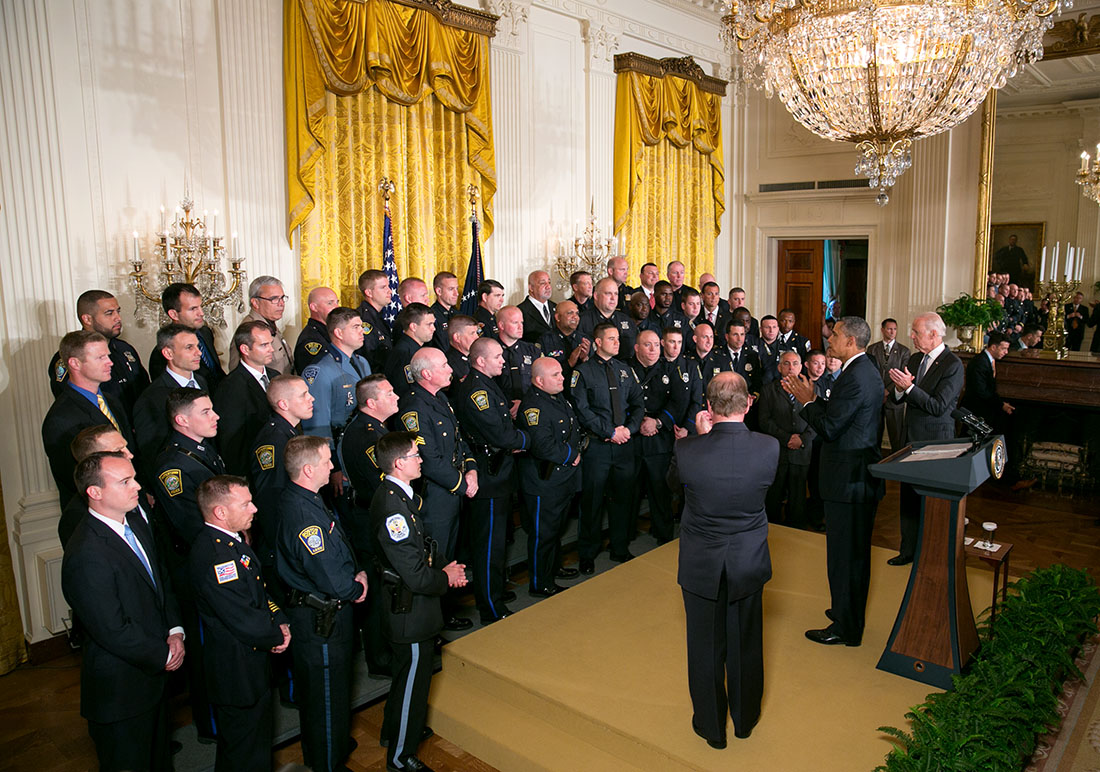