May 21, 2014 at 5:59 PM ET by David Hudson
Twitter Facebook Email
Summary:
President Obama welcomes the Seattle Seahawks to the White House in honor of their 2014 Super Bowl win -- the first championship in the team's 38-year history.

Today, President Obama welcomed the Seattle Seahawks to the White House in honor of their Super Bowl win this past season – the first championship in the team's 38-year history.

But the President also explained how the Seahawks are making just as strong of an impact off the field – whether it's quarterback Russell Wilson visiting kids at the Seattle Children's Hospital every single Tuesday, or coach Pete Carroll helping at-risk youth steer clear of drugs and violence through his "A Better Seattle" and "A Better LA" organizations.

"That spirit of working hard and giving back has endeared this team to its fans in a way few cities can replicate," the President said.

And the Seahawks fans – known as "the 12s," because a football team only has 11 players on the field at a time – played an undeniable role in the championship run as well, setting two Guinness World Records last season for the loudest crowd noise at a sporting event. 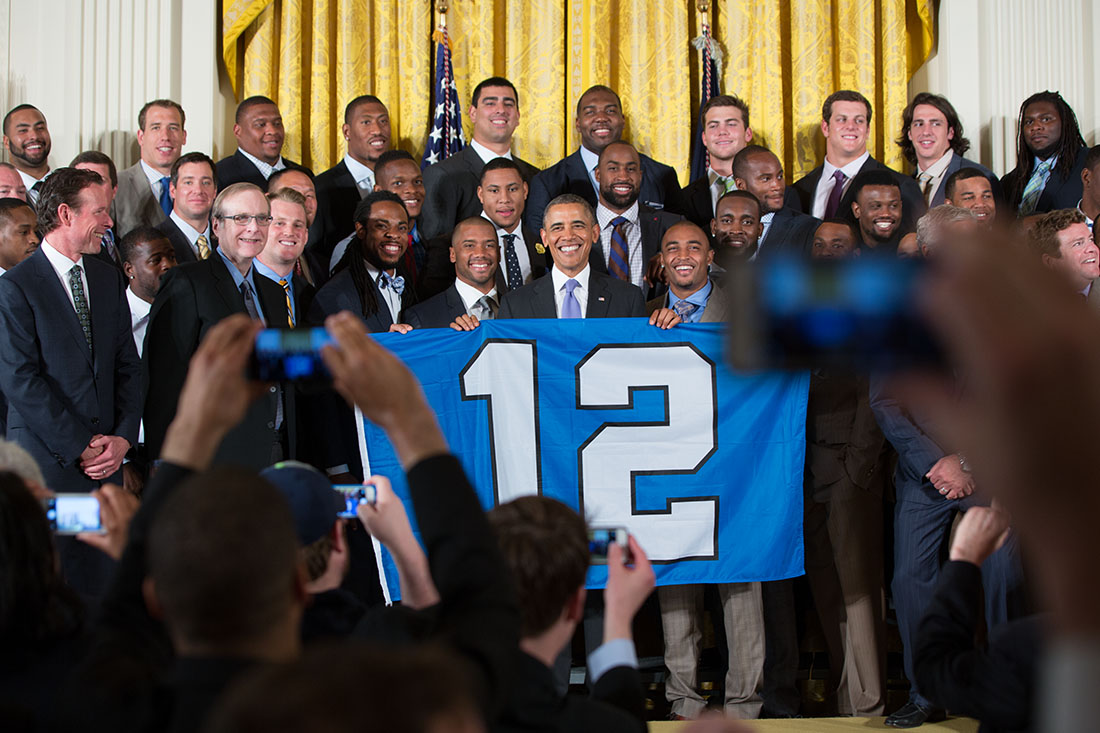 President Barack Obama holds a 12th man flag with the Super Bowl Champion Seattle Seahawks during an event to honor the team and their Super Bowl XLVIII victory, in the East Room of the White House, May 21, 2014. (Official White House Photo by Pete Souza)