The President Talks Tourism at the Baseball Hall of Fame

May 22, 2014 at 7:23 PM ET by David Hudson
Twitter Facebook Email
Summary:
President Obama visits the Baseball Hall of Fame in Cooperstown, New York, to talk about the impact that travel and tourism have on our country.

This afternoon, President Obama became the first sitting President in U.S. history to visit the Baseball Hall of Fame in Cooperstown, New York.

After taking some time to enjoy the baseball history and memorabilia at the Hall -- which will be celebrating its 75th anniversary this summer -- he talked about the impact that travel and tourism has on our country.

Today, I’m here in Cooperstown to talk about some new steps that will lead to more tourism not just within America but getting more folks to come and visit the treasures, the national treasures that we have all across this country, including the Baseball Hall of Fame right here in Cooperstown -- because tourism translates into jobs and it translates into economic growth.

"When visitors come here, they don't just check out the Hall," the President explained. "They rent cars; they stay in hotels; they eat at restaurants. And that means for upstate New York, the Baseball Hall of Fame is a powerful economic engine." 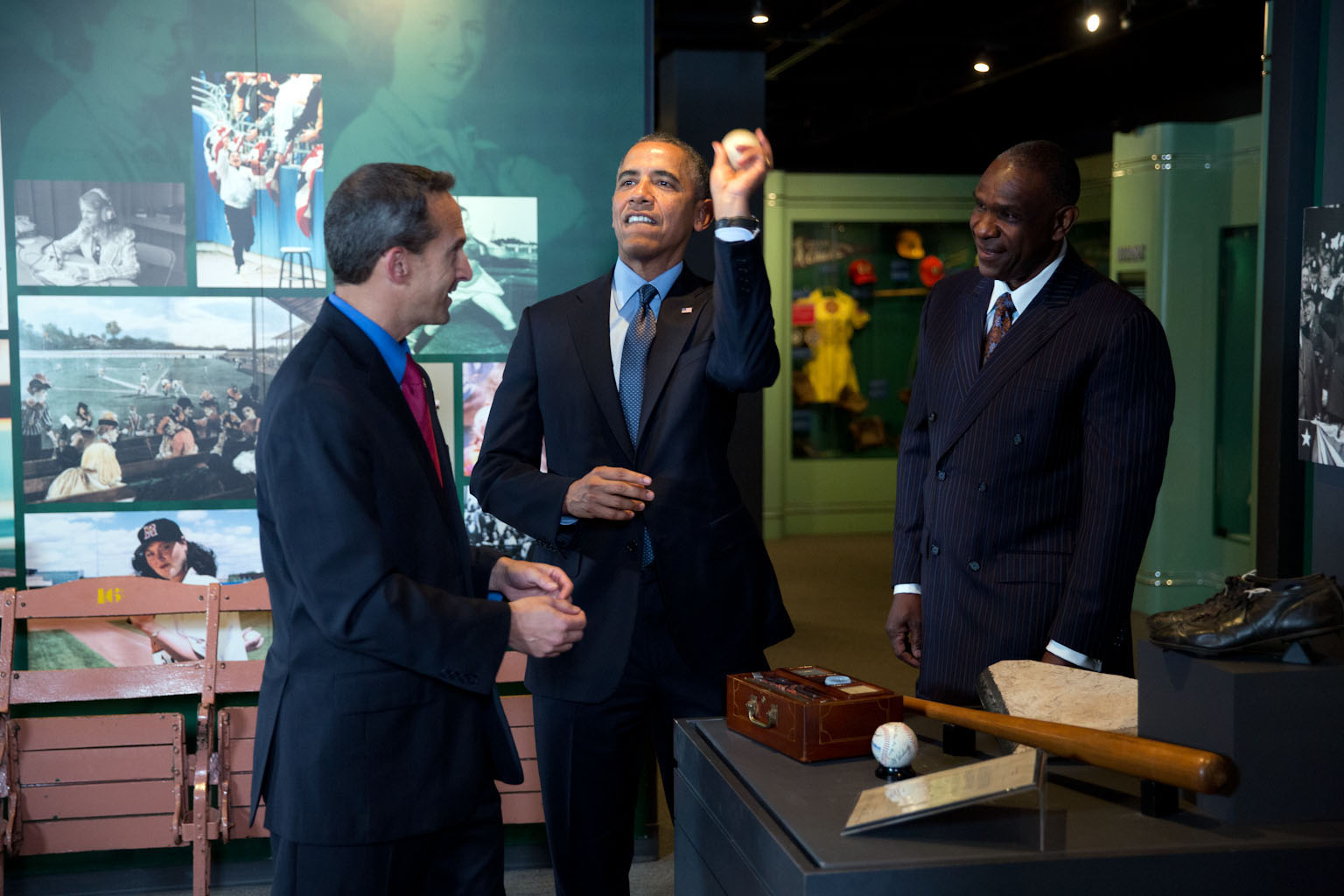 And the Hall of Fame is only one example. Last year alone, U.S. travel and tourism were responsible for $1.5 trillion in economic activity, which supported nearly 8 million jobs in communities all across America.

"When it comes to tourism, the good news is we've got a great product to sell," the President said. He recounted his walk yesterday from the White House to the Department of the Interior building, and talked about the tourists he met from Germany, Israel, Brazil, China, and Ukraine on the National Mall.

"The fact that people come from all over the world to see our parks, to see our monuments, is something we should take great pride in as Americans," he said. "And it's good for our economy." How good? Since 2010, America's travel and tourism industry has added nearly 580,000 jobs.

But despite this success, President Obama isn't growing complacent. That's why he announced new executive actions to encourage even more international travelers to visit the U.S., and to make it easier for them to do so.

"I want to turn the 70 million tourists that came last year into 100 million each year by the beginning of the next decade," the President said.

Although he admitted that "creating good jobs isn't always easy," he reiterated his faith that we can rise to the challenge:

Just as our parents and our grandparents faced challenges a lot tougher than the ones we face, and just as they went ahead and built an economy where hard work was rewarded and responsibility was rewarded, and opportunity was open to all people, we can do the same.  They passed those values on down through the generations. They passed them down to us.  And when you come to the Baseball Hall of Fame, part of what you’re learning is that there is some eternal, timeless values of grit and determination and hard work and community, and not giving up, and working hard.  Those are American values -- just like baseball.

And there’s no reason we can’t do the same.  That’s what I’m going to be working on as long as I’m President of the United States.  I’m going to be fighting to make sure that those values live out in better jobs, higher wages, stronger economy, stronger communities.  And I hope you’ll join me.