Investing in Our Ports and Infrastructure

May 23, 2014 at 1:05 PM ET by Vice President Joe Biden
Twitter Facebook Email
Summary:
A number of recent actions have helped American business and commerce — and the American workers who will benefit from more American-made goods sold across the world. But there’s more Congress can do to modernize our entire transportation system. 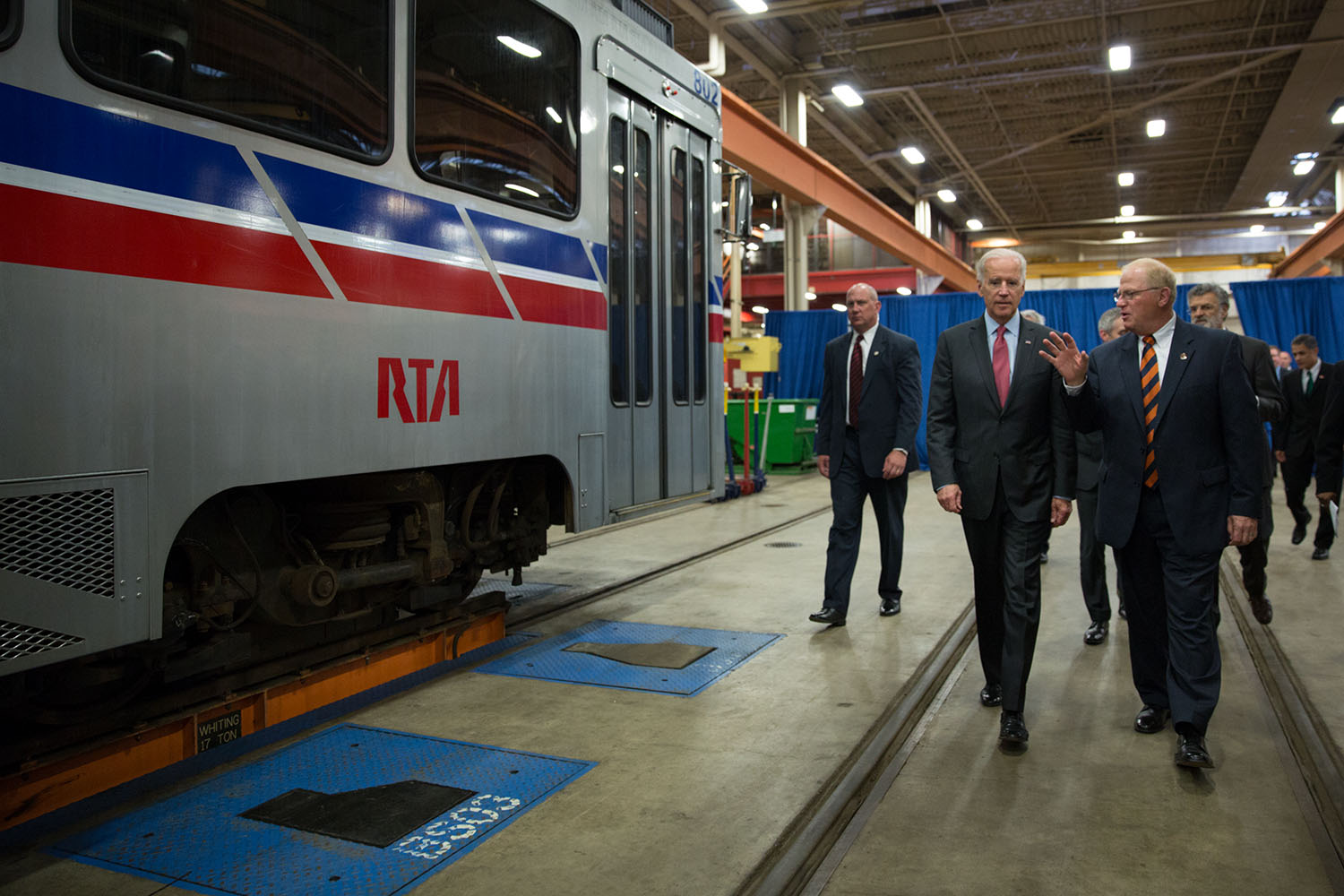 Since taking office in 2009, the President and I have traveled from coast to coast highlighting the need to put folks to work rebuilding our nation’s roads, bridges, ports, and public transit systems. Just last week, the President was in New York and I was in Ohio talking about how we’re cutting red tape to get more infrastructure projects started and completed faster.

But there’s so much more to do. That’s why it’s encouraging to see Congress pass the Water Resources Reform and Development Act of 2014, which will help modernize our water infrastructure, expand American ports, and create American jobs. Towns and cities will be able to prepare, respond, and recover from severe droughts and storms. And the bill authorizes work on important projects at places like the Boston Harbor and the Port of Savannah.

Consider that 75% of the tonnage of America’s trade — worth more than $1.7 trillion in 2011 alone — is carried on ships that pass to and from U.S. ports and across the world’s oceans. Visiting ports in Baltimore, Charleston, and Houston, I’ve seen how mayors and local leaders are leveraging federal investments — including billions of dollars through the Recovery Act — to make bridges higher, wharfs longer, and berths wider so ships can move in and out more quickly and efficiently. These U.S. ports are preparing for the new mega-ships that carry more cargo than ever before, and a Panama Canal expansion that will connect cities along the East Coast and the Gulf of Mexico with markets across Asia.

All of this is good news for American business and commerce — and for the American workers who will benefit from more American-made goods sold across the world. But there’s more Congress can do to modernize our entire transportation system.

The funding we have in place to fix and maintain the federal highway system is set to run out by the fall. At stake are more than 112,000 active projects to fix our roads and upgrade our bridges, along with approximately 5,600 projects to improve public transit systems. Together, these projects support about 700,000 jobs.

To keep this work on track, and to make additional investments to help our economy grow, the President and I have offered a vision for the nation’s infrastructure system. Our four-year, $302 billion plan would provide certainty so states don’t have to worry from month to month or year to year whether they can begin long-term projects that boost local economies. It would increase investments to keep our roads and bridges safe, reduce traffic congestion, and speed our products to market to meet the needs of a growing population and a growing economy — and support millions of American jobs. And our plan would be paid for through business tax reforms that spur investment and create jobs by closing tax loopholes that reward companies for moving jobs overseas.

The larger goal here is to continue the progress we’ve made in rebuilding our economy after the worst recession since the Great Depression. We’ve gone from losing over 800,000 jobs a month when the President and I were sworn in to creating 9.2 million private-sector jobs over 50 straight months. Those gains include 647,000 new manufacturing jobs — the most in decades. And we’re as determined as ever to create millions more good-paying jobs by investing and modernizing America’s infrastructure.

Earlier this week, Congress voted overwhelmingly from both sides of the aisle to pass the water bill. We hope the House and Senate act in a similar spirit of cooperation when they take up the surface transportation legislation this summer.

From the Erie Canal to the Transcontinental Railroad to the interstate highway system, infrastructure investments have always been bipartisan.

Put another way, we can’t afford not to invest in our great nation. Build and maintain a world-class transportation system, and millions of good-paying jobs will follow. Companies will grow and prosper as world-class enterprises — and they’ll do it from right here in the United States. And our standard of living will remain the envy of the world.

Rest assured, the President and I remain committed to doing everything in our power to put more Americans back to work and on the road to the middle class, by rebuilding America for the 21st century.

Vice President of the United States