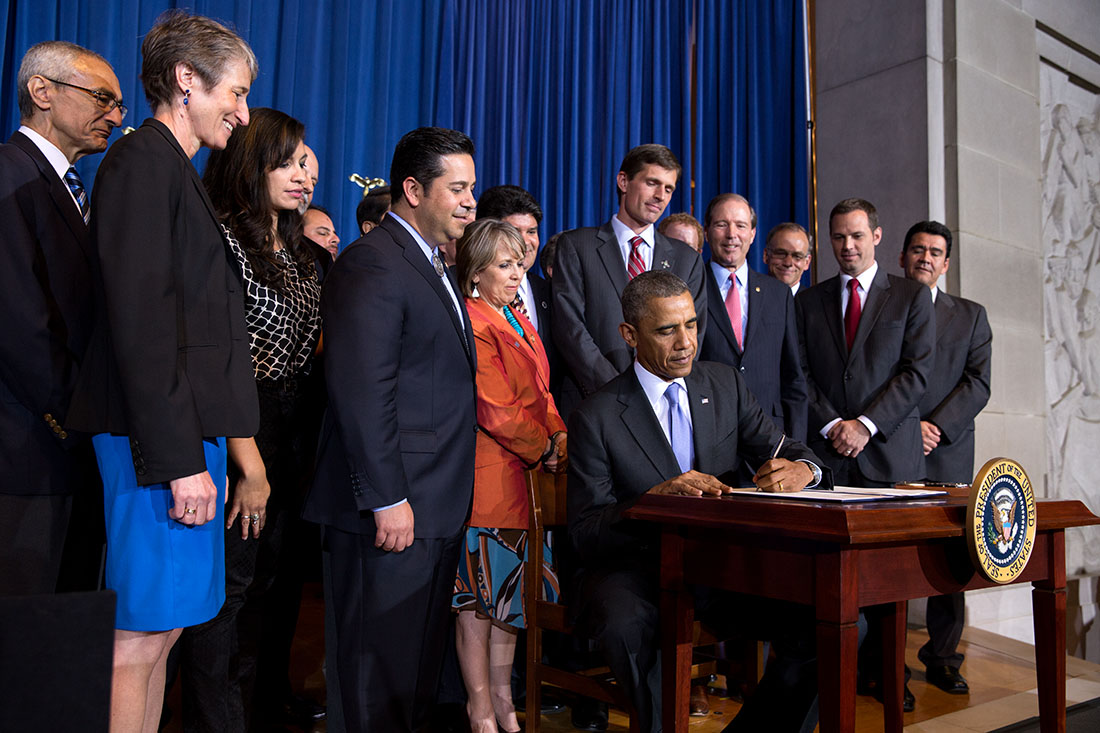 Ed. note: This is cross-posted on the U.S. Department of the Interior blog. See the original post here.

Today, we joined the community of Las Cruces, New Mexico to celebrate the President’s designation of the Organ Mountains-Desert Peaks National Monument, a breathtaking set of mountain ranges and lowlands in southern New Mexico.

This marks the 11th time the President has used his executive authority under the Antiquities Act to create national monuments, adding visibility and permanent protection to nearly 800,000 acres. Add that to the Wilderness areas and wildlife refuges he has protected during his Administration, and that’s more than 3 million acres of public lands preserved for future generations. And when the President signed the proclamation on Wednesday, he promised to do even more to protect our national landscapes and boost local tourism economies.

The public lands he has protected have great historic and cultural value for all Americans. The Organ Mountains-Desert Peaks area, for example, is home to rock art images, dwellings, and other artifacts that tell the story of the Native peoples who first flourished there. Billy the Kid’s signature – inscribed on “Outlaw Rock” in the Robledo Mountains – is visible to this day, and the remains of the bombing targets used during World War II are still visible on the landscape. Volcanic features and numerous fossil sites make the area ripe for geological and paleontological discovery. The region also supports the diverse plant and wildlife – some rare or unique – that inhabit it. And of course there’s the natural beauty, which we got to see for ourselves today as we hiked through the Dripping Springs Natural Area.

These are just some of the reasons that Tribal leaders, local governments, faith leaders, veterans, sportsmen, and community members came together to protect this land. And because of the President’s action this week, archaeologists, scientists, and historians will continue to study it for the benefit of all Americans, and our children’s children will be able to enjoy it.

In addition to its cultural, scientific, and historic value, the nation’s newest national monument is likely to create jobs and help the local economy thrive. Outdoor recreation and public lands can be powerful economic drivers, bringing in new visitors and tourism money each day. In fact, over 900 million recreational visits to public lands in 2012 generated more than $50 billion for local communities. That kind of activity supported nearly 900,000 jobs in communities that need them. In the Organ Mountains-Desert Peaks region alone, recent independent studies show that today’s designation could double the number of visitors to the area and generate $7.4 million in new economic activity each year. By taking this step, the President is investing in American jobs and American businesses.

When he gave his State of the Union address this year, the President pledged to use his “authority to protect more of our pristine federal lands for future generations.” We were proud to stand behind him this week as he followed through on that pledge and said he wasn’t finished. He’s going to continue doing everything in his power to protect our national landscapes for generations to come – a commitment that is sure to promote jobs and economic growth along the way.