"We Stand in Awe of Your Service": President Obama Makes a Surprise Trip to Thank Troops in Afghanistan

May 25, 2014 at 2:43 PM ET by Lindsay Holst
Twitter Facebook Email
Summary:
The President made a surprise Memorial Day weekend visit to Bagram Air Base in Afghanistan, where he thanked the troops and civilians stationed there for their service to our nation. 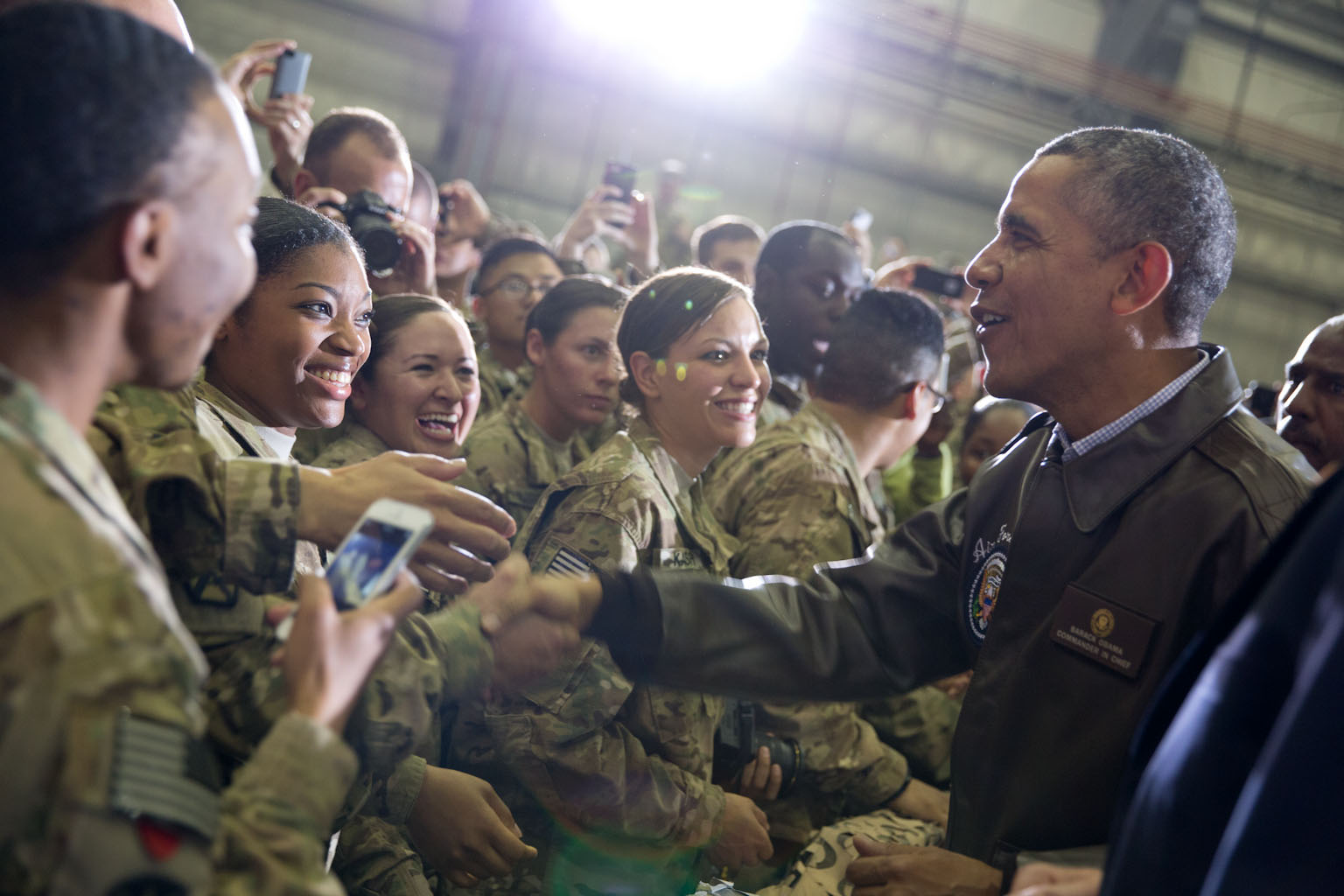 President Obama made a surprise visit to Bagram Air Base in Afghanistan today to thank the American troops and civilians stationed there for their service.

Following an opening performance by Brad Paisley, the President addressed about 3,000 troops in a hangar on the base.

He let them know that he was there "on a single mission" -- and that was to say thank you.

The President went on to say that, after more than a decade of war, we're at a "pivotal moment" in Afghanistan.

Last year marked a major milestone -- for the first time, Afghan forces took the lead to secure their own country. And today, you’re in a support role -- helping to train and assist Afghan forces. For many of you, this will be your last tour in Afghanistan. And by the end of this year, the transition will be complete and Afghans will take full responsibility for their security, and our combat mission will be over. America’s war in Afghanistan will come to a responsible end.

The President also noted that our progress in Afghanistan has come "at a heavy price."

Tomorrow is Memorial Day. At bases here in Afghanistan and towns across America, we will pause and we'll pay tribute to all those who’ve laid down their lives for our freedom. And that includes nearly 2,200 American patriots who made the ultimate sacrifice, that last, full measure of devotion, right here in Afghanistan. I know you’ve stood in front of those battle crosses. I know many of you carry the memories of your fallen comrades in your heart today. We will honor every single one of them -- not just tomorrow, but forever.

In closing, the President described how, in spite of all our country has been though, "our flag is still there."

Following his remarks, the President also visited with wounded troops in the military hospital at Bagram Air Base.